Colin Kaepernick is called a distraction, but from what?

It’s imperative to cut through the noise surrounding Colin Kaepernick’s current unemployment, and nothing is noisier than the idea that NFL teams will not sign Kaepernick because he is a “distraction.” It’s football’s laziest cliché, a catchall for anything or anyone a team might not like.

Stop hiding behind code. Stop trumpeting the idea that sports are the ultimate meritocracy, then shrugging and say “thems the breaks” in the face of a visible potential case of discrimination. It’s intellectually disingenuous at best, indefensible cowardice at worst and sounds eerily like the worst of past evaluations and coverage of black athletes.

Scrutinize these notions. Either one is saying the fans are simply too intolerant to handle their disagreement with Kaepernick, or that Kap should have just kept his mouth shut. Treating Kaepernick as a “distraction” means avoiding two important questions: distraction from what, and who would be distracted.

Dan Graziano of ESPN touched on the way “distraction” is thrown around to the point of being almost meaningless, but he didn’t mention something important: We don’t have to blindly guess about what would happen if a team added Kap. We have seen what it’s like for a team to have post-protest Kaepernick on its roster.

And that’s a problem for the distraction truthers. There’s no evidence Kap’s presence made the 49ers worse. Was the locker room divided along fissures of race and politics? Would they have won four games had he stood for the anthem every game?

None of those things were true of the 2016 San Francisco 49ers, unless being distracted is why Niners receivers dropped so many passes (according to analyst Cian Fahey, Niners receivers had the highest drop percentage in the league). Coach Chip Kelly, who arrived under a cloud of suspicions from his former players that he couldn’t handle independently-minded black players, didn’t find Kaepernick impossible to work with. The Niners didn’t splinter along political or racial lines; in fact, many players said Kap started valuable conversations. The media — the primary generator of distractions — didn’t cover Kaepernick endlessly before he took over as starting quarterback for Blaine Gabbert or after. No matter what Joe Thomas says, the backup quarterback only becomes a hot topic when fans want him to start, and those who hate him want anything but that.

So what does “distraction” mean? After all, Kaepernick has said he will stand for the national anthem from now on. If that action was offensive — remember the “I’m OK with the message, but not the method” crowd? — that’s off the table. All that’s left is the man himself and what he’s come to represent.

Those offended, and those who would take no issue with the NFL capitulating to their hurt feelings, should state their actual problem with him. Then … we could discuss how problematic views are accepted while a call for fairness could end in banishment.

Or we could address what makes it so difficult to tease out exactly why Kaepernick remains jobless — it’s hard to tell if he’s being treated as an unruly black man, or just as a black quarterback. So many are forced to take the word of scouts — those who talk to scouts — when the rap on Kaepernick as a quarterback sounds exactly like what we’ve heard before about scores of black quarterbacks, decade after decade. Not even Cam Newton, 2015 NFL MVP, could shake the rap of being a “mobile” quarterback who couldn’t read a defense, even as he carried subpar offensive talent — skilled and otherwise — for six seasons. When so many analysts swore the aforementioned Gabbert was a better pro prospect than Newton, how can we trust those same guys when they swore Gabbert was better than Kaepernick in San Francisco? Or the ones who offered rationalizations for how Mike Glennon became a starting-caliber quarterback by riding the pine for two years in Tampa Bay, but refused to acknowledge Kap’s indisputable improvement last year?

And, then perhaps, we could address the cruelest irony of this. Kaepernick’s stand was a refusal to pay homage to American ideals because he couldn’t ignore America’s reality. Now, writers and fans are ignoring those same ideals and their defense of that outlook is … its reality.

As of this writing, we’re all guessing about why Kaepernick doesn’t have a job. We could dress that up with words such as “hypothesize” and “conjecture,” but all anyone can do is try to figure out why someone obviously good enough to play in the NFL, at its scarcest position, hasn’t received a substantive phone call from a general manager. There’s enough circumstantial evidence to arrive at any conclusion, whether or not one set his or her GPS to that destination.

But let’s stop pretending teams are that afraid of “distractions.” Don’t forget the New York Giants, one of the “classy” organizations, held on to a kicker embroiled in controversy after abusing his wife until the story got too big to ignore. Joe Mixon’s incidence of violence against a woman, captured on video, will hang over the rest of his life, and some team will happily take him at a discounted price in the 2017 NFL draft. And never forget — after a poor passing season and flipping off home fans in 2006, Michael Vick was running low on chances. Then he became a national dogfighting pariah in 2007, convict in 2008, backup quarterback in 2009, quasi-feel-good story in 2010 before becoming the NFL’s first two-time $100 million man in 2011. And somehow, the Eagles kept their fans and the team didn’t lose its mind. It seems NFL teams are better at focusing than they give themselves credit for. 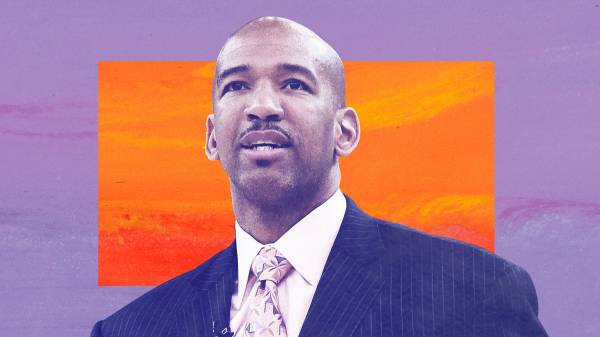 There’s a problem when those in the business of being curious insist that there’s nothing to see, despite history and the fact there was more interest after Kaepernick’s horrible 2015 season — from those including Trump supporter and Broncos head honcho John Elway — than after his better, healthier 2016 campaign. At once, so many say the NFL is win-at-all-costs while saying teams should acquiesce to the views of their owners and fans, while never attempting to reconcile those conflicting takes.

Kaepernick is good enough to play quarterback in the NFL. Few are run out of the league after posting a 4-to-1 touchdown-interception ratio with someone like Jeremy Kerley as his top receiving threat. Yet none of us are sure he ever will take the field again. That wouldn’t be “the breaks.” That would be a league that uses the power of nonguaranteed contracts to not only maintain the status quo, but enforce it. That would be a league whose players deal with the specter of the police every day, but stands in solidarity with those who want to make their players’ lives more difficult than they should be.

Those are ideas all of us should be questioning. Instead, most football fans would rather avoid what’s real, and far too many with the power to reach them insist upon doing the same.

Bomani Jones is the host of ESPN's "High Noon" and "The Right Time" podcast. Apparently, he's taller than he appears to be on television.