Kaepernick stood his ground — and the NFL finally backed down

Facing the most formidable foe of his career, Kaepernick stood his ground — and the NFL backed down. Although the terms of the league’s settlement with Kaepernick and Eric Reid — close friends and former San Francisco 49ers teammates who, in collusion grievances, alleged owners conspired to keep them unemployed because of their political activism — announced Friday are cloaked in a confidentially agreement, Kaepernick’s victory is as clear as his talent as a quarterback.

The NFL finally admitted as much, ending its lame arguments about why Kaepernick remains unsigned after last playing for San Francisco in 2016. That was the year Kaepernick sat and then kneeled to draw attention to police brutality and systemic oppression. Reid was the first player to kneel alongside him.

At the Super Bowl in Atlanta last week, NFL commissioner Roger Goodell continued to push the company line, essentially saying no teams believe that Kaepernick is capable of helping them win. It’s one thing to offer that tripe to the media. It’s quite another, however, to convince an arbitrator that none of the league’s 32 teams could use a passer who has made 58 career starts, helped a team reach a Super Bowl, is only 31 years old and has the fourth-best touchdown-to-interception ratio of all time.

Kaepernick’s grievance was expected to go to a full hearing sometime this year, and the NFL was facing the possibility of massive financial liability if it lost. Without a winning hand, the NFL decided to fold, said Stanford Law School professor William B. Gould IV.

An expert in labor law, Gould has closely monitored the developments surrounding the Kaepernick and Reid grievances. He wasn’t surprised by the league’s exit strategy.

“The NFL had to have some measure of concern about substantial liability,” said Gould, who served as chairman of the National Labor Relations Board from 1994-98. “The damages [awarded to Kaepernick] could have been considerable. For Kaepernick [to settle], it seems to me this has to be [financial] compensation. And I would think substantial compensation. Kaepernick certainly comes out of this a winner.”

The NFL is the most powerful sports league on the planet. It has virtually inexhaustible financial resources. It has top-notch lawyers. And it is fiercely protective of its image — the whole thing about not tarnishing the shield and all.

For the NFL to have settled with Kaepernick and Reid, who alleged that the owners attempted to ruin their careers because they chose to shine a light on racial injustice, well, that’s a horrible look for Goodell and the billionaires whom he serves. And the fact that the league found this option more palatable than continuing its fight reveals the level of its long-running palpable concern about the Kaepernick-Reid situation.

It wouldn’t be surprising if the league, on failing to have Kaepernick’s collusion grievance dismissed last August, began re-evaluating its position.

Gould believes that with so many smart people in the NFL’s New York headquarters, someone probably suggested it was time to find a back door.

The fact is, except for fans who disagree with Kaepernick’s politics and the broadcasters and writers who carried the league’s water on the nonsensical Kaepernick-isn’t-good-enough-to-be-on-an-NFL-roster argument, it was clear that something was going on that had nothing do to with football.

The Washington Redskins helped prove that.

After starter Alex Smith suffered a potentially career-ending injury in November, the Redskins signed failed 32-year-old passer Mark Sanchez. After Sanchez did what Sanchez does, the Redskins dipped back into the free-agent quarterback market and signed Josh Johnson, who’s also 32 and who had not thrown a pass in a regular-season NFL game since 2011.

What’s more, since Kaepernick has been on the outside looking in, the list of ridiculously ineffective quarterbacks who have been signed is as long as it is laughable. It’s as if the league posted a sign in flashing red neon at every stadium that read, “Don’t believe what your eyes are seeing. All of these guys are actually better than Kaepernick.”

I mean, the Jedi mind trick doesn’t work on everyone.

The woeful performances of many players at Kaepernick’s position, the most important position in sports, undercut the league’s argument every day of the week and twice on Sundays.

Even after Reid returned to work in late September last season and signed a multiyear contract extension this week, there wasn’t even a whisper in the game about doors potentially opening for Kaepernick. Because a full hearing on Kaepernick’s grievance was drawing closer, the league was under increasing pressure to come to the realization it finally did.

As I wrote a while ago, Kaepernick will never again play in the NFL. But labor lawyer Thomas A. Lenz said the NFL is most likely paying a whole lot for what it has done to Kaepernick. Perhaps even more than $10 million in the settlement.

“Over the Super Bowl period, with so much attention on Kaepernick, it [the pressure] seemed to mount,” said Lenz, a lecturer at the University of Southern California’s Gould School of Law. “And in terms of the settlement, it’s pure speculation at this point, but you could be looking at a couple of seasons of pay, whatever perks there might have come from a typical season under contract and endorsement opportunities he may have missed out on because he was not playing. There’s a whole range of things. I don’t think a settlement of [many millions of dollars] would be wild speculation at all.” 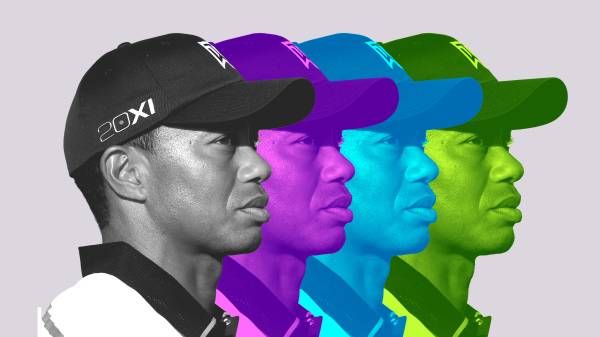 Of course, while Kaepernick’s fans will celebrate his victory, there’s also an inconvenient truth that must be addressed. Reid has publicly bashed Malcolm Jenkins and Anquan Boldin, the co-founders of the Players Coalition, for accepting money from the NFL to fund social justice work. Now, Reid and Kaepernick are likely taking the NFL’s cash as well.

On its face, that’s difficult to reconcile.

But the thing is, no matter where one stands on the NFL-Players Coalition partnership, Kaepernick and Reid should be applauded for fighting after they became convinced that their careers were illegally derailed. Especially Kaepernick. After absorbing a lot of hits throughout his toughest battle, he showed he’s a winner.