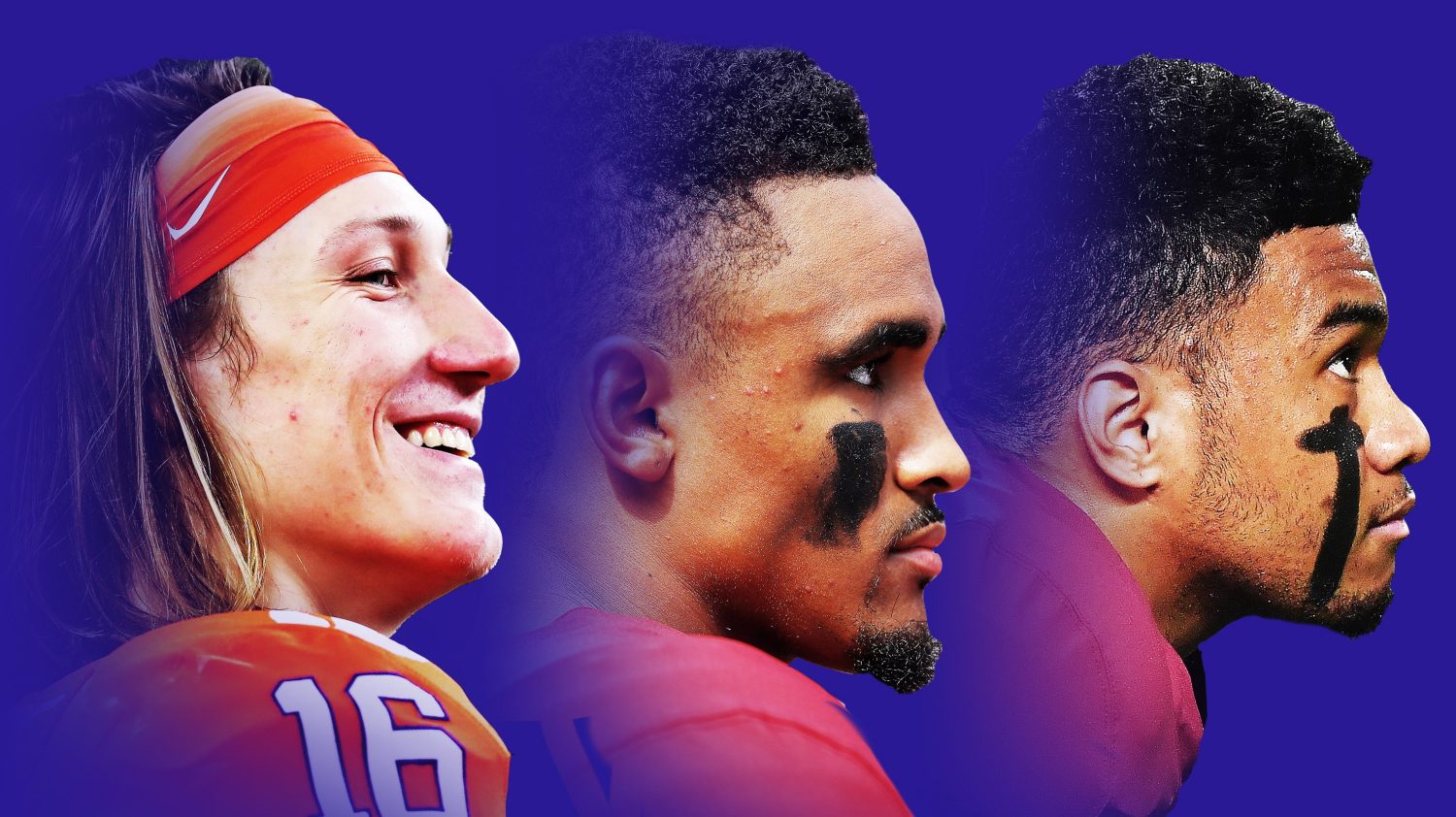 Will it be Tua Tagovailoa, Jalen Hurts or Trevor Lawrence?

Should Alabama win, the victory will be yet another jewel in Nick Saban’s crown as the unchallenged king of head football coaches. He’s won five national championships at Alabama and won another at LSU. But should Dabo Swinney lead his Clemson team to victory over Alabama and Saban in a national championship game, his second such triumph in three seasons, Swinney will make a strong case to be 1A to Saban’s No. 1, especially with Urban Meyer retired from Ohio State.

State of the Black NFL Fan

Tagovailoa came off the bench in last season’s championship game and erased a 13-point deficit to carry his team to a 26-23 victory over Georgia. This season, Tagovailoa has been brilliant, leading his team to an undefeated season and a shot at a second consecutive national title. He’s thrown 41 touchdown passes and just four interceptions. With a second consecutive college football championship game win, Tagovailoa will stand alone atop the big-time college football heap, and the Hawaiian could go for a three-peat as a junior next year.

With 27 touchdown passes and just four interceptions, Lawrence has starred as a freshman. If he can lead his team to victory Monday, the Georgian could become more popular than mint juleps in South Carolina.

Nevertheless, both quarterbacks took their positions at the expense of players whose pro football dreams have been deferred: former starting quarterbacks Jalen Hurts at Alabama and Kelly Bryant at Clemson.

But what of it? Big-time college football is a big business, one in which the players aren’t openly paid salaries. Not many tears are shed for athletes whose pro dreams are deferred or even shattered in college. The athletes are reminded again and again that big-time college football programs value winning over the aspirations, hopes and dreams of individual players.

Besides, Hurts and Bryant might yet become quarterbacks in the NFL, just as Cam Newton, Russell Wilson and Baker Mayfield did after transferring to new colleges.

I’ll be thinking about Hurts and Bryant on Monday night. Bryant, who took last season’s Clemson team to the College Football Playoff, has said he’ll transfer to Missouri. Hurts starts Monday’s game on the Alabama bench, an uncomfortable perch for someone who has been a star. He’s 26-2 as a starter at Alabama. He’s taken his team to two national championship games. Yet he had to come off the bench for an injured Tagovailoa in the SEC title game, his fourth-quarter heroics leading ‘Bama to a 35-28 win over Georgia.

In big-time college and pro sports, stars shine. Sometimes they burn out with age, injury or scandal. But sometimes they fall into the shadow of even brighter stars. And sometimes they rise somewhere else, heroic in the glow of a second chance.