Baltimore Ravens linebacker Elvis Dumervil laughs as he recalls the question fans ask him the most.

Who named you Elvis?

“My name is pretty,” he said. “Let’s just say I don’t think I’ve ever met another Elvis Dumervil who is black! The truth is my father came from Haiti and he was a big Elvis Presley fan. In his mind, he felt you name your kid by how you want them to be when they get older. He was like, ‘Elvis was a star, so that’s why I named you Elvis.’ It’s definitely catchy.” Dumervil (currently sidelined with a foot injury) is known for more than just big hits on the field. He spends most of his offseasons overseeing a project that will build 58 homes in Haiti as the country recovers from a series of natural disasters. “The cool thing about it is, it’s the labor of the people in Haiti that’s structuring these homes. They’re being taught a skill. They’re learning a trade … The help is going further than just having a home.” And outside of offseason activities, Dumervil can be found scrolling Twitter, learning more about Miami’s real estate market, or hoping to get back to his Street Fighter days.

Twitter. I need to get better, though. I haven’t done the Snapchat stuff. I follow Forbes. I follow ESPN, and different entities. It’s like a way of news-reading and seeing what’s happening. Sometimes I don’t want to see certain things, but it’s a way of educating yourself on what’s happening with whatever topic you want to follow up on.

Those Google Facts kill me sometimes. A lot of the time … I’m in and out, and my shirts are always wrinkled. They were like, ‘You grab three or four cubes of ice, throw it in the dryer for five minutes and it helps get the wrinkles out.’ Just little weird things like that.

What’s your most frequently used emoji?

I like the pouty face or the side-eye. The one you use when somebody says something crazy.

What’s that one app you love that no one else loves?

I travel a lot, so I use my Monopoly app. I’m big into Monopoly and it’s a cool game.

What’s the last show you binged?

I think Scandal. I haven’t caught up, I don’t know if it’s over yet, but I like Scandal. It’s a lot of drama. Shonda Rhimes can create, and she’s pretty good.

“I own like 300 multifamilies … I’m big into real estate in the Miami market.”

What will you always be the champ of?

Street Fighter video games. Seriously. That was back in my era before Call of Duty and all that craziness. Back then, there was the arcade and you go with your quarters. My mom used to go to the laundry and wash our clothes. In Miami, there were always quarters laying around the streets by the laundromat and I always used to find some — that was my way to not be in the streets. I just played video games.

What is the last thing you Googled?

Something regarding real estate. I own like 300 multifamilies. That’s kind of what I do during the offseason, as well. I’m big into real estate in the Miami market, and learning about … the business, the loans and managing assets and financing and all that. It’s … always [good to] educate yourself.

What is one thing you did in the past year that you never thought you’d do?

Probably … go in a helicopter.

What’s the last stamp on your passport?

Who would you want to play you in your biopic?

Denzel [Washington] is getting older, so I don’t know. That’s a great question.

What is the most embarrassing music you have to admit you listen to?

What’s the last concert you went to?

The last concert I went to was Jay Z and Kanye [West] — that was a few years back in Miami. My first I think was T.I.

Where does your courage come from? 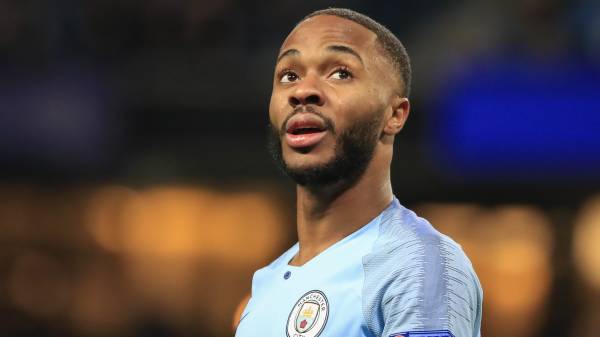 It comes from my upcoming. You have faith in God … from there, your parents. My mom was a big inspiration in my life growing up. She worked multiple jobs … she was a hardworking lady. My father was able to bring us, well, my mom at the time, to this country. He had a lot of courage to do what he did, because at that time in the ’70s, no one was coming to Miami. There were a lot of drugs and gang wars happening. It wasn’t like it is now. So for him to think, ‘I want to leave Haiti and go to Miami,’ it was encouraging, no doubt.

In life, what keeps you undefeated?

I’m not going to say ‘undefeated.’ To me, it’s more … you may lose battles, but at the end of the day, you try to strive to win the war. That’s kind of the thing. It’s not what happens, it’s how you respond to it. That’s just the way I live life.