Damian Lillard’s inspiration for his ‘Hecklers’ Dame 6s with Adidas

Damian Lillard can still recount moments from the night of Oct. 25, 2018, when the Portland Trail Blazers traveled cross-country to face the Orlando Magic in their first road game of the 2018-19 season. Lillard, one of the most feared point guards in the league, started off the game struggling. He was unlike himself.

At the 6:55 mark of the first quarter, Lillard — a career 89% free-throw shooter — toed the charity stripe for a technical foul shot and missed to the tune of taunts from one particular fan who he remembers sitting behind the Magic’s bench. At the end of the second quarter, he returned to the line and clanked the back end of a pair of free throws.

“I don’t really miss free throws like that,” Lillard — now a four-time All-Star, whom the Trail Blazers drafted in 2012 out of mid-major Weber State University — recalled. “The dude on the sideline was like, ‘ … What is Weber State? … You’re not an All-Star! … You missing free throws and you’re not gonna show up!’ … He just was like nonstop. It was like he just came to the arena knowing he was going to be on my case. I kind of wasn’t paying him no mind … but as the half went on, he just seemed like he was just getting louder and louder.”

Lillard scored just seven points on 2-for-8 shooting from the field in the first two quarters of the game, but got a coast-to-coast layup to fall as the halftime buzzer sounded. Before returning to his team’s locker room, Lillard made sure to pass the fan who let him hear it all in the first half.

In the second half, Lillard shot 11-for-15 from the field, including 5-for-8 from 3-point range, while barking toward the sideline after each bucket. In Lillard’s mind, the only two people in the arena for the final 24 minutes of the game were him and the obnoxious fan.

“Every time I scored and was running back, I just kept looking at him like, ‘I can’t hear you!’ … like, ‘What you got to say now?’ ” Lillard said. “He just was sitting there looking crazy … It wasn’t nothing he could really say.”

Lillard put up 34 points in the second half — the most ever scored by a player in a single half in franchise history — to finish with a game-high 41. The Blazers won 128-114. And the heckler became a cautionary tale — one Lillard continues to commemorate on his signature shoes with Adidas:

“Hecklers get dealt with.”

Cem Eren, a Turkish strength and conditioning coach born and raised in Germany, has spent the past 3½ years training Lillard during the offseason. Part of Eren’s job is to train the All-Star point guard’s mind for fourth quarters and moments like he experienced in Orlando, Florida, in October 2018. So Eren will intentionally “aggravate” Lillard during their workouts that primarily take place in a boxing ring at the bodybuilder-turned-trainer’s gym, Gem Fitness, located southeast of Portland, Oregon. He’ll knock him around, and be in his ear talking trash. Eventually, Lillard reaches another gear.

“Dame is a big-time hunter,” Eren said. “You ever watch lions? You ever see lions in documentaries? They’re really slow, waiting for that right moment. You gotta be calm, relaxed. You gotta have vision. You can’t be hunting when your eyes are all over the place. That doesn’t work, right? You gotta be really precise … That’s hunting. That’s real hunting. Ruthless, vicious. It’s definitely one of the greatest qualities he has. It goes back to character. That’s gonna take you to that full level of how you deal with things.”

On the night he silenced the heckler behind Orlando’s bench, Lillard hopped on Instagram and posted a picture of himself yelling to the sideline during the game, with the caption “Get dealt with. #RipCityOnTheyA–.”

Soon, he’d take it even further.

Lillard, who joined Adidas in 2012 ahead of his first season in the NBA, had a meeting with his design team at the three stripes. He presented the phrase from his Instagram caption — but with one word added to the beginning.

Two-and-a-half weeks after his heroics in Orlando, Lillard posted a picture on Instagram of him wearing his latest pair of player exclusive (PE) kicks — a predominantly white pair of Adidas Dame 4s (the signature model he was wearing at the time), featuring yellow stripes, 🤐 emojis on the inner side panels of each shoe and, of course, “Hecklers” on the left heel and “Get Dealt With” on the right heel.

In December 2018, Lillard debuted his next signature model, the Adidas Dame 5. And by the 2019 NBA playoffs, he broke out “Hecklers Get Dealt With” Dame 5 PEs in both white and black colorways.

My round 1 #KicksOnCourt: #Dame5 Hecklers Get Dealt With 🤐 PE (Game 1), #Dame5 Ira Jenkins/Brookfield Park Gym PE (Game 2 and Game 5), #Dame5 Jam Fest PE (Game 3) and #Dame5 Red/Black PE (Game 4). Which round 1 colorway were y’all feelin the most? What colorways do y’all want me to wear in round 2? Hit the link in my bio to find all the #Dame5 colorways that are out right now. #NBAKicks #NBAPlayoffs #RipCity @adidasHoops

🤫🤐 Another “Hecklers Get Dealt With” colorway of my #Dame5 for round 2. /// #KicksOnCourt #NBAKicks #NBAPlayoffs

As Taylor steered the design process of the Dame 6 — the first shoe he was assigned to work on with Lillard — he and his team assured that the “Hecklers Get Dealt With” storytelling continued on the latest model.

The phrase is incorporated into the design of the newest models of his latest signature sneaker, the Adidas Dame 6, which debuted in November 2019. On Saturday, Adidas will drop the “Hecklers” Dame 6 pack that includes four colorways (black, blue, orange and yellow), all of which feature graphic prints of the zipped-up mouth emoji, as well as a scrambled pattern of his trademark one-liner. 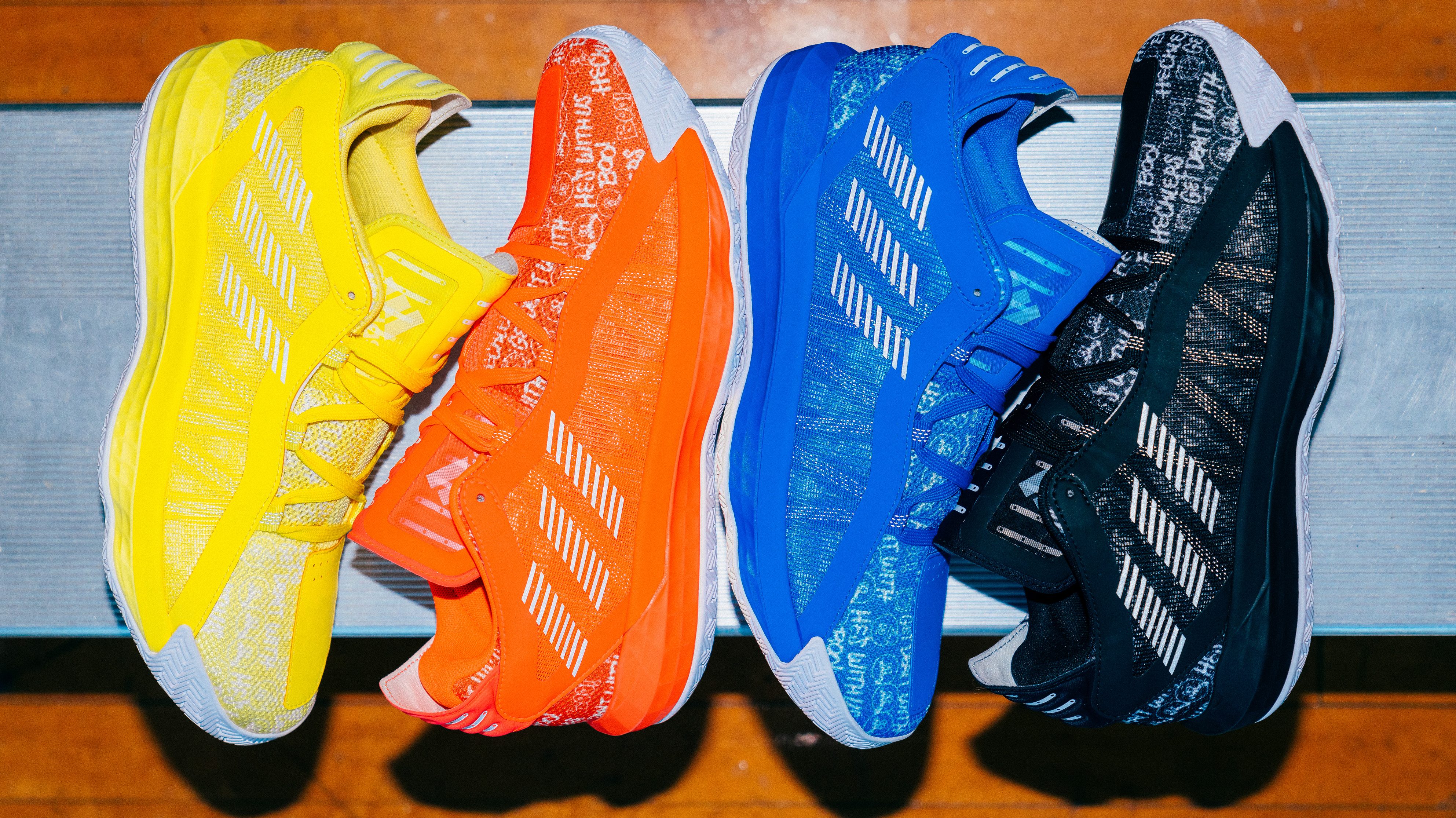 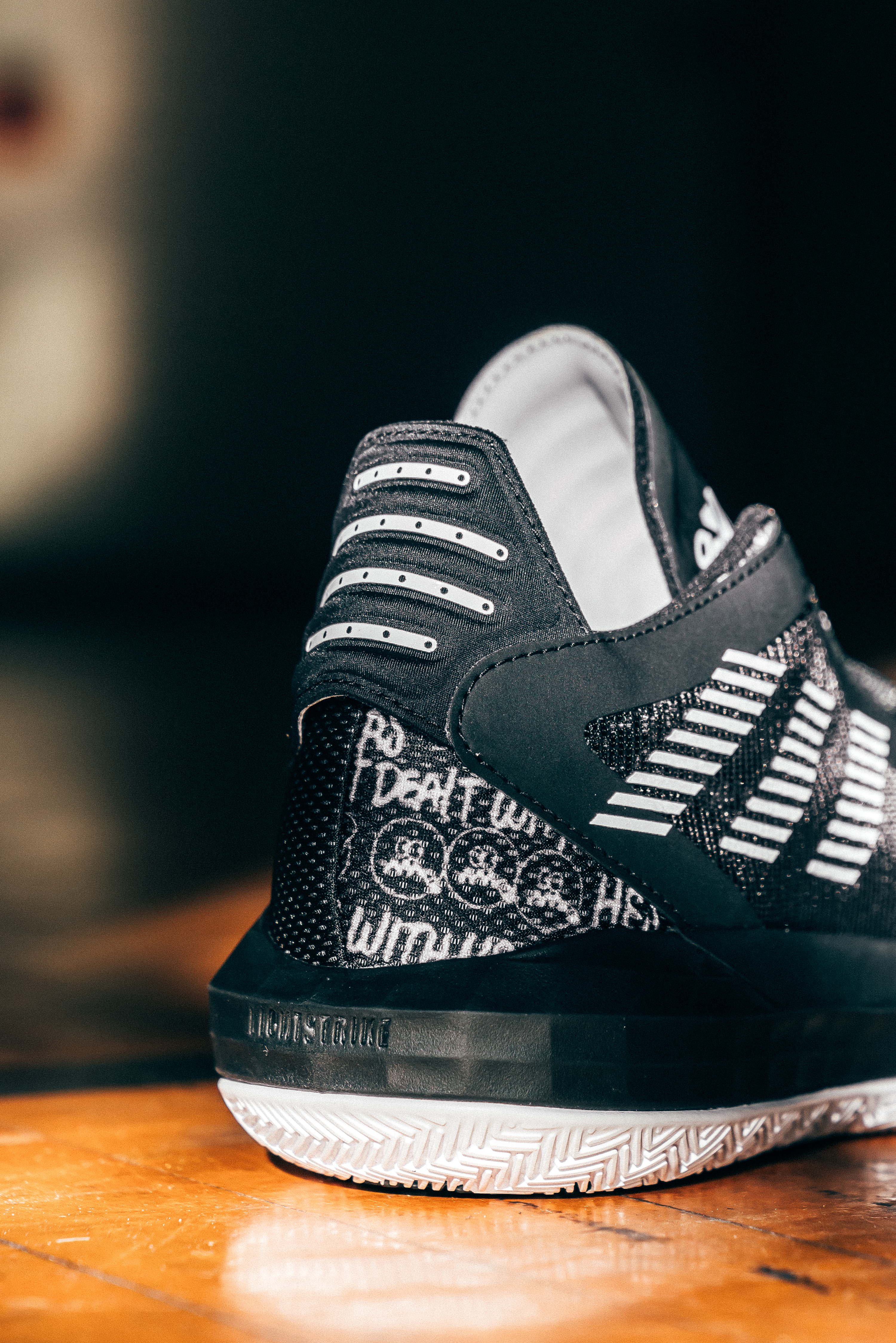 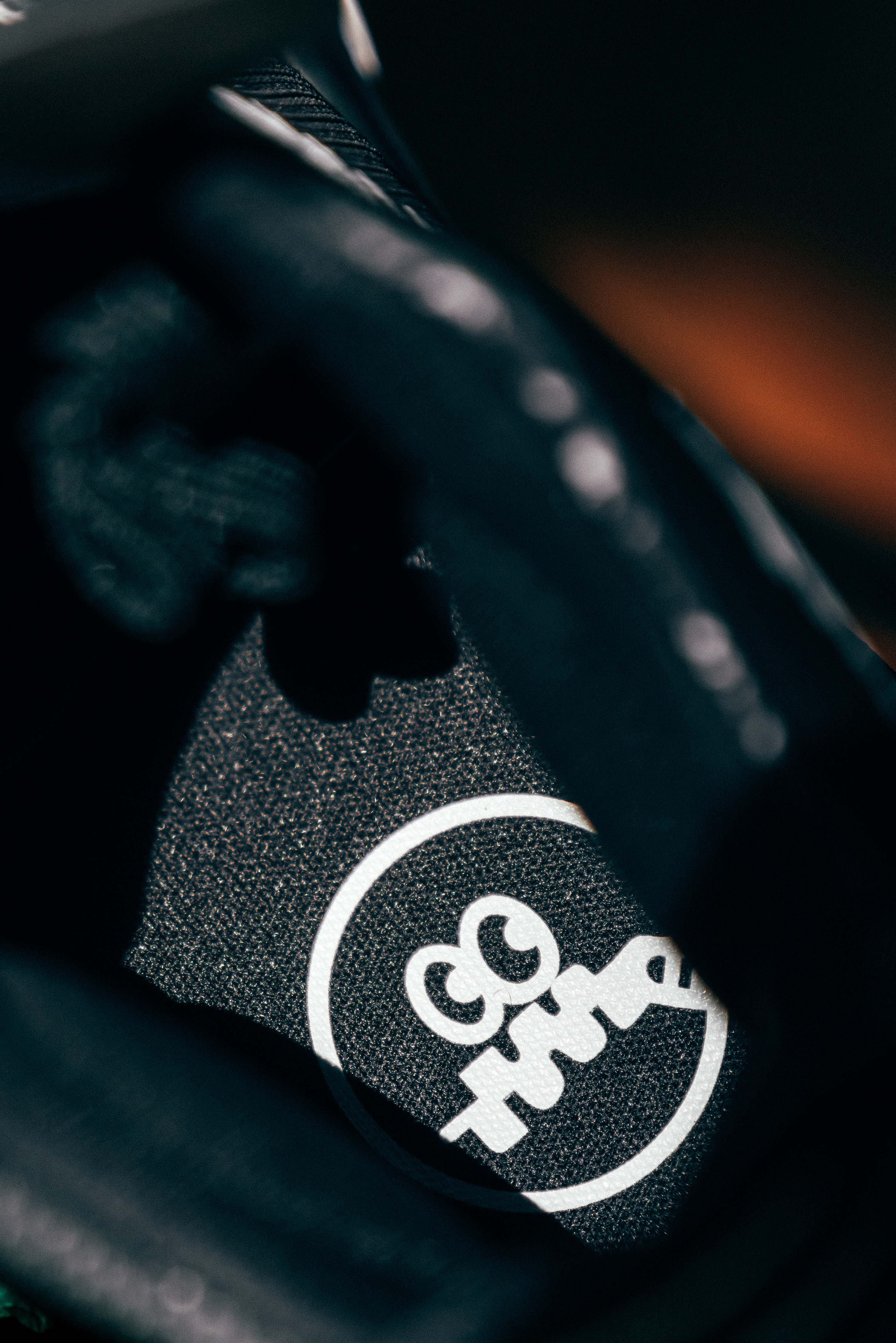 “What we were really trying to do with the Dame 6 is push not just that performance side,” Taylor said, “but really give a canvas and product that allows us to tell these stories so people can see Dame … the way that we’ve gotten to know him and learn to see him in so many different ways.”

Part of Lillard is that hunter with a killer instinct — whose sneakers, thanks to that infamous Orlando Magic fan, remind us that, “Hecklers Get Dealt With.”

“They had a guy behind they bench that just kept running his mouth,” Lillard said after the game on that October night in 2018. “I told him … ‘You gonna get them in trouble.’ I’m here for this. He kept on talking and in the second half I ain’t hear a word from him. That’s that.”