Now 70, the ‘Lethal Weapon’ and ‘Color Purple’ star continues to lend his celebrity to causes that matter

As a paper boy growing up in San Francisco, Danny Glover had a thirst for information. Waking up at 4:30 a.m. to get his papers delivered, Glover made his first read the national section of the San Francisco Chronicle, where he learned that the seeds of activism were being scattered everywhere, not just in the Bay Area.

“These young men and women had a vision of a world that they wanted to see, and I said, Wow, I want to be like that,” said Glover, currently filming Proud Mary in Boston with Taraji P. Henson and Billy Brown.

Glover was destined to be like the men and women he read about. His parents, who worked as postal workers and were active in the NAACP, taught Danny to embrace change through organization.

“That’s a beginning point,” Glover said. “As I got older, I saw a subculture of people who viewed the civil rights movement differently. Some movements saw a connection to the struggles in Africa, radicalization and the Black Power movement. That all came to bear by the time I was 20 years old. Those are the kind of things that were a force in my life.”

It was that force that guided Glover to aspire to be more than an actor — even as he chased bad guys alongside Mel Gibson in the Lethal Weapon series and starred with then-newcomers Oprah Winfrey and Whoopi Goldberg in Steven Spielberg’s The Color Purple.

“I tend to think that my first responsibility is that I’m a citizen,” said Glover, who visited Charleston, South Carolina, last week to attend the inaugural Charleston Civil Rights Film Fest. “I have a responsibility as a human, that if I see certain things I have to say something about it,” Glover continued while seated in a back booth at Hannibal’s Soul Kitchen, a soul food restaurant he first visited while campaigning for then-presidential candidate Bernie Sanders.

In a career that has spanned four decades, Glover is not your typical Hollywood activist. His IMDb profile is long, but so is his history of activism. “Lethal Weapon, Predator 2, Shooter, The Color Purple — all those things [are] a past life,” he said bluntly. “What I do today and tomorrow … that’s what matters. What we do in the moment.

“My production company, Louverture Films, just produced three Palestinian films. We’ve got a movie that’ll be at the Cannes Film Fest about Argentina in the colonial period in the 18th century. We were producers on Naomi Klein’s film, This Changes Everything, on climate change; and The House I Live In, a documentary about America’s war on drugs; and also Soundtrack for a Revolution; plus Black Power Mixtape, a documentary about the struggles and growth of activism in the civil rights movement. Those are things I’m passionate about. Those movies don’t get a lot of attention.”

Hip replacement has Glover walking with a slow, deliberate gait these days, but that hasn’t hampered his desire to champion causes at home and abroad. When he was asked to attend the Charleston Civil Rights Film Fest, a three-day event that also featured workshops and public discussions organized by the College of Charleston, Glover was eager to lend his celebrity to the fledgling event.

“Danny is one of the greatest actors of our generation. His acting resume speaks for itself, but his work as an activist and humanitarian has a whole ’nother life — something he ought to be commended for,” said David Dennis Sr., a longtime activist and friend of Glover’s.

“I don’t know if I can be that presumptuous to think [my attendance] is going to achieve anything other than I was here at the beginning of something and people thought that it was important enough for me to be here,” said Glover. “I don’t look to expect anything. All the things around my life find themselves, in some sort of concerted way, toward what I think is important to do. If I think the idea of a civil rights film festival is important, no matter how successful it is, then let me lend my voice to that, period.” 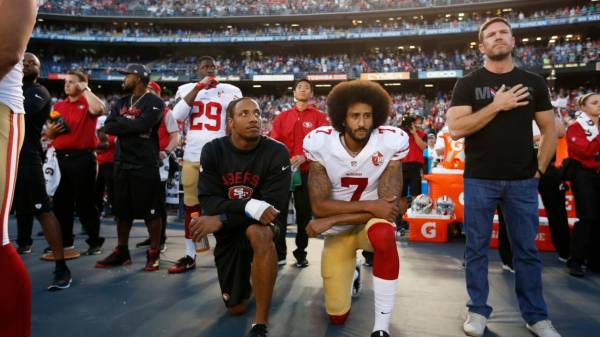 Freedom Song, a made-for-TV film starring Glover and based on true stories of the civil rights movement in Mississippi in the 1960s, was among the films screened. Other films included Scarred Justice, a documentary about the 1968 Orangeburg Massacre; Stanley Nelson’s forthcoming Tell Them We Are Rising: The Story of Historically Black Colleges and Universities; Common-narrated Two Trains Runnin’, which pays tribute to a pioneering generation of musicians; as well as ESPN Films’ very own Redemption Song, about Howard University’s NCAA national champion soccer teams of the 1970s.

Glover was all too happy to be around projects poised to make an impact, spark social change and create dialogue. Asked what his 70-year-old self might say to his 40-year-old self, a reflective Glover dropped his head and smiled.