Lillie Bell Marshall would have been 71 years old on June 21. She died on March 12, 2014, after spending almost a month in the intensive care unit, battling complications stemming from kidney failure and congestive heart failure.

Meet Jae Henderson, Marshall’s daughter and only child. Henderson wanted to celebrate Marshall’s life and honor her memory. While going through her mother’s things, Henderson discovered a gorgeous collection of vintage clothes and accessories. She decided to do a photo shoot as a way to give the world the opportunity to see her mother as she did.

“My mother kept to herself, so most people never really got a chance to know her, but she was a beautiful soul with a good heart. She loved God. She enjoyed laughing, baking, doing yard work and fashion. I am the woman I am because of my mother,” Henderson, 39, said.

“My mother also suffered from mental illness. Eventually, it became so bad that she couldn’t maintain employment. She was a single mother and she refused to let her illness keep her from being a good parent. I was well cared for. She also demanded that I excel in my studies and stay out of trouble. She was my first example of perseverance and beating the odds. She’s my hero,” Henderson said.

Henderson launched Lillie’s Daughter, a website that preserves Marshall’s legacy and showcases the vintage clothing. She also launched a scholarship in Marshall’s honor. It will be awarded to students who are pursuing higher education despite challenging or debilitating circumstances.

Adults who lose a parent are often overcome with overwhelming emotions. Dealing with the loss can create feelings of loneliness and vulnerability. But Henderson found solace in creating a link with the past — her mother’s clothing.

The tribute photos are a mixture of old and new. Most of the clothes selected are from the 1970s and blend well against the decor of the contemporary studio where the photo shoot was done. In several photos, she is wearing vintage blouses, a white leather jacket and a brown corduroy blazer with various accessories that belonged to her mother.

In another, she is dressed in Sunday best, wearing a navy dress and a navy hat with white eyelet gloves and lilies nearby. In another photo, she is wearing a pleated plaid, tea-length wool skirt with a gray sleeveless turtleneck and in yet another, Henderson dons an orange and white bow-tied top with a white polyester blazer and boyfriend jeans. 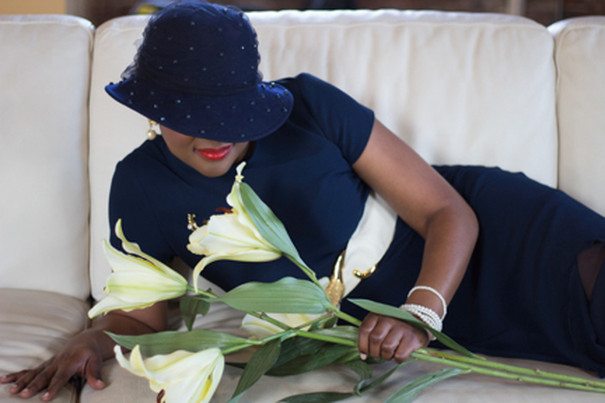 Henderson is taller than her mother was, so any pants and shoes in the photos belong to her, except for a pair of brown leather and suede boots she forced her feet into for an especially touching photo where she poses with a family portrait, wearing the same blouse her mother wore in the photo. Henderson even used some of her mother’s belongings during the shoot: a small General Electric Co. radio and Polaroid 430 camera (produced from 1971-1977). She vividly remembers her mother bringing it to family functions to capture special moments as a child.

Henderson said the time she spent with her mother produced life lessons and served her well. She is an independent author with six books in print. The seventh, Husband Wanted, was recently released. She is also the president of Put It In Writing Professional Writing Service and PR. She spent many years as a radio personality and talk show host on WHRK-FM/K97 in her hometown of Memphis, Tennessee. She even did a stint as a contributing writer for the nationally syndicated radio show, Tom Joyner Morning Show.

After embracing careers as a radio talk show host, marketing and media professional and voice-over artist, Henderson decided to add inspirational author to her roles. She first displayed her witty way with words and keen insight into human emotion through her inspirational romance trilogy: Someday, Someday, Too and Forever and a Day. Her other releases are Things Every Good Woman Should Know, Volume 1 and 2 and Where Do We Go From Here, which she co-authored with Mario D. King. Henderson’s entertaining tales about the astounding power of love and God’s ability to care for us in the midst of life’s storms have been warmly received by readers.

The scholarship Henderson launched in her mother’s honor is called The Silver Bell Memorial Scholarship and will be awarded in 2017 to two students who are attending college despite overwhelming odds. Those overwhelming odds can include mental or physical illness, a learning disability, being a foster child, homelessness and other extenuating circumstances that could cause a young person to abandon his or her dream of obtaining a college education.

To qualify, students must be at least a sophomore and enrolled in a two- or four-year college. “I want my mother’s memory to live on in something other than myself,” Henderson said. “She had a lot to give that the world never had the chance to see. The photo shoot was a lot of fun, but this scholarship is my way of giving a little piece of her to future generations. I love my mother and miss her dearly.” 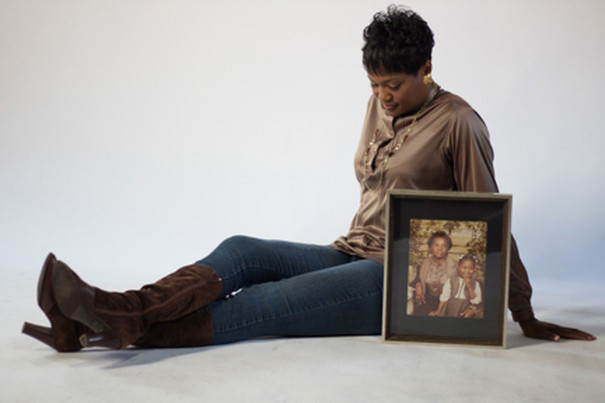