WASHINGTON — For a night, the concert hall of the John F. Kennedy Center for the Performing Arts — home to the National Symphony Orchestra — was a Juke Joint, specifically, Dave Chappelle’s.

Sunday evening, a parade of comedy and music luminaries gathered to fete one of the greatest comedians of his generation, who also happens to be a hometown hero. Chappelle, 46, is a graduate of Washington’s Duke Ellington School of the Arts. To mark his accomplishment as this year’s recipient of the Mark Twain Prize for American Humor, the Kennedy Center brought together the two sets of artists Chappelle loves most: comedians and musicians.

The evening opened with Ellington’s marching band bounding in while playing Prince’s “Let’s Go Crazy,” a tribute to one of Chappelle’s favorite friends and musicians, as well as one of his most well-known sketches based on Charlie Murphy’s recounting of hangout sessions with the rock star.

With the award, Chappelle officially joins the ranks of some of the country’s greatest comedic talents, including Richard Pryor (the first person to be awarded the Mark Twain Prize), Carol Burnett, Lily Tomlin, Tina Fey, George Carlin, and David Letterman.

By far, the highlight of the evening’s comedic sets came from Chappelle’s longtime collaborator, Neal Brennan, who co-created Chappelle’s Show and co-wrote the nonsensical Half Baked. Brennan deftly toggled back and forth between sincere — “Dave Chappelle completely changed my life” — and well-integrated deadpan forays into the comedy danger zone. When Brennan referred to Playboy magazine founder Hugh Hefner as “Jeffrey Epstein with a grotto,” Chappelle actually got up from his seat in the concert hall box because he was laughing so hard.

Another highlight came from Silverman, who quipped, “It’s actually perfect that you’re getting the Mark Twain Prize, because you both love using the N-word in your masterpieces.”

In an unexpected but fun turn, rappers Q-Tip and bey recreated an anecdote — with Q-Tip playing Chappelle — of Chappelle and bey deciding to stroll up to the White House one afternoon. They’d been hanging out in Lafayette Park, and Chappelle thought it would be a gas to drop in and see if President Bush was home. Neither the president nor the Secret Service welcomed them in.

The program was a comprehensive trip through Chappelle’s career, with friends recollecting his early standup sets at the DC Improv, where his mother would accompany him and then drive him home. When Chappelle came to the stage at the end of the ceremony to accept the Mark Twain Prize, a bust of the American satirist and author, he recounted the singular experience of having his mother critique an early set by remarking that he told “too many p—y jokes.” Besides Chappelle’s Show, which ran from 2003 to 2006, he’s also been in a couple of dozen movies, from comedies such as Robin Hood: Men in Tights (1993) and Undercover Brother (2002) to his more recent work in A Star is Born (2018) and Chi-Raq (2015).

Chappelle and those who paid tribute to him did not ignore recent criticism he has received because of jokes about those who alleged they were victims of sexual abuse at the hands of Michael Jackson or Louis C.K. Not everyone was a fan of the way he addressed the current president during his monologue while hosting the first episode of Saturday Night Live following the 2016 election. Chappelle addressed such criticism when he came up to give his acceptance speech.

“Rather than talk about myself, just briefly, I want to talk about my genre,” he said. “Stand-up comedy is an incredibly American genre. I don’t think any other country could produce this many comedians. And unbeknownst to many in this audience, I don’t think there’s an opinion that exists in this country that is not represented in a comedy club by somebody. Each and every one of you has a champion in the room. We watch you guys fight, but when we’re together, we talk it out. I know comics who are very racist, and I watch them onstage and everyone’s laughing and I’m like, ‘oooo, that m—–f—– means that s—.’ ”

Chappelle took a drag on a cigarette as the crowd sent up peals of laughter. 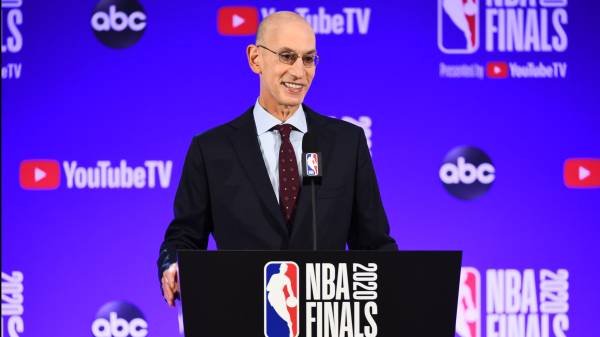 “Don’t get mad, don’t hate ’em. We go upstairs and have a beer, and sometimes I even appreciate the artistry that they paint their racist opinions with. Man, it’s not that serious. The First Amendment is first for a reason. The Second Amendment is juuuuuuust in case the first one doesn’t work out!”

Since putting on his eponymous block party in 2005, which also became a Michel Gondry documentary, Chappelle has experimented with ways to combine music and comedy and take the two beyond the average live show. The project became his “Juke Joints,” joyous, freewheeling affairs that require attendees to sock their smartphones away so that they can actually live in the moment instead of focusing on whether to record in landscape or portrait. Sunday night’s event was about as close to a Juke Joint party as one can get within the refined confines of the Kennedy Center. But Chappelle appeared to enjoy himself, and stuck around for the after-party. He smoked onstage, danced along to Wu-Tang Clan and appeared about as contented as one man can be as he celebrated his crowning as a comedy hero of both the district and the nation at large.

The prize ceremony, either heavily edited or with copious amounts of bleeps, will air Jan. 6 on PBS.