David Garrard was a big kid with big dreams

When David Garrard first started playing football — by his estimation, at around 8 years old — the future Pro Bowler for the Jacksonville Jaguars wasn’t seen as a quarterback by his coaches.

At Neal Middle School in Durham, North Carolina, he was immediately put at fullback because he was so much larger than the other kids. Garrard would, on multiple occasions, practically carry other kids down the field on his back. He didn’t mind the arrangement.

“I was happy with that because I got the majority of the carries,” he said by phone from his home in Jacksonville, Florida. “So the ball was in my hand a lot. Never even thought about the quarterback position.”

He moved from fullback to tight end in seventh grade to take advantage of his size and budding athleticism.

For someone who is the second all-time leading passer in Jaguars history and their fifth-leading rusher, it took Garrard’s preteen teammates lobbying on his behalf for coaches to finally look at him as a quarterback. To test Garrard’s ability, his coach lined up a handful of players 15 yards away and told Garrard to throw it to them. After easily completing the passes, Garrard was instructed to put a little more oomph on his throws, so “I just started lighting them up.” He was a quarterback from that moment on.

Garrard said he always gravitated toward quarterback when playing streetball with his friends, but he never thought of assuming the position in organized leagues for two reasons: Coaches always put him at skill positions such as fullback and tight end, and he never saw someone who looked like him on television running an offense.

“First of all, I was a big kid,” Garrard said, “But then I was black, too, so I never thought, Well, this is something I can do.”

The visual — “just seeing somebody who didn’t look like the norm” — of black players such as Doug Williams, the first African-American quarterback to win a Super Bowl, and Hall of Famer Warren Moon succeeding made the NFL a possibility for Garrard.

After four years at East Carolina, leaving as the school’s all-time leading passer, Garrard was drafted in the fourth round (108th overall) in 2002 by the Jaguars as the heir apparent to the 32-year-old Mark Brunell.

“They wanted someone who was in a similar mold to [Brunell]: somebody that can throw the ball around but also could take off and run it if they had to. They really liked my mentality, they liked my leadership ability,” he said of then-Jaguars coach Tom Coughlin, who drafted him.

Garrard served as Brunell’s backup his rookie season. He would start one game, the first African-American to do so in team history, but he didn’t feel the pressure, like many black quarterbacks did and still do, to represent his entire race on the field. In 2007, then-Philadelphia Eagles quarterback Donovan McNabb said more is expected of black quarterbacks “because the percentage of us playing this position, which people didn’t want us to play … is low, so we do a little extra.”

Garrard said he may have been held to a different standard because of his race, but it was never explicit.

“Nobody ever made me feel like ‘you’re doing it for your people,’ or anything like that,” he said. “So I just felt like if I went out and played well it was good for everybody, regardless of your skin color. It was good for all of us, as long as you were a Jags fan.”

At the end of the 2002 season, which ended with a 6-10 record, it appeared as if Garrard was ready to ascend to the starting job, but Coughlin got fired. His replacement, Jack Del Rio, drafted Marshall’s Byron Leftwich, another black quarterback, seventh overall in 2003, propelling Leftwich to the top of the depth chart.

A year later, Garrard was diagnosed with Crohn’s disease, which causes inflammation of the small intestine and sometimes life-threatening complications, keeping him out of offseason practices for weeks.

It would be four seasons before Garrard finally won the starting job.

“I just knew that if I continued to keep my head down, persevere, get myself a chance to — anytime I had an opportunity to, when I got on that field — to show what I had, show what I got, that the cream would rise to the top, as they say,” said Garrard, who passed for more than 16,000 yards and 89 touchdowns in nine seasons in Jacksonville.

After four years as a starter, Garrard was cut from the Jaguars just days before the start of the 2011 season. Over the next two years, Garrard tried to latch on with the Miami Dolphins and New York Jets, but back and knee surgeries prevented him from playing a game with either team despite expectations of being the starter. “I just said, ‘You know what? There’s no reason to keep trying to run myself into the ground. I don’t want to go out like that,’ so I just decided it was time,” Garrard said of leaving the Jets in 2013. He officially retired as a Jaguar in 2015.

That Garrard lasted 13 seasons (nine on the field) could be considered a testament to the changing ideologies of race in the NFL. Fifty years ago, the Denver Broncos’ Marlin Briscoe, the first African-American to start at quarterback in the Super Bowl era, threw for a rookie team-record 14 touchdowns, yet was cut from the team and forced to convert to wide receiver.

Barring a few exceptions, black quarterbacks don’t have to play like a Peyton Manning or Tom Brady — or Michael Vick — to be accepted in the league today. 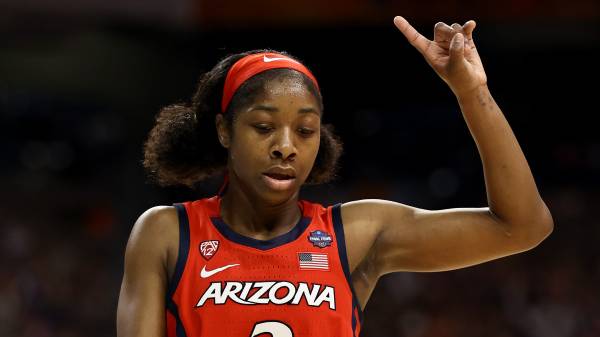 “You don’t just have to look like this type of black quarterback to be on the field,” Garrard said. “If you can make plays and you can handle the offensive playbook, then you’re going to be out there. They don’t care. That’s how it is now. Teams, they just want to win.”

And while race influenced Briscoe’s demotion and a magazine cover called the draft battle between Cam Newton, Blaine Gabbert and Jake Locker the “toughest call in football,” Garrard believes that race is no longer a hurdle for blacks playing the quarterback position.

“It doesn’t matter what your skin tone is now,” he said. “If you can throw touchdowns, and you can operate the team, and you’re a quality guy … now that’s a difference about the quarterback position and every other position — you’re basically the CEO of this team.”