It took 215 yards on 27 carries, but by game’s end, Dickerson had passed The Juice

Everything had been mapped out: Dickerson would get 100 or so yards against the Houston Oilers in Week 15, and then the Los Angeles Rams running back would accomplish the feat in the season finale in a nationally televised game against the San Francisco 49ers, with Simpson sitting in the announcer’s booth.

As the old saying goes, if you want to make God laugh, tell him your plans. What ended up happening was the Oilers made Dickerson so mad, he said forget waiting until Week 16 and decided to break the record in their game on Dec. 9, 1984.

“They were saying things, dirty things, grabbing my face mask, taking cheap shots,” Dickerson told the Los Angeles Times. “I’m from the Houston area, and when I was drafted I said I didn’t want to go to Houston. I didn’t see that team going anywhere.

“A lot of them took that personally. They were out there … on tackles, they’d twist my head, my knees, my ankles.”

Houston made a series of mistakes leading up to Dickerson running all over them. The worst, though, was coming into Anaheim Stadium with the league’s 28th-ranked rushing defense, talking big-boy trash and infuriating Dickerson.

Actually, the future Hall of Fame running back wasn’t just furious, he was a cross between The Hulk’s trademark “You wouldn’t like me when I’m angry” and Marvin the Martian’s “You have made me very angry, very angry indeed.”

“I was getting ticked,” he told the Times. “I told them, ‘It’s gonna be rough on y’all today.’

“I had hoped to do it in San Francisco, in front of national TV, but they got me mad with all their talking. I told our line, ‘We’re gonna get it today.’ I was going to make it a long day for them.”

The Oilers forgot (or possibly didn’t care) that Dickerson and his family were from the Houston region and that their comments to the local paper would eventually get back to him.

They told the Houston papers that Dickerson wasn’t all that good. It was his line that made him the player he was. Dickerson, according to the Oilers, was just an average Joe behind a superior line. A hype job, they said.

“My friends back home called me and read what they were saying,” Dickerson said. “They said the line did most of the work and that I’m just an average back.”

Dickerson made sure the Oilers had no doubts after the game.

On the record-breaking run, the 27th for the Rams back, he required only 5 yards to tie Simpson, 6 to surpass him. Dickerson lined up behind Los Angeles’ Jeff Kemp, took the pitch, “47-gap” in the Rams’ playbook, cut to the right side and broke several would-be tackles before Houston’s Gregg Bingham dragged him to the ground after a 9-yard gain.

Dickerson became the new owner of the record with 3:22 remaining, and he put an end not only to the Oilers running their mouths but also the questions about when he’d break the record, what he thought of Simpson needing only 14 games to do it and how he’d feel after the milestone.

“I’m glad to get that all behind me,” said Dickerson, who would finish the season with 2,105 yards. “I was tired of hearing about it, being asked about it. I was even dreaming about it. 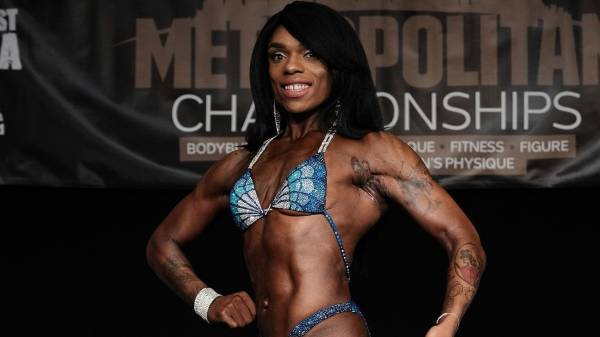 Bodybuilder living in fear of the coronavirus: ‘It felt good to survive another day’ Read now

“People talk about the greatest runners — some say Walter [Payton] is the best, some say O.J., some may say me, some say Jim Brown. I just say, I’m good.”

Dickerson ended the game with 2,007 yards and finished the season with 2,105.