White privilege is a thing. And Rio was the perfect example

The 2016 Rio de Janeiro Games have brought to my attention that some of us still don’t quite grasp what white privilege is. Or, even if we do feel like we get the concept, it’s still difficult to fully comprehend the way that privilege has set up a double standard that is so infuriating — and disheartening — to people of color.

My friends at The Undefeated didn’t ask if I would take a crack at explaining privilege in the context of the Olympics because I am a particularly “enlightened” or “woke” white person. I’ve just been working in the media for a long time, and this has become an issue that pisses me off to no end. The social tightrope that black athletes have to walk to avoid criticism is absurd, and at the same time, we can’t help but always give white athletes the benefit of doubt. What unfolded in Rio is a great example of how far we still have to go.

LZ Granderson: This is not a column about Ryan Lochte

Take Ryan Lochte, the enfant terrible of the 2016 Games. I know what you might be thinking: Wait, didn’t the media rip Lochte to shreds? Didn’t he lose his sponsorships with Speedo and Ralph Lauren? How is he an example of white privilege? Hasn’t he been punished enough?

Don’t look at the end of the controversy; go back to the beginning.

Lochte was certainly criticized after it became apparent he’d exaggerated some details, and completely fabricated others, in recounting a drunken night on the town. But initially, he faced almost no skepticism for a preposterous story where he cast himself as the Frat Bro version of Jason Bourne. NBC even let its own version of white privilege, Billy Bush, defend his bro repeatedly, leaving the normally good-humored weather anchor Al Roker as the one man left willing to hold the line and practice anything resembling journalism.

“He’s not the kind that can weave a brilliant tale,” Bush said. “That he told this story so mellifluously makes me think he could not have invented the whole thing.”

Try to imagine, just for a second, what the world’s reaction would be if a black athlete got drunk, urinated in public, destroyed some property, then concocted a story in which he bravely stood up to someone with a gun who was attempting to rob him and his friends.

Then, when his whole story fell apart, ask yourself if it would be brushed off as an example of a “kid” making a relatively harmless mistake or become fodder for countless jokes.

As has been mentioned, Lochte is the same age as Carmelo Anthony, Team USA gold-medal winner. But Lochte is a year older than basketball great LeBron James. Try to imagine NBC’s personalities twisting themselves into a pretzel in defense of James and referring to him as a kid. The definition of privilege, in this era of Trayvon Martin, Tamir Rice and Eric Garner weren’t given a scrap of the benefit of doubt, is Lochte and his USA swimming teammates knowing they could buy their way out of trouble in the middle of the night and still cast themselves as both victims and heroes.

On the flip side, consider what happened to Gabrielle Douglas in Rio. Douglas, who won gold in 2012 in the women’s gymnastics all-around, is by any measure one of the best gymnasts in the world. She’s going to go down as a historic figure in her sport, the first African-American in history to win the Olympic gymnastics all-around. She is also human, and when she committed the unforgivable sin this Olympics of failing to smile her way through an athletic competition where she didn’t perform up to her own high expectations, plenty of people (journalists included) were quick to pounce. The Los Angeles Times zinged her for seeming sullen during the gold medal ceremony for the team all-around, and on social media, she was widely attacked for not placing her hand over her heart during the national anthem.

Douglas was so shaken by the criticism that she felt compelled to apologize, proof that black athletes constantly have to prove, and then re-prove, their patriotism lest they be subjected to an inquisition on the internet. It was an ignoble end to Douglas’ career, but not all that surprising. Even when she was on top of the sport, winning a gold medal in the 2012 Summer Games in London, she was chided for her hair (not properly coiffed) and her choice of leotard (pink, that one Fox News radio host felt it wasn’t patriotic).

It’s obnoxious how transparent those criticisms are. When gymnast McKayla Maroney smirked her way through her medal ceremony in London, looking less than thrilled that she’d just won a silver medal in the vault, she wasn’t criticized. Instead, it became one of the most celebrated and fun memes of 2012. She even recreated the smirk with President Barack Obama on a trip to the White House.

When Olympic swimmer Michael Phelps burst out laughing in the middle of the national anthem in Rio — a genuine reaction to some of his Baltimore friends shouting “O!” in a nod to a Maryland tradition at Orioles games — no one got apoplectic and accused him of being disrespectful.

One of the biggest difficulties with discussing (and acknowledging) privilege is that too many of us treat it like an allegation of wrongdoing. We immediately get defensive, even angry, and wonder why certain people insist on viewing everything through the prism of race and prejudice.

This, however, is very definition of privilege. If I pretend I don’t see color, if I insist that everyone in our country is given the same opportunities and held to the same standards of behavior, I am literally whitewashing the 500 years of history that got us to this moment. It’s the same mentality that led to people raging against first lady Michelle Obama for pointing out that her two teenage daughters wake up each morning in a house that was built by slaves. We have come a long way as a country, and this might be the one nation on earth where the Obamas’ story is even possible, but that doesn’t mean we have come all the way.

I cannot undo some of the horrible things done by people who share my name or my DNA, but that doesn’t mean I can’t acknowledge that it happened, and attempt to understand how the ripples of those acts still reach this day. Even in sports. 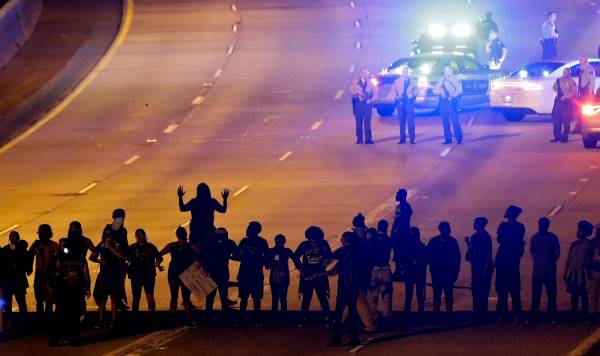 The Olympics are always an emotionally charged spectacle, crass and commercial in their own predictable way, but they’re also an opportunity. This time around, I got to watch the games with my two beautiful daughters, whom I suspect will never want for much. They had the time of their lives dancing and jumping and twirling in our living room pretending to be Simone Biles, and it filled me with more joy than I can ever explain to see them fall so hard for Biles.

Telling them all about their beloved Simone wasn’t the easiest conversation to have with a 6-year-old and 4-year-old, but I wanted them to know her story: That she was born into poverty, that her birth mother had to put her in foster care, and that her grandparents adopted her and became her parents. Biles still grew up to be the best gymnast in the room and one of their childhood heroes. This is a hopeful thing, and I hope they will remember it forever.

Sports were not essential to that conversation, but they were a way in. An opportunity. You can make a small but important difference in the world if you look at those moments not as privilege, but a gift.

Kevin Van Valkenburg is a senior writer with ESPN who lives in Baltimore.