The whack of the bat.

The whistle of a fast ball.

The thump of the ball in the catcher’s mitt.

The howl of the umpire.

These were the sweet sights and sounds of the black communities I grew up in and around.

These were the sights and sounds of baseball.

Yes, some of us remember when neighborhood feuds centered around the best hitting and fielding youths – and not around drugs and gangs.

Hard to believe that modern urban and rural killing fields used to be our playgrounds.

Not too long ago: Baseball Mattered!

Sadly, America’s long ago pastime – and black America’s strong connection – is nearly invisible in our neighborhoods.

And we are so much the worse off because of that.

I believe the violence, feuding, urban tribalism, disunity, lack of sense of “we” would be less an issue if our kids were still playing baseball in their neighborhoods.

The biggest contribution brought by omnipresent baseball was the daily gatherings of 20 to 30 youths clamoring for competitive fun and games that sometimes lasted the whole day.

Yes, in many communities in the 1960s and ’70s, black youths played baseball from dusk to dawn.

Often, we were supervised by one, two or three men from the neighborhood, whose own informal – often church-related – connections had us traveling across the county for games.

For many of these, there were no uniforms – jeans, T-shirts and a good pair of cleats – but it was baseball nevertheless.

Some of us graduated to more formal youth leagues, where law enforcement officers helped coach the teams. No police shot any young black teenagers in our eastern North Carolina neighborhoods. We had a bond joined in part through baseball.

True, it was a different time – but we had our issues in those days, too.

Baseball was a weekend respite from the oppression and depression of the waning days of a Jim Crow Deep South.

It was where mentoring black men could mold a battalion of young black boys toward adulthood, teaching respect for your teammates, for your elders, to respect women, to respect your peers and respect for the game itself.

Our strengths and bonds were stronger back then.

We would pool our money – some of us earned it by priming tobacco, cleaning fish, picking cucumbers or potatoes, or selling pop bottles sometimes – so we could go in on bats and balls and gloves.

Other equipment was provided by social programs long since wiped out – such as the federal Comprehensive Training and Employment Act (CETA).

Where else can you put 18 to 30 guys together and teach them such nuances as the batting order, leadoff man, cleanup hitter, hitting the cutoff man, the sacrifice bunt, the sacrifice fly, fielder’s choice, rotating the outfielders and the infielders … ?

It was about practice, commitment, teamwork, and it was good, clean fun.

It didn’t matter who your father was or who your mamma was.

Teammates was teammates. It was as simple as that.

And then … It all fell apart, and none of us saw it coming.

And, oh, there are so many reasons why.

Did the breakup of The Beatles and the Jackson Five mean that boy bands had played out?

The individual – sucked into isolation to be exploited to make other people money – became more important.

Was it Sonny Vaccaro and the sneaker barons hawking Adidas, Nike and Reebok and selling the gospel that basketball was the new holy land for sports immortality? And a better stage to sell self?

Surely, the Air Jordan took superstardom and shoe worship – and individualism – to another level.

Was it the proliferation of AAU basketball, with more corporate support?

Was it the slow leak, then floodgates of black ballplayers to predominantly white schools – and then away from baseball altogether?

Was it football, again a better stage for the individual and never in much need of supervision on the playgrounds?

With the new and growing outlets, baseball – steeped in codes, unwritten rules and traditions – slowly faded away from African-American communities.

Oh, other communities are still playing plenty of baseball.

However, we see only a sprinkling of black players in the current Little League Baseball World Series.

We saw a handful in the College World Series, where Coastal Carolina, near Myrtle Beach, South Carolina, won the top prize.

If Coastal Carolina can win a College World Series, why not Alabama State or Bethune-Cookman or Southern University? Maybe one day …

In the major leagues, we see Caribbean and Hispanic players dominate in a spotlight they once shared with African-American players.

How could we have strayed so far from a game that gave us legends such as Negro Leaguers Satchel Paige, James “Cool Papa” Bell, and Josh Gibson?

How could we abandon a game that gave us major leaguers Willie Mays, Hank Aaron, Lou Brock, Rickey Henderson and Reggie Jackson?

You can stop crying now …

With the rapid decline in our communities, now is time for action.

What if all of us joined the effort to bring baseball back to our communities?

Programs to revive the sport

Major League Baseball has several programs directed at helping to revive and improve baseball for youths:

The Urban Youth Academy, started in 2006, provides athletic and educational instruction and assistance for youths through high school age, also fostering participation in baseball and softball.

But many of these programs lack exposure in urban and rural communities, and they often don’t get to the communities that need them most.

The process to bring back baseball needs more thought and creativity.

TNT analyst and former NBA star Kenny Smith recently proposed that NBA players give 10 percent of their salaries toward causes that empower the black community.

Imagine if some of that money is used for baseball programs to encourage unity among youths.

Just imagine if NBA players encouraged black youths, particularly those projected to be under 6 feet tall as adults, to invest some time into becoming fundamentally sound baseball players – where their chances of being drafted professionally might be enhanced.

What if Michael Jordan himself – who took some time near the end of his NBA career to play minor league baseball – helped bring baseball back to our communities?

How many guys in their 30s, 40s and 50s do we know are still sitting around lamenting: “Man, if I had grown six more inches, I’d be in the NBA right now.”

But what if I, and thousands like me, had stuck with baseball – where size doesn’t matter?

What if we partner with and fund programs at black churches and urban black elementary schools – which attract weekly and daily gatherings of black youths and often already have playing fields or the land to build a Field of Dreams!

“If you build it, they will come.”

Census data shows many states are spending $15,000 to $20,000 per individual each year for elementary school education – vs. $30,000 to $50,000 annually per person to house each prison inmate. If we invested more wisely earlier (in our young people), we might not have to throw good money after bad money.

The Negro Leagues Baseball Museum in Kansas City, Missouri, stands as testament to a system that produced great athletes and great leaders. We all know that Jackie Robinson honed his skills in the Negro Leagues.

But let’s not let our baseball legacy be merely entombed in a museum.

It’s time to bring baseball – unity, teamwork, commitment to each other – back home.

The slap of the tag.

The gallop of the base thief. 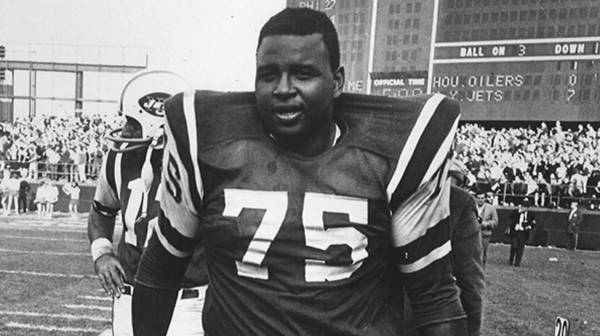 The scowl of that solitary upset fan.

The roar of the crowd.