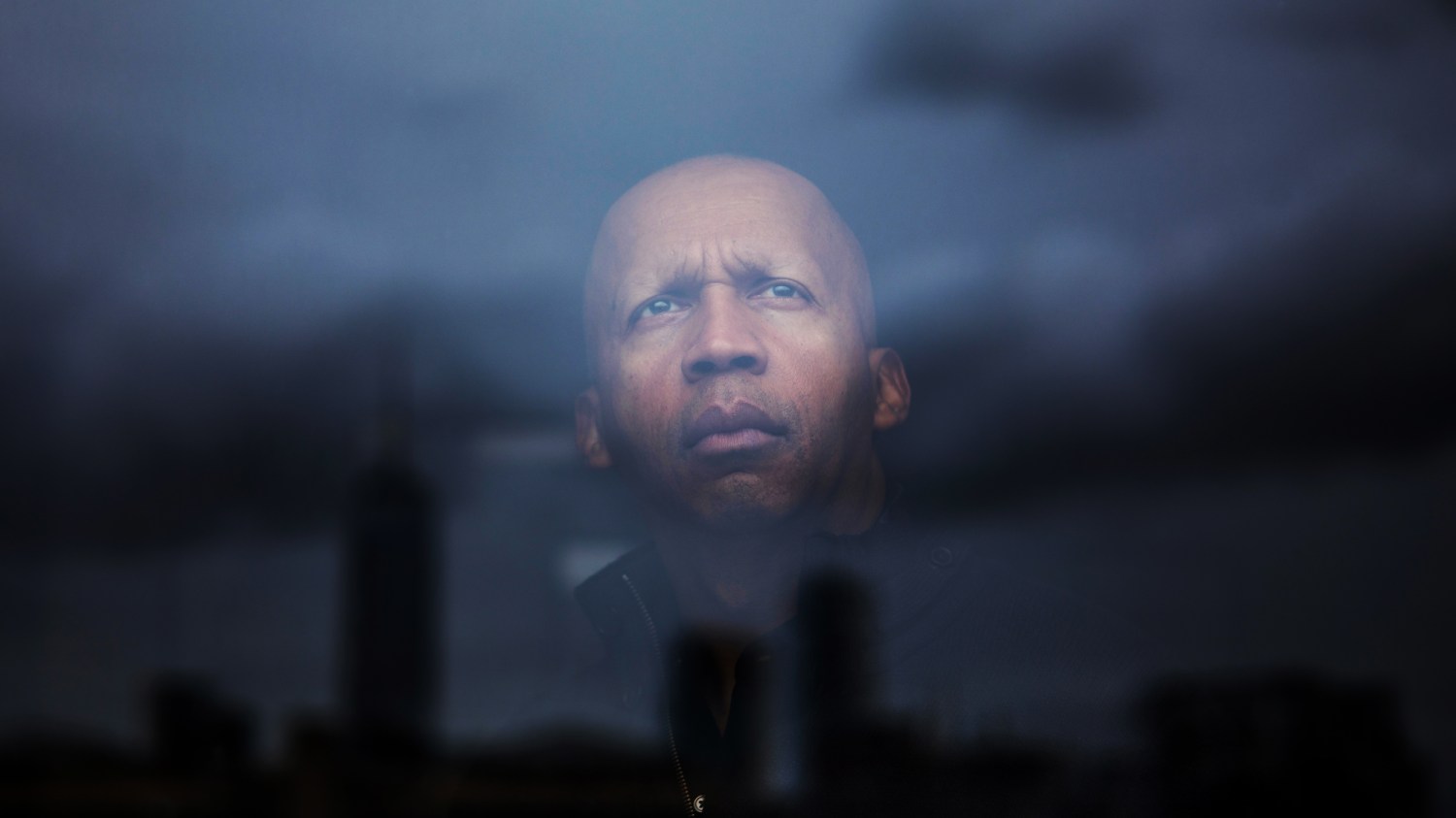 Portrait of Bryan Stevenson, founder and Executive Director of the Equal Justice Initiative in Montgomery, Alabama, at The NYU Law Furman Hall in Manhattan, New York. Friday April 8, 2017. Stevenson is a widely acclaimed public interest lawyer who has dedicated his career to helping the poor, the incarcerated and the condemned. Demetrius Freeman for The Undefeated

Project will honor the victims of ‘racial terrorism’

When Bryan Stevenson visited South Africa, Rwanda and Germany over the course of a few years, he was struck by the compelling memorials of apartheid, genocide and the Holocaust.

Why hasn’t America addressed its sordid and devastating history of the lynching of African-Americans “in a way that allows the victims to be properly memorialized?” Stevenson wondered. “To come back to America and see almost nothing about the history of lynching pushed us to do something.”

“Us,” in this case, is Stevenson’s Equal Justice Initiative (EJI) in Montgomery, Alabama, where he has served as executive director since 1994. One of the country’s top lawyers for “the most vulnerable people in America,” death row inmates, he leads a staff of more than 50 with an annual operating budget of $7 million.

And the “something”? That’s the Memorial to Peace and Justice and the From Enslavement to Mass Incarceration Museum. The two-part project in Montgomery will serve as a national monument to the victims of lynching and a museum that examines African-American history from enslavement to today’s prison-industrial complex.

“We are still burdened in this country by our history of racial injustice,” said Stevenson. “It has created a pollution that has compromised [people’s] ability to be fair and just, and we’re not going to deal with those issues until we start talking about this history.”

The nation gushes over the recently opened National Museum of African American History and Culture in Washington, D.C. And Montgomery already has the Rosa Parks Museum and the Civil Rights Memorial. But in Stevenson’s view, his project is not only unique but also fitting and timely.

The South “is littered with the iconography of the Confederacy at courthouses and parks and other places,” he said. “We decided there ought to be a place in America where everyone can come and reflect on this terrible era of racial terror that defined this country and shaped this country between Reconstruction and World War II. … We’ve had to live with this history with no real acknowledgment of it.”

Construction began last year and is scheduled to be completed in 2018. The memorial will be strategically positioned between the site of a former slave auction block, the Alabama River dock and a train station where tens of thousands of people were trafficked at the apex of the slave trade in the United States.

The location was not unintentional. Hardly anything is with Stevenson. The From Enslavement to Mass Incarceration Museum will be housed in the EJI’s 11,000-square-foot headquarters in downtown Montgomery, on the site of a former slave warehouse.

He said he has received 80 percent of the $30 million budgeted for the project, including $10 million from Pat and Jon Stryker, billionaire heirs to the Stryker medical supply fortune, as well as donations from the Ford Foundation, Google and the Skoll Foundation.

The complex will sit on 6 acres of a former public housing project, elevated land that offers sweeping views of Montgomery. MASS Designs, a Boston architecture firm, designed the memorial, which will have 800 columns — one for each county where the EJI documented racial terror lynching between 1877 and 1950. Local Projects, a New York media design firm, designed the museum.

Stevenson says visitors’ perception will shift as they enter the memorial: The columns, which at first will appear to be holding up the structure, actually will be suspended from above, evoking the lynchings that took place in the public square. More than 4,000 names of lynching victims will be inscribed on these memorials.

Outside the main memorial structure, there will be a field of identical columns, one for each county where a lynching has been documented.

Asked about attendance projections, Stevenson said, “We see the museum and memorial as a major extension of our public education work [that hosts thousands monthly] and hope that an increasing number of people will be encouraged to visit these new spaces, which will be the first of their kind in the Deep South to reflect upon our history of racial injustice.”

Like the United States Holocaust Memorial Museum in Washington, D.C., Stevenson said, he wants this project to be forthright about the horrors of a bygone era and for it to become a place that people visit to learn, reflect and remember.

Montgomery Mayor Todd Strange has no reservations about the memorial. “From our standpoint, the ‘why’ is to tell the story, and to tell it in a fashion that people want to come and see it,” he told The New York Times.

It will also include archives of historical data, artifacts, recordings and films. The idea is to connect the history of racial inequality with contemporary issues of mass incarceration, unfair sentencing guidelines and police violence.

Stevenson said the museum will not shy away from some of the most abhorrent dynamics of lynchings, including the fact that they often were considered a family outing in which parents brought children to witness the hangings in town centers, not in out-of-the-way places.

“We like to blame the Klan for everything,” he said, “and they were terrible. But the truth is lynching was so terrifying because it was a public spectacle, carried out by teachers and lawyers, police officers and doctors, and deacons and preachers.

“And that’s what made it so terrifying to African-Americans — the entire community would be there and cheering on the terror. Victims were burned to death and mutilated and castrated. … The violence was really extreme.

“We want to complain about ISIS and how bad it is — and it is bad — but we have our own history of graphic, horrific violence directed at African-Americans, many of whom were just asking for better wages as sharecroppers or complaining about the social conditions.”

Stevenson’s life work has been addressing social injustice. He has led cases that helped spare the lives of more than 130 men who were on death row. He has had wrongfully convicted men freed and represented the poor to fight injustice.

The author of the best-selling book Just Mercy: A Story of Justice and Redemption, Stevenson, 56, says the work has inspired him as much as it has disheartened him.

“I’m privileged to do what I do,” he said. “I’m a broken man because I have seen so much injustice. But it’s the broken among us who teaches us how compassion is supposed to work. It’s the broken that understands the power of mercy and the power of redemption and justice. There’s power in brokenness.

“The people of the civil rights movement knew they would get beaten and harassed, but they understood the breaking of their skin was purposeful to advance justice. And I have taken that perspective.”

Herman Atkins of San Diego spent 12 years in prison for a rape he did not commit. He was exonerated in 2000 after DNA evidence confirmed what he had contended all along: that he was innocent. The significance of Stevenson’s work is not lost on Atkins.

“What Bryan Stevenson does, like Barry Scheck and Peter Neufeld of the Innocence Project [in New York] whose work freed me, is the best display of the human spirit,” Atkins said. “They don’t have to do it. They could make a lot of money fighting other causes. But to commit your life to right injustices of the wrongfully convicted takes a special kind of human, and there are not many of them.”

As an undergrad at Harvard — he got degrees from the law school and the Kennedy School of Government, too — Stevenson was one of a small minority of African-American students. Unlike many of the confident youngsters on campus, he said, he was ashamed of his background. He said he avoided sharing with his classmates about his upbringing in tiny Milton, Delaware.

“I couldn’t go to public school when I was a boy” because it was segregated, he said. “My great-grandparents were enslaved. At Harvard, I didn’t want people to know that. Now, I want everyone to know. They need to hear that part before they judge what I’m doing, how I’m doing it and what I’m capable of.”

Along with the new projects, the EJI tracks lynching in the South. In early March, it unveiled a historical marker memorializing eight African-American men lynched in Tuscaloosa County, Alabama, between 1884 and 1933. The marker is in front of the Old Tuscaloosa Jail. Similar markers will be placed throughout the South where lynchings took place, he said.

He said he considers the lynching of black men “a form of racial terrorism intended to intimidate black people and enforce racial hierarchy and segregation.”

The result was the Great Migration, in which millions of African-Americans fled the South for perceived safer ground in the North. They left behind the specter of lynching, but its legacy will never fade if Stevenson has anything to do with it.

Although there were countless blacks lynched whose names were not recorded, the EJI has documented more than 4,000 who were, with more than 350 just in Alabama.

“We can’t look at it as a shameful part of history only. The memorial … will be a place that gives honor to the victims who were terrorized in the most horrific way,” Stevenson said. “Their memory should be honored, and that is what we will do.”

This article has been changed to correct which firms designed the memorial and the museum. EJI also provided an updated figure for the cost of the project.