DeMar DeRozan repped Toronto like he was born there

The guard will be revered up north for the word tatted on his left hand: Loyalty

NBA fans in the United States probably cannot relate, since many only pay attention to the Toronto Raptors when they play LeBron James in the postseason. But for Raptors fans and Canadians, the day guard DeMar DeRozan was traded is one they will never forget and will forever debate.

“He may or may not be the greatest player the Raptors have had,” said longtime Toronto sports columnist Michael Grange of Rogers Sportsnet. “Kyle Lowry might be that guy. Vince Carter and Chris Bosh had some spectacular seasons. But he’s had the greatest career of any player in a Raptors uniform and justifiably earned the affection and respect of a fan base for being willing to embrace the challenge of playing in Toronto, for changing perceptions, for never hiding, for never running.”

The Raptors acquired disgruntled star forward Kawhi Leonard and Danny Green from the San Antonio Spurs on Wednesday for DeRozan, center Jakob Poeltl and a 2019 first-round pick. While many NBA fans may think of Carter first when they think of Raptors greats, DeRozan is worthy of a statue outside Scotiabank Arena (Air Canada Centre). The four-time All-Star is the Raptors’ all-time leader in points, games played, minutes played, field goals and free throws made. He averaged nearly 20 points per game for his career and led the Raptors back to prominence after Bosh departed to the Miami Heat in 2010.

Along with his scoring and high-rising dunks, DeRozan will be revered in Toronto for the word tatted on his left hand: Loyalty. The Compton, California, native fell in love with Toronto after being selected with the ninth overall pick in the 2009 NBA draft. He could have signed with his hometown Los Angeles Lakers as a free agent in 2016 but instead re-signed in Toronto with a five-year, $139 million deal just months after leading the franchise to the Eastern Conference finals.

“I am Toronto. Outside of where I’m from, I represent this city harder than anybody. I got so many goals I want to accomplish still, I just can’t wait to put that jersey back on and keep going,” DeRozan said in a news conference after re-signing.

DeRozan repped “The North” like he was born in Ontario. He envisioned playing with the Raptors his entire career. When asked about his loyalty to the Raptors during his basketball camp in Compton in the summer of 2017, DeRozan told The Undefeated: “That is just how I’ve always been. Once I become close or attached to something, it’s always been my responsibility that no matter how bad something gets or how great something gets to don’t leave it astray. You got to be willing to go through the good and the bad and the bad and the good. That’s been my approach through everything, my friends, my family.”

Unfortunately for DeRozan and many NBA stars, the league can be cruel and far from loyal despite the commitment they show.

While James and Kevin Durant get criticized for departing to stronger teams, NBA teams typically get a pass when they trade elite players. Remember the Boston Celtics traded Isaiah Thomas to the Cleveland Cavaliers after he played with an injury and after the death of his sister? Not long ago, Blake Griffin was traded from the Los Angeles Clippers to the Detroit Pistons just months after signing a five-year, $173 million deal. The Raptors saved on the three years and $83 million remaining on DeRozan’s contract by jettisoning him.

DeRozan started to realize he could be traded after meeting with Raptors officials last week in Las Vegas during summer league, according to ESPN’s Chris Haynes. Perhaps DeRozan saw the writing on the wall Wednesday morning as he posted on Instagram, “Be told one thing & the outcome another. Can’t trust em. Ain’t no loyalty in this game. Sell you out quick for a little bit of nothing …. Soon you’ll understand … Don’t disturb.”

The Raptors rolled the dice in acquiring Leonard. While considered a top-five player when healthy, he missed most of last season through injury. The expectation is that Leonard will sign with LeBron James and the Los Angeles Lakers in his hometown next summer. Haynes also reported that Leonard does not want to go to the Raptors.

Toronto president Masai Ujiri is certainly hoping he can persuade Leonard to re-sign the same way Oklahoma City persuaded Paul George to re-sign as a free agent this summer instead of going to the Lakers. The Raptors have the benefit of being able to offer the 2014 NBA champion a five-year, $190 million contract next season versus a four-year, $141 million contract elsewhere. But when James and Magic Johnson come calling next summer, Ujiri and the Raptors will need the ultimate sales pitch to keep Leonard from going home. 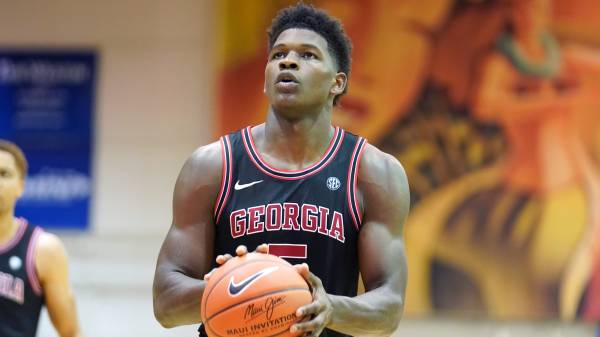 It’s not all love for DeRozan in his departure from Toronto. His skeptics could say that he never got the Raptors to the NBA Finals, although no one brought them closer. They can take shots at him for struggling and being benched when the Eastern Conference’s top-seeded Raptors were eliminated in the second round of this year’s playoffs by James and the Cleveland Cavaliers. They could knock DeRozan’s 3-point shooting.

What can’t be knocked is DeRozan’s impact on the Raptors and Toronto on and off the court. The franchise’s all-time scorer. The pride and loyalty for “The 6.” The lack of drama. With every mention of his success came the words “Toronto” and “Raptors.”

Perhaps going to the Spurs will bring DeRozan the elite success that he lacked on his Raptors résumé. But regardless of what his next NBA chapter holds, he should always be viewed as “Mr. Raptor.”