DeMarcus Cousins is ready to boogie in the NBA Finals

After overcoming another injury, the Warriors center is active for Game 1

OAKLAND, Calif. — DeMarcus Cousins ran up and down the practice floor trying to get the rust off before the NBA Finals start on Thursday. After overcoming another major injury in his NBA career, the Golden State Warriors center is expected back in uniform for Game 1.

Cousins hasn’t played in a game since suffering a left quadriceps tear on April 15 during the first round. It was just his second career playoff game. On Monday, the 6-foot-11, 270-pound big man scrimmaged after practice for the second time since the injury. Cousins appeared rusty and told The Undefeated that his conditioning needs work.

“It’s just about getting my body in shape, my quad muscle in shape, and go through the different phases and ups and downs of the game,” Cousins said. “It has been a tough week. I’ve been working my tail off to get to this point. But I am healthy enough.”

Said Warriors guard Stephen Curry: “All that he has been through coming off his initial injury and the quad, there is so much rehab and missed time. He has worked his butt off to give himself a chance to play to help us.” 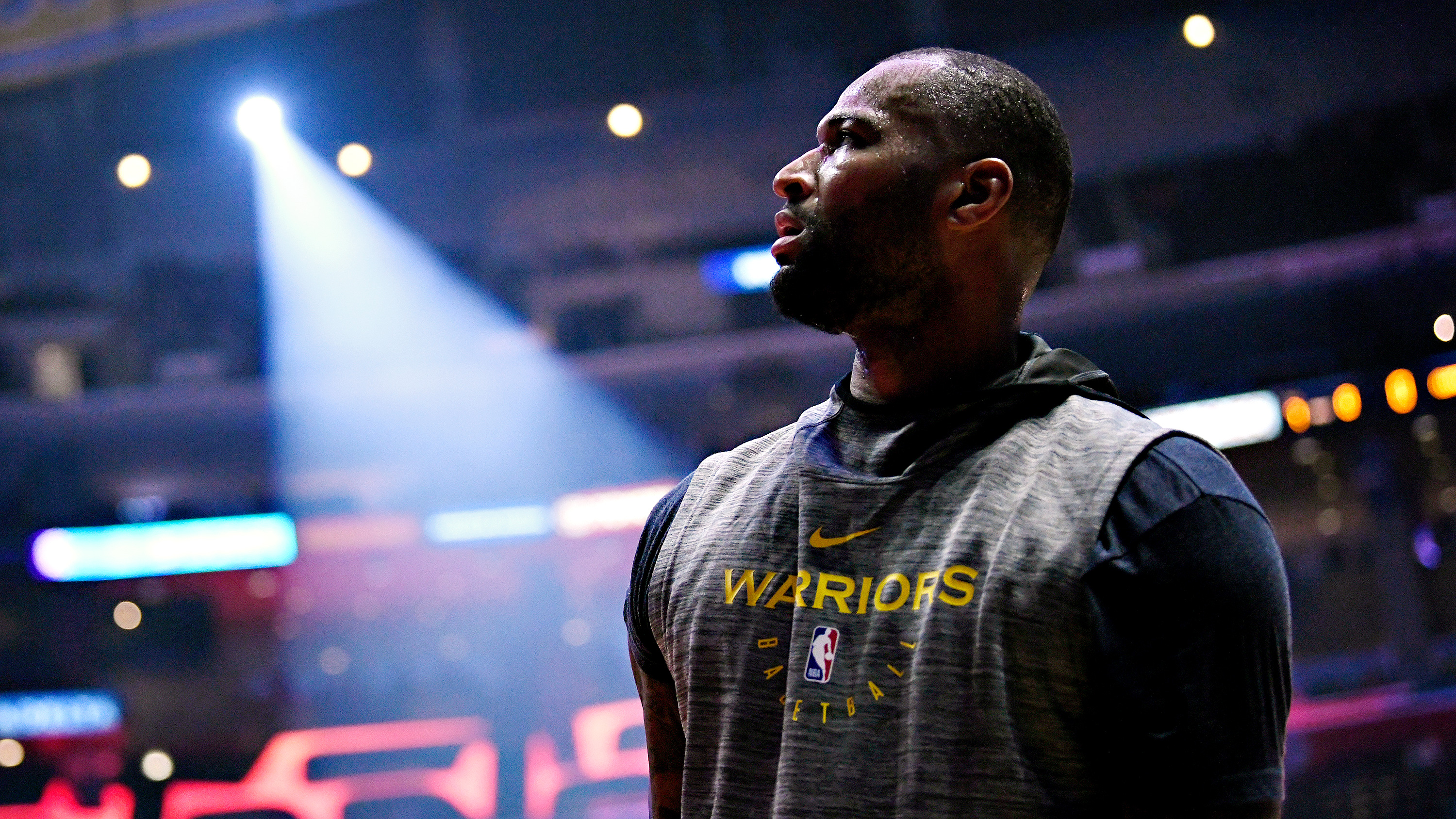 Cousins signed with the Warriors as a free agent last summer while rehabilitating from a torn left Achilles tendon injury he suffered during the 2017-18 season with the New Orleans Pelicans. Cousins debuted for Golden State on Jan. 18 against the Los Angeles Clippers and played in 30 regular-season games, averaging 16.3 points, 8.2 rebounds, 3.6 assists, 1.4 blocks and 1.3 steals in 25.7 minutes per game.

For his postseason debut on April 13, in which he said he was nervous, he tallied 9 points, 9 rebounds and 4 assists during a Game 1 victory over the Clippers.

“It was something I had been working for basically my entire career,” Cousins said. “I was like a kid waking up for Christmas. I couldn’t really sleep the night before. I was overall excited and ready to play the game on one of the biggest stages in sports.”

Another injury, however, sidelined Cousins again after he tore his left quad while chasing a loose ball early in the first quarter of Game 2 against the Clippers. Cousins fell to the ground in front of a stunned Warriors bench.

After he got up and walked slowly to the locker room, Cousins said, Warriors director of sports medicine and performance Rick Celebrini was concerned that he had suffered a major quad tear. Fears of the worst crushed Cousins.

“My emotions were kind of up and down. I could walk, so I felt it couldn’t have been that severe,” Cousins said. “But at the same time, Rick, kind of being the overprotective trainer that he is, he kind of had this look. I said, ‘What is it?’ He said, ‘Your quad.’ And I looked down at my quad, I noticed it was kind of rolled up.

“You have three quads. [Celebrini’s] initial thought was I tore the main one,” Cousins said. “Tony Parker tore his main one a couple years ago, and Victor Oladipo tore his. That was his initial fear, and once he said that to me, my mind just started racing and I just went into a blank space. I was like, ‘Not this s— again.’ ”

But it wasn’t as bad as initially feared, as an MRI revealed surgery would not be required. Suddenly, there was hope that Cousins could return in the playoffs if the two-time defending NBA champions made a long run. After getting over the “dog days” of feeling sorry for himself, Cousins said, he moved on and stayed disciplined with his rehabilitation.

Cousins told The Undefeated during the Warriors’ second-round series against the Houston Rockets that he would return to action in the postseason. Now, after an absence of nearly a month and a half, the nine-year veteran could finally be back in action during the Finals.

Cousins was very proud to wear his 2019 NBA Finals hat after the Warriors won the Western Conference, although he wished he had played a bigger role in it all.

“Obviously, you don’t get the same glory and credit, and things of that nature, that comes with a game-winning basket, scoring 30, whatever the case may be, and everything leading up to it,” Cousins said. “Only guys in the locker room really understand the work and blood, sweat and tears that go into this. It is an incredible feeling for a moment to just let your hair down and breathe a sigh of relief.

“We made it to that next step. … We are at this point now, and four more to go.”

The Raptors won both regular-season games against the Warriors this season. While Cousins didn’t play in either game, part of the reason that the Raptors acquired Marc Gasol at the trade deadline was in hopes of a potential Finals matchup with Cousins, a source told The Undefeated.

Cousins has a lot of respect for Kawhi Leonard, Kyle Lowry and the Raptors.

“Tough, tough team,” Cousins said. “Obviously, the head of the snake is Kawhi. They have a tough floor general in Kyle. [Pascal] Siakam has taken his game to another level. They have veterans like Danny Green, Serge [Ibaka] and Marc Gasol. Norman Powell has emerged. They have a young and up-and-coming guy in [Fred] VanVleet. There is a lot of talent over there. This team plays hard, defends and plays together. There is no quit on their team. You got to battle them.”

How Colin Kaepernick became a cause for activists, civil rights groups and others Read now

How Cousins fares in the Finals could also influence how he is perceived as a free agent this offseason. Before his Achilles injury during the 2017-18 season, he was projected to be a max contract player last summer. But Cousins ultimately signed a one-year, $5.3 million deal with the Warriors.

In regards to his upcoming free agency, Cousins said he plans to “take it one step at a time.” His focus right now is on winning his first championship and playing a role in it.