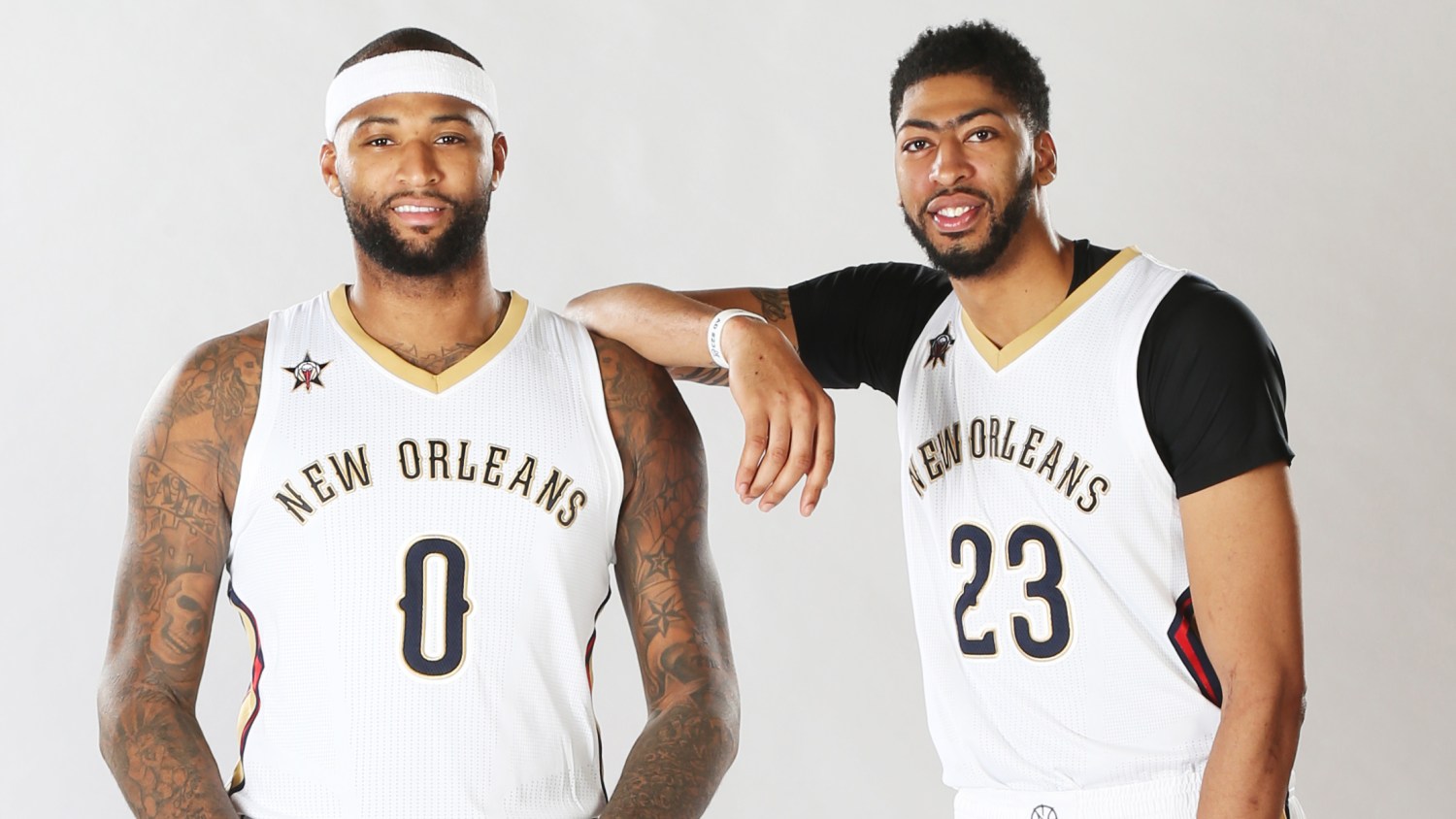 It’s been said that “The Lord works in mysterious ways.” DeMarcus Cousins believes such was the case for him when he unexpectedly became teammates with fellow NBA All-Star big man Anthony Davis for the now potentially powerful New Orleans Pelicans.

With this new daunting big-man union, Cousins and Davis are the help each player sorely needed.

The Pelicans acquired Cousins and forward Omri Casspi in a trade with the Sacramento Kings on Feb. 19 for guards Buddy Hield, Tyreke Evans, Langston Galloway and two draft picks. The shocking trade united the NBA’s top two big men. The last time the NBA had a dangerous “Twin Towers” like this was when All-Stars David Robinson and Tim Duncan, who won two NBA championships together, played for the San Antonio Spurs.

Nicknames are already coming for Cousins and Davis, too. Twin Towers is an easy one. Locals have thrown out, “The Twin Span,” referring to the I-10 bridge connecting New Orleans and Slidell. But an excited Cousins has a simple one that just might stick: “Fire and Ice.”

The description couldn’t be more accurate. Cousins is a bruising 6-foot-11, 290-pounder center with unique ballet balance and salsa dancer footwork at his dinosaur size. The three-time NBA All-Star is averaging a well-rounded 27.8 points, 10.7 rebounds, 4.9 assists, 1.4 steals and 1.3 blocks this season. Cousins also has a NBA-leading 17 technical fouls due to his well-documented emotional and fiery play that has set him at odds with referees, teammates and coaches. One more technical and the Mobile, Alabama, native is suspended for the next game. But his feistiness could come in handy as the Pelicans are known for being too cool, calm, soft and unwilling to cause a stir.

“I’m the ultimate competitor,” Cousins said. “It’s the smallest things. Even being in the gym first. I’m all about competing and I want to compete at the highest level … It doesn’t matter if it’s the Lakers or if it’s the Warriors, I’m coming out to compete.”

Cousins has never played with a teammate who has equal or more NBA stature than him until now. Davis, a four-time NBA All-Star, is known for being quiet and laid back. But knowing the importance of having Cousins on the floor and moving up the West standings ladder, Davis said he will have no problem telling Cousins to keep his emotions in check.

“I’m not afraid of him at all,” Davis said. “Me and him had words when he was in Sac. I’m not afraid to say nothing to Cuz. That’s how it’s got to be. If you want to win, you’ve got to be comfortable telling whoever what they need to hear.”

Davis comes out to compete, rebound and dunk just like Cousins, but he lets his game do the talking. Davis is averaging 27.7 points, 11.9 rebound and 2.5 blocks per game. The longtime face of the Pelicans’ is also George Gervin cool and calm. The five-year veteran has two technical fouls this season and his career total of 12 technical fouls is five fewer than Cousins has this season alone.

Don’t be surprised if Cousins’ fire rubs off on Davis and the Pelicans, too.

“I’m more like relaxed and he’s more like … He’s DeMarcus. Maybe when he’s on the floor, I can get, like, hyped up. Or situations come around that I need to be like, ‘All right, calm down.’ But it’s kind of like what we need. Kind of like a perfect balance,” Davis said.

The “Fire and Ice” era for the Pelicans (23-34) begins Thursday against the visiting Houston Rockets. The team has work to do to get into the postseason since they are 2½ games behind the Denver Nuggets (25-31) for the eighth and final Western Conference playoff spot. Cousins has never played in a postseason game. Davis’ playoff career includes four losses to the 2015 NBA champion Golden State Warriors. If the duo can push the Pelicans to the postseason, it will likely feature a first-round matchup against the mighty Warriors.

Point guard Jrue Holiday and head coach Alvin Gentry will also play an important role in making it all work as well.

Gentry said that Cousins and Davis were too passive in practice on Wednesday, and he planned to change that quickly. Defense was the focal point at the beginning of practice, and not offense. And while Gentry has an offensive-minded, fast-breaking reputation, he intelligently plans to adapt the offense to fit Cousins. Not vice versa.

“I’m not getting a guy that’s going to lumber up and down the court and can’t play in the open court. Not a whole lot is going to change with what we’re doing. I’ve just got two talented big guys out there now.”

While most ado will be made about Davis and Cousins, Holiday is an All-Star-caliber guard who gives them a “Big Three.”

Holiday was actually an All-Star in 2013 as a member of the Philadelphia 76ers. He is averaging a 16.3 points, 7.5 assists and four rebounds per game this season. The seven-year NBA veteran has the needed mentality to make sure “Fire and Ice” work.

“I will just throw it to the both of them,” Holiday said. “I will throw it to ‘pop,’ throw it to ‘roll.’ If not, I’m open because they have to guard them. It’s endless opportunities, endless possibilities.”

Before the NBA All-Star break, Cousins and Davis appeared to be superstars fighting their own hapless cause. Now, Cousins’ prayers have been answered as these two longtime buddies hope to “wreak havoc on the league.”

“We can both learn from each other,” Cousins said. “Our games complement one another. Being together, I think it’s going to make our jobs easier. I’m excited for the opportunity. We can wreak havoc on the league. Will it happen overnight? Probably not. But the potential is scary.”