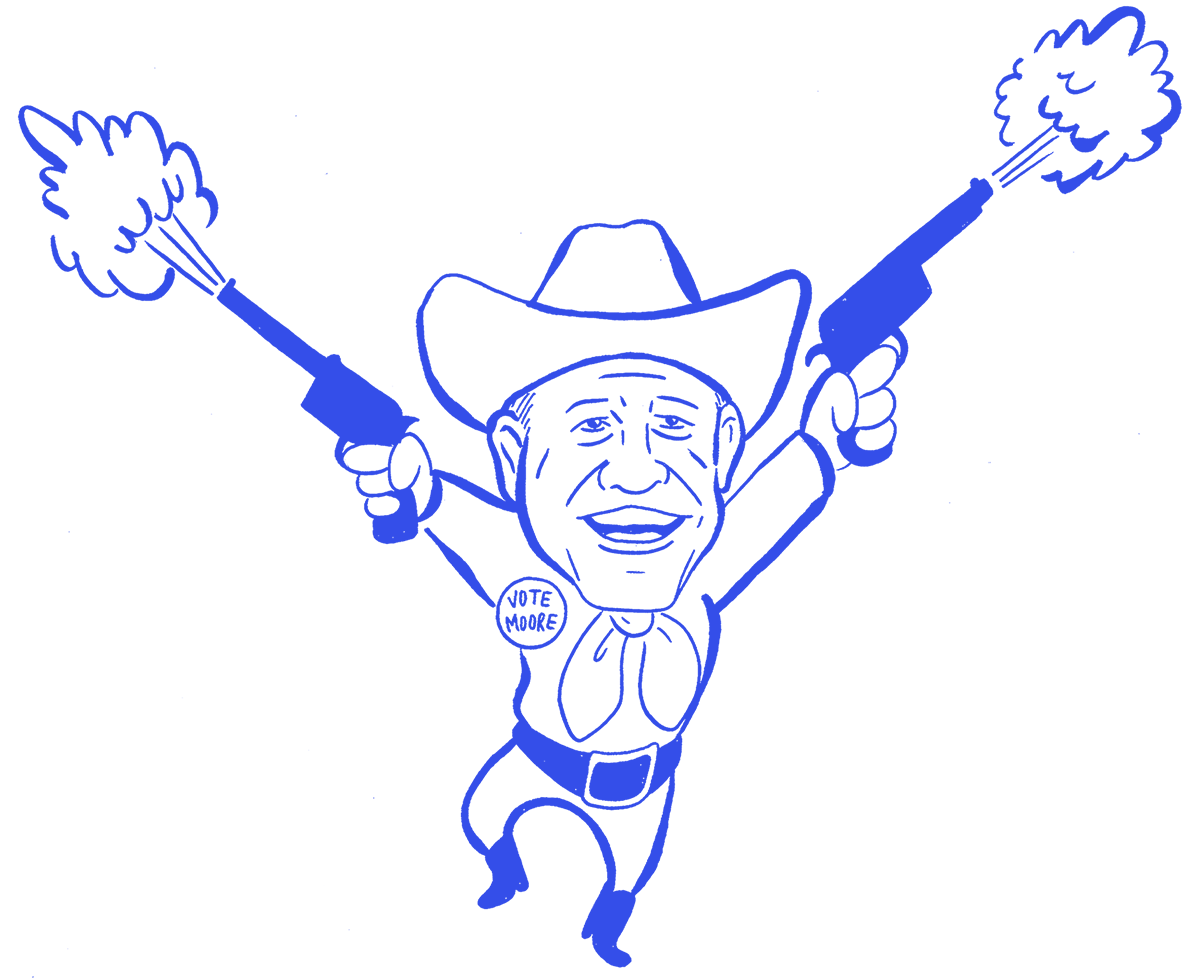 A Pittsburgh fire chief said he regrets adding Pittsburgh Steelers coach Mike Tomlin to his “list of no good N—–s” on his Facebook page and wants to apologize because “This had nothing to do with my Fire Department” and “My fire department should have never been dragged into this.” Republican Alabama Senate candidate Roy Moore, very on brand in a leather vest and cowboy hat, pulled a (tiny) gun out during a political rally. Donald Trump Jr. posted a map that supposedly showed an overwhelming number of Americans who supported NFL players standing over kneeling with the caption “where else have I seen this???”; the map was county-level results from the 2016 presidential election. A Texas pastor said NFL players “ought to be thanking God” that they live in a country where they don’t have to worry about “being shot in the head for taking a knee.” New Orleans Pelicans center DeMarcus Cousins, who has the most technical fouls in the league since 2010, said Trump “needs to get his s— together.” Former New England Patriots offensive lineman Matt Light, a teammate of convicted murderer Aaron Hernandez for two seasons, said after some New England players knelt during the national anthem on Sunday, “It’s the first time I’ve ever been ashamed to be a Patriot.” Retired college football coach Lou Holtz, who is white, said he doesn’t understand why black athletes demonstrate during the national anthem because “I’ve been unfairly ticketed. I was given a ticket when I didn’t exceed the speed limit, because I was coaching at one school, and the patrol officer graduated from the other.” 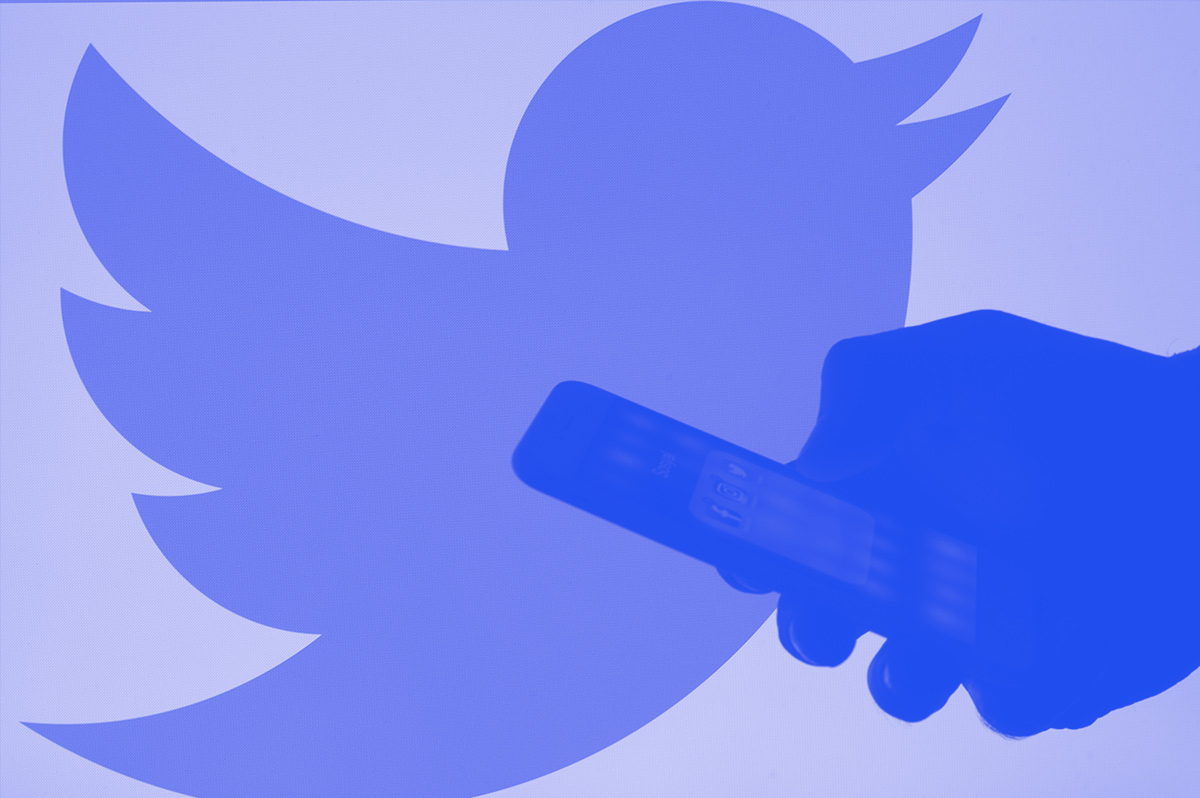 Four assistant basketball coaches from Arizona, Auburn, Oklahoma State and the University of Southern California — which, combined, make more than $300 million in total revenue across all sports and do not pay players — were arrested on federal corruption charges for taking thousands of dollars in bribes to direct college players to certain sports agents and financial advisers. New York Giants owner John Mara, who continually employed a kicker who abused his wife and didn’t sign Colin Kaepernick because of possible fan protest, said he is

“very unhappy” that Giants wide receiver Odell Beckham Jr. simulated a dog urinating on the field on Sunday. To make room for more terrible sports and Insecure takes, Twitter will increase its famed 140-character limit to 280. Another person left the Trump administration, and another former member of the administration has hired a lawyer. Professional wrestling legend and Wilt Chamberlain rival Ric Flair estimates that he had sex with 10,000 women: “I wish I hadn’t said that because of my grandkids,” Flair said in an upcoming ESPN documentary. 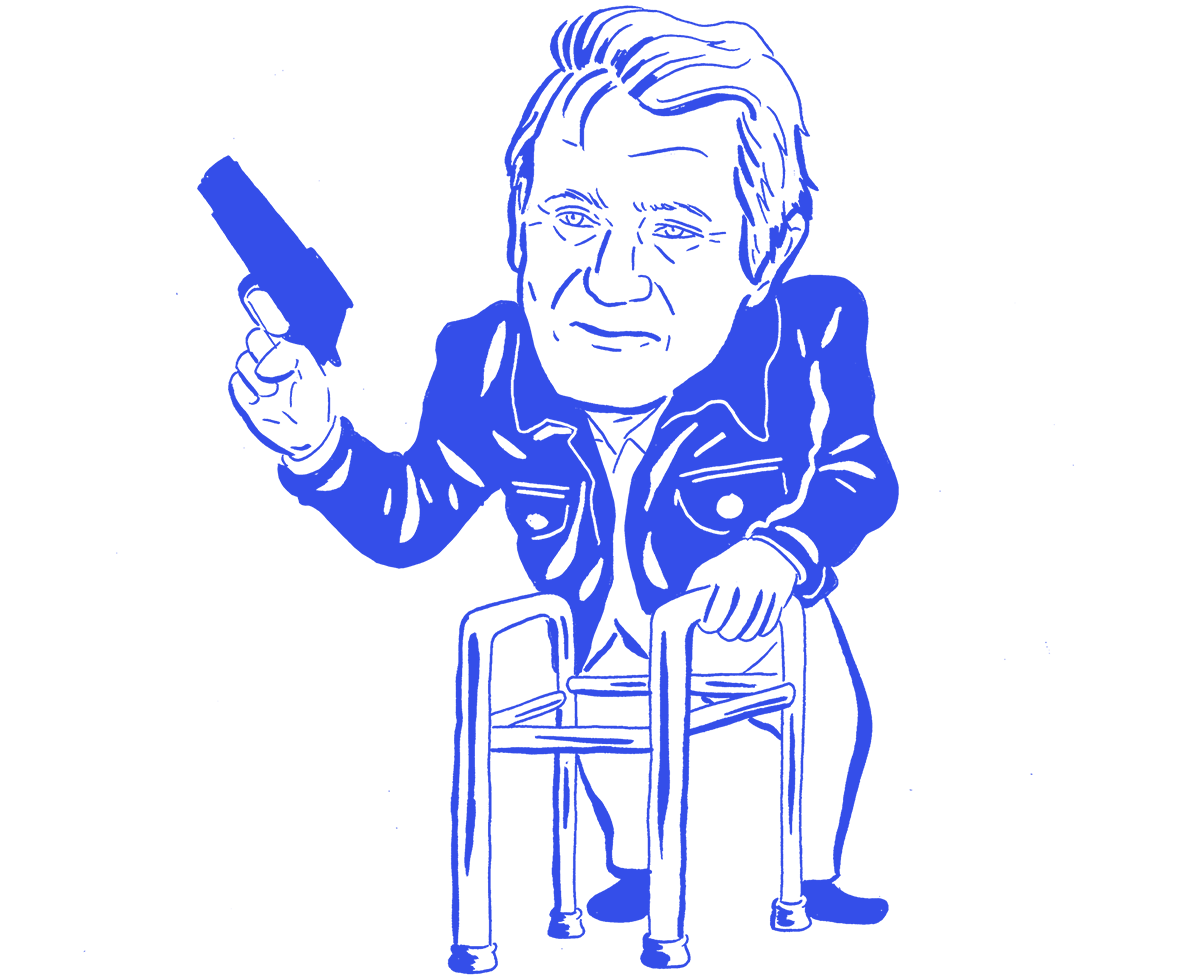 Longtime adult actor Ron Jeremy doubts Flair had relations with that many women: “It’s very difficult to get numbers like that.” Los Angeles Chargers unofficial mascot Boltman said he risked being beaten “like Rodney King” by the Los Angeles County Sheriff’s Department after he refused to remove his mask at last weekend’s home game. A bar in Missouri, a state for which the NAACP has issued a travel advisory for people of color, displayed recently purchased NFL jerseys of Marshawn Lynch and Kaepernick as doormats with the two jerseys spelling out “Lynch Kaepernick.” Another airline was caught violently dragging a customer off one of its airplanes. A Madison, Wisconsin, gyro shop worker was charged with “first-degree reckless endangerment … possession of cocaine with intent to deliver and carrying a concealed weapon” after he shot a man at his place of work when the man tried to run off with $1,300 worth of cocaine without paying for it; “Dude shot me in the back,” the “victim” told police. Taken actor Liam Neeson, two weeks after announcing his retirement from action movies because “Guys, I’m 60-f—ing-five,” said he’s not retiring from the genre and that “I’m going to be doing action movies until they bury me in the ground.” Trump, who was an owner in the USFL, which folded after just three seasons, said the NFL is “going to hell” unless it prohibits players from kneeling during the national anthem. Former action “star” Steven Seagal, currently a resident of Moscow, said demonstrations during the national anthem were both “outrageous” and “disgusting.” 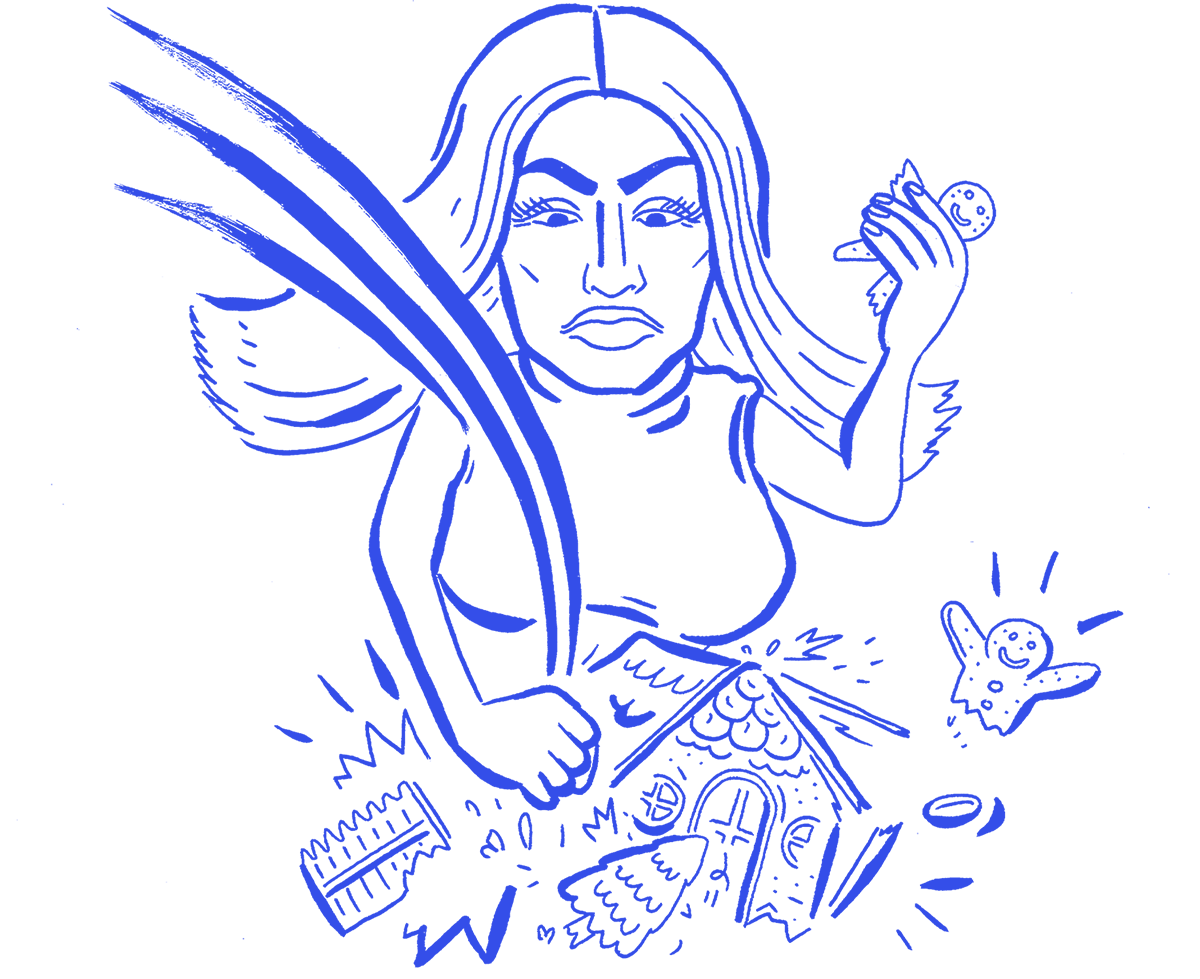 Hours after posing an anti-DUI video on Instagram with the hashtag #dontdrinkanddrive, a Los Angeles police officer, under suspicion of driving under the influence, caused a three-car crash that killed three people. Trump, blowing a dog whistle so loud a deaf man could hear it, said NFL owners, some of whom are his “friends,” don’t punish players who kneel during the national anthem because “they are afraid of their players.” During the all-male Presidents Cup tournament, the PGA Tour, still trying to rid its long-held sexist label, held a cook-off among WAGs (wives and girlfriends) of the competitors. Reality TV star Rob Kardashian, per a lawsuit, accused former girlfriend Blac Chyna of smashing his gingerbread house during a December 2016 incident. Just hours after Georgia Tech football coach Paul Johnson joked that he was glad “that we were with Russell [Athletic]” when the Adidas and college basketball corruption case news broke, Russell Athletic announced it will “transition away from the team uniform business”; Georgia Tech will switch to Adidas in 2018. A Canadian woman who tattooed purple dye into her eyeball may lose her sight in the eye; “I took my eyesight for granted,” the woman said. Philadelphia 76ers guard Ben Simmons, just piling on at this point, called Trump an “idiot” and a “d—head.” In “it’s about respect for the military” news, the message “go home n—–” was written on the whiteboard of a black cadet at the Air Force Academy Preparatory School. 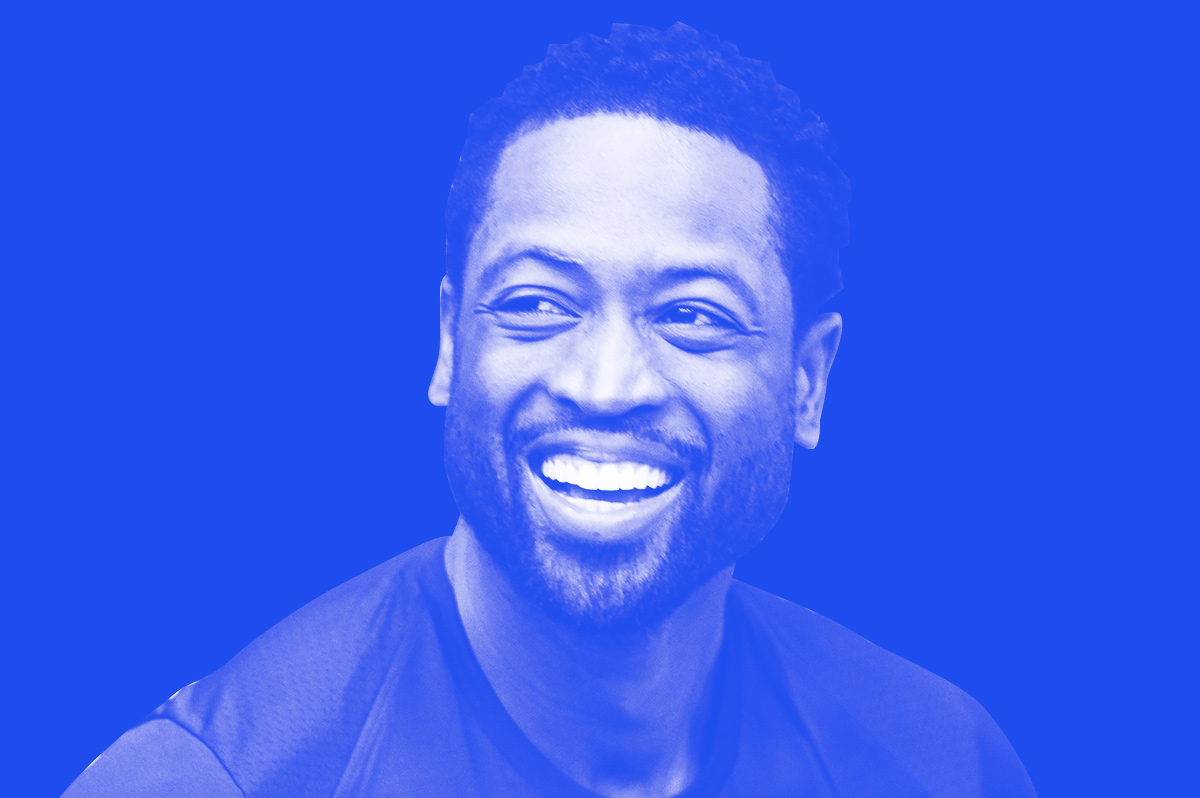 Proving what we already knew, Boston Celtics guard Kyrie Irving said teammate Gordon Hayward and coach Brad Stevens “have an unspoken language already.” Cleveland Cavaliers guard Dwyane Wade said it was not his idea to ride on the back of a banana boat with Gabrielle Union, LeBron James and Chris Paul: “I remember saying, ‘Guys, I didn’t wanna get on there,’ but, you know, peer pressure.” Trump, who aced geography in college, said Puerto Rico is “an island. Surrounded by water. Big water. Ocean water.” Former Maricopa County Sheriff Joe Arpaio, who recently received a presidential pardon after being convicted for essentially racial profiling Latinos, traveled to California to continue his investigation of former President Barack Obama’s birth certificate. Former NFL player Chad Johnson, who once legally changed his last name to “Ochocinco” because he thought it was Spanish for “85,” compared the NFL’s “whitewashing” of protests during the national anthem to “a goddamn Ice Bucket Challenge.” Third-graders in the Washington, D.C., area said they don’t like Trump because “ever since he was president a lot of bad things have been happening,” “Trump doesn’t like black people and Hillary Clinton does,” and because “he’s orange.” Another person resigned from the Trump administration.