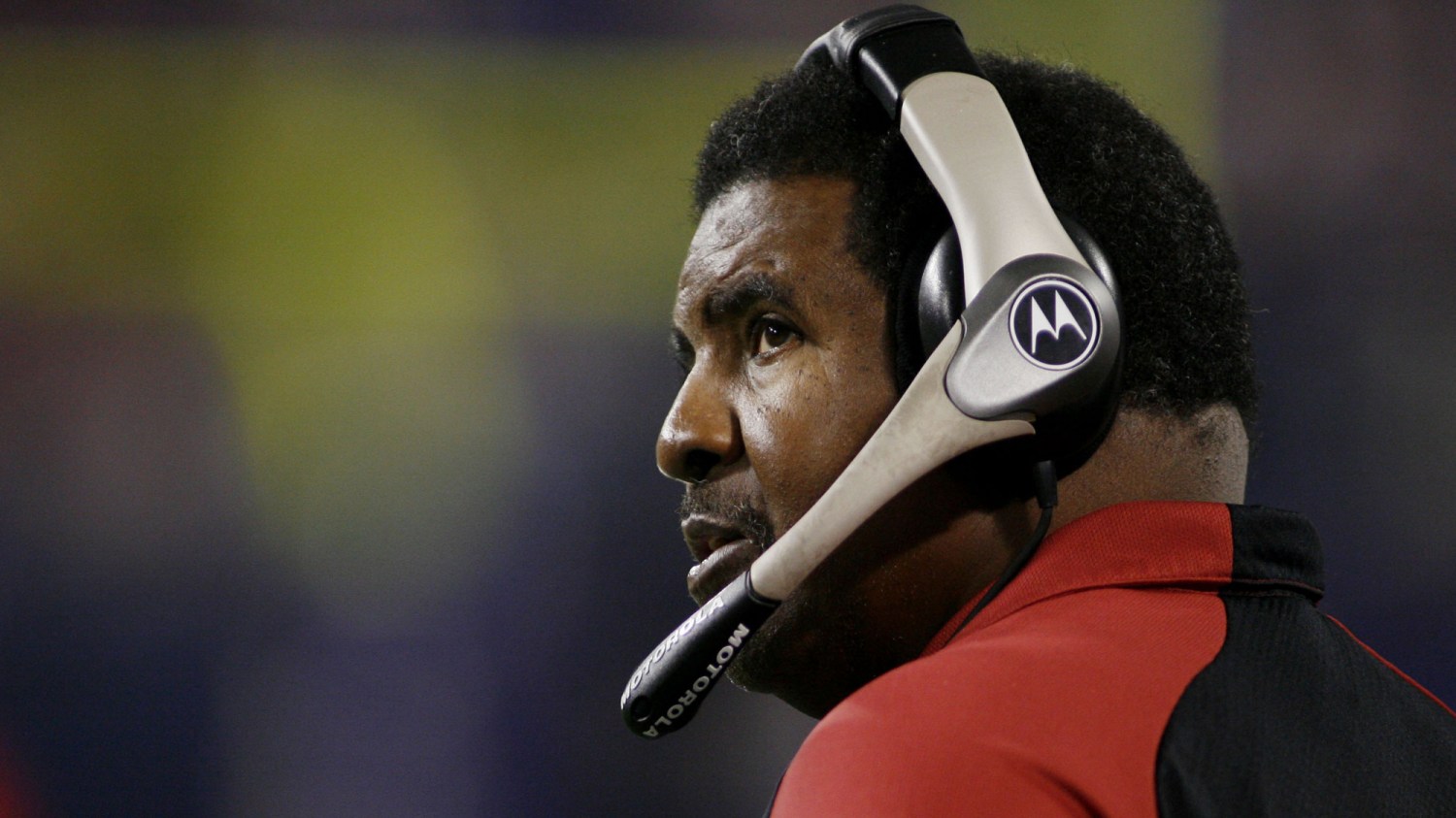 Dennis Green was much more than one postgame rant

The NFL’s second black head coach was a trailblazer

Until he unleashed a fiery postgame rant late in his coaching career, Dennis Green wasn’t known as one of the most intense competitors in NFL history. But Warren Moon could have told you that no one wanted to win more than Green.

A meticulous planner whose work ethic was second to none, Green, who died Friday of cardiac arrest at 67, set the tone for everyone who reported to him. And if Green sensed that assistant coaches or players weren’t striving as hard as he was, he didn’t have to open his mouth to send a message.

“If we had a bad practice, or especially if we lost a game, Denny would stand by the front door of our meeting room,” said Moon, the Hall of Famer who started at quarterback under Green for three seasons with the Minnesota Vikings.

“Denny would stand there and look directly at everyone as we entered the room. Everybody could feel the vibe of how Denny’s mood was, how the team meeting was going to be and how the rest of the week would be. And if guys didn’t play well, if they weren’t executing and doing the things we had practiced, Denny would just shoot you this look that was like, ‘Uh, oh.’ I always laughed at how intimidated guys were walking into that meeting room, but Denny created an environment that enabled us to be successful. His success opened doors for guys behind him. There’s no doubt about that.”

Only the second African-American head coach in the NFL’s modern era, Green took charge of the Minnesota Vikings before the 1992 season. At the time, Art Shell, who took over the Oakland Raiders during the 1989 season, was the league’s only other black head coach. Green had proven himself as a college coach at Northwestern and Stanford, and in the pros as a member of head coach Bill Walsh’s San Francisco 49ers staff.

Like Shell, Green was a pioneer at a time when the NFL only embraced inclusion on the field. The Rooney Rule, which requires NFL teams to interview at least one ethnic minority candidate for job openings, wouldn’t be implemented for another 11 years.

If Green failed, it would be harder for other African-Americans to ascend to the highest positions in coaching. No matter how you measure it, he got the job done.

In the 1990s, only five coaches had more wins than Green’s 81 victories. Among Vikings head coaches, Green is second only to Hall of Famer Bud Grant with 159 games coached, 97 wins and a .610 winning percentage. During his 10 seasons with the Vikings, they had eight playoff appearances.

Green had his best team in 1998. It was Randy Moss’ rookie season and the Vikings went 15-1 and set an NFL record for points in a season. Although the Atlanta Falcons upset them in the NFC championship game, that season established Green as a coach who could build and sustain a program.

“He showed what we could do as coaches if we got the opportunity,” said Doug Williams, the first black starting quarterback to win a Super Bowl (with the Washington Redskins). “And Denny understood that getting the opportunity and doing something with it was all part of something bigger.

Tony Dungy, who served as a Vikings defensive coordinator under Green, was the first black coach to win a Super Bowl. On Aug. 6, Dungy will be inducted into the Pro Football Hall of Fame in Canton, Ohio. Green took pride in the achievements of everyone who coached and played under him.

“He was tough, and he didn’t take crap off of anyone, but we were all family to him,” Moon said. “Guys who didn’t know each other well, he would encourage them to go eat together in the cafeteria. And he took care of us. Denny provided great meals for us. We had a full-time cooking staff. If there was something that could keep us fresh and ready [to play], Denny would think of it.

“That’s why Denny was one of my favorite coaches to play for in the NFL. When I got to Minnesota, I was [38]. At that time in my career, Denny was the perfect coach for me. He didn’t want to beat you up during the week. He was very, very organized, and we practiced fast, but he didn’t wear you out. You see what he did in Minnesota, and what he did worked.”

Green’s second act didn’t work as well. As head coach of the Arizona Cardinals, Green suffered three consecutive double-digit loss seasons. His stint in Arizona, however, did produce one of the most memorable sound bites in sports history.

After the Cardinals squandered a 20-point lead and lost to the Chicago Bears in October 2006, Green banged a lectern and shouted, “They are who we thought they were! And we let them off the hook!”

But for African-Americans who have played and coached in the NFL, Green will be remembered for much more than losing his cool that one night in the desert.

“Everybody knows about the rant and goes back to that, but not enough people remember him being a successful head coach at a time when there was no Rooney Rule,” said Ryan Clark, who played safety for 13 years in the NFL and is an ESPN analyst.

“Think about what that man accomplished. Think about how he had to fight and earn everything he got. And think about all those young black players and coaches he helped. That’s what I’m going to remember about him.”

Green was a pioneer. And that’s definitely something worth shouting about.