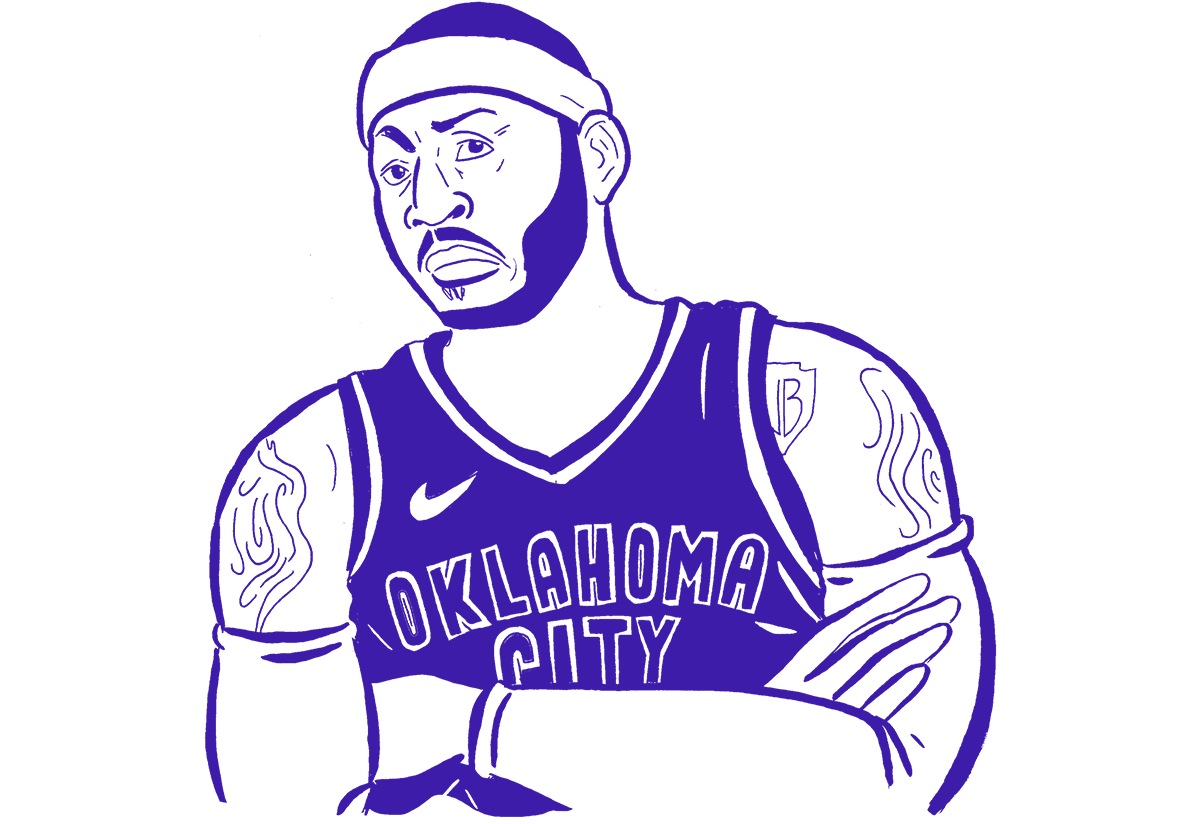 Indianapolis Colts kicker Adam Vinatieri may have cost himself $500,000 after attempting and missing two field goals during a blizzard in Buffalo, New York, on Dec. 10. Whoever had 26 games in the “When will Carmelo Anthony get fed up in Oklahoma City?” office pool has won. After Chicago Bulls forwards Bobby Portis and Nikola Mirotic, who brawled two months ago, leaving Mirotic with a broken jaw, scored a combined 47 points on 6-of-10 3-point shooting, NBC Sports Chicago called the performance a “1-2 PUNCH.” The Buffalo Bills, valued at an estimated $1.6 billion, are offering $11 an hour for people to help shovel New Era Field after a snowstorm over the weekend. Former NBA center Jermaine O’Neal, an expert in this field, said, in response to Seattle Seahawks players and Jacksonville Jaguars fans nearly brawling on Dec. 10, “just because we’re professional athletes doesn’t mean we should be treated like animals.” NBA Hall of Famer and part-time international diplomat Dennis Rodman plans to prevent nuclear war between North Korea and the United States by organizing a basketball game between Pyongyang and the U.S. territory of Guam. 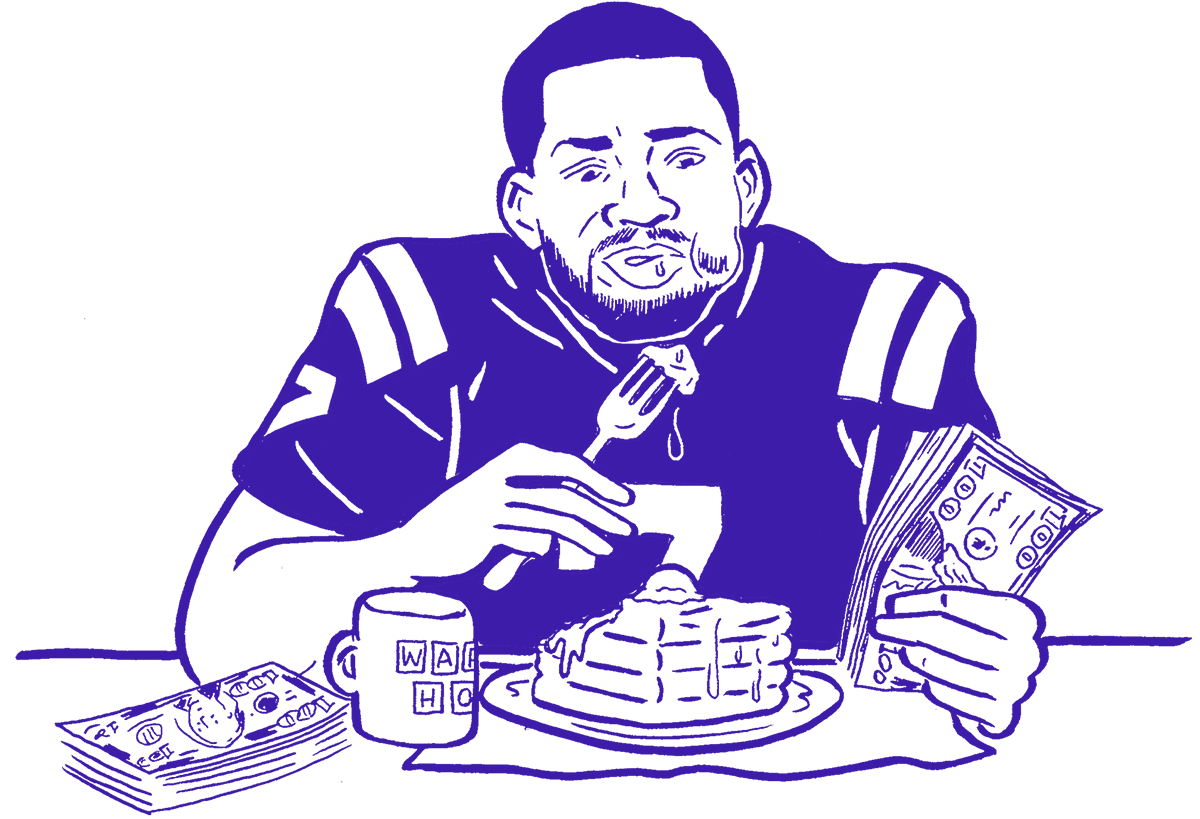 Indianapolis Colts quarterback Jacoby Brissett, earning more than $500,000 this season, went to the Waffle House to celebrate his 25th birthday “because it’s cheap.” A New Orleans Saints fan is suing the team to refund his season tickets because of player protests during the national anthem, claiming angry fans who curse and spill beer in reaction to the players create a “borderline dangerous” environment. Retired professional boxer and burgeoning civil rights activist Floyd Mayweather Jr. said he doesn’t support the Black Lives Matter movement because “I see more white people with TMT [The Money Team, his clothing line] s—.” Former professional baseball player Jose Canseco, taking full advantage of his second chance in life and baseball, tweeted, “What is going on with all these politicians molesting women I’ve been molested by several women and never complained.” In “the jig” news, Los Angeles Angels star pitcher and designated hitter Shohei Ohtani, who signed with the team last weekend for $2.3 million from Japan, had a physical recently that showed he has a first-degree sprain of the ulnar collateral ligament in his elbow. 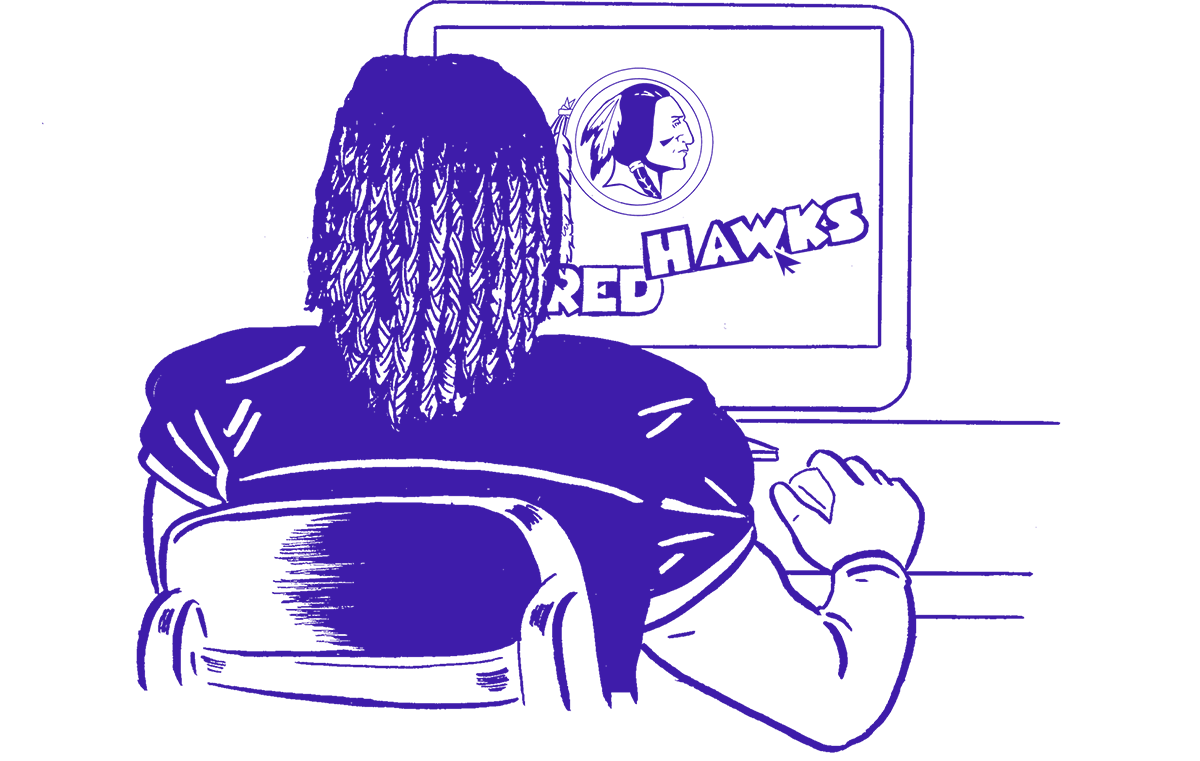 The NBA announced the 2021 All-Star Game will be hosted in the warm month of February in balmy Indianapolis. Detroit Lions coach Jim Caldwell, understanding the first rule of Fight Club, said he doesn’t care to share his favorite movie because he doesn’t want to explain it or have it be misunderstood. Someone with a lot of time on their hands *cough* Obertray Iffingray *cough* created fake distinct website pages for Sports Illustrated, The Washington Post, Bleacher Report and ESPN to spread a hoax that the Washington Redskins changed their name to the Washington Redhawks. NFL commissioner Roger Goodell, securing the bag, said his recent contentious contract extension, worth an estimated $200 million, will be his last with the league. New York Jets receiver Casper Jeremy Kerley, back with the team after serving a four-game suspension for testing positive for performance-enhancing drugs, said the drugs got into his system because there are “a lot of ghosts around here. Ghost put it in there. You know, the ghost of Christmas past? … I don’t know.” Former NFL player Warren Sapp, accused of urinating in front of a former female co-worker and giving her “sex toys as a Christmas gifts three years in a row,” said the vibrators he purchased “weren’t about sex,” posted a photo of a lipstick case-shaped vibrator on Twitter with the caption “I’m sorry thought they was cute!” and said he did walk in on the woman in the bathroom but did not urinate with her inside, instead telling the woman, “This s—-er can’t be your office.” 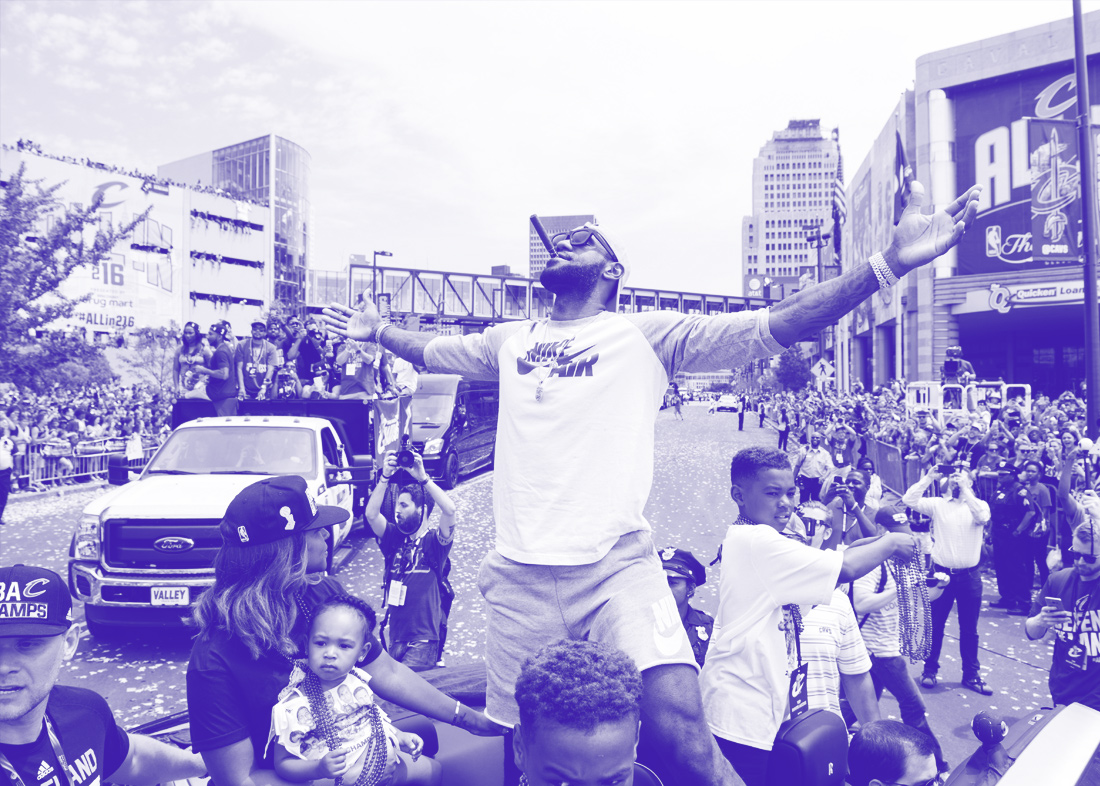 New Cleveland Browns general manager John Dorsey, who, when he held the same position with the Kansas City Chiefs, traded a second-round pick for quarterback Alex Smith, said the former front-office regime “didn’t get real players” for head coach Hue Jackson. In what is just a mashup of search engine optimization buzzwords, Entourage star Jerry “Turtle” Ferrara was named “creative consultant” of the New York Knicks’ NBA 2K esports league team. Cleveland Cavaliers forward LeBron James, yelling, “It’s my money, and I want it now” from his balcony, won’t accept anything less than $35 million a year for his next contract.