Formerly an injured prospect in the minor leagues, the outfielder has produced an eye-catching season

Detroit Tigers outfielder Akil Baddoo is turning his baseball career into a lesson in resiliency. From Tommy John surgery in 2019 to the uncertainty of the Rule 5 draft, he has overcome a range of challenges to produce an eye-catching rookie season.

At 22, Baddoo is on pace to post the best batting average by a Tiger under 24 years old, according to ESPN Stats & Information. He’s second among American League rookies with at least 200 plate appearances in batting average (.271), on-base percentage (.346) and stolen bases (14).

In a league that is 8% African American and starving for young talent and diversity, Baddoo is bringing excitement to the game. From seeing his helmet drop as he rounds first base to hearing Fred Flintstone’s “Yabba Dabba Doo” echo throughout Comerica Park when he’s making a play, the kid who grew up in Conyers, Georgia, is already special to the fans of Detroit.

“The platform that I have right now, I know it’s all about the future and the kids that look up to me,” Baddoo told The Undefeated on a video interview last week. “I just try to play the game the right way and tell them, ‘Hey, it’s OK to dream big.’ The game certainly needs to be diversified more, and so my message is to let them know it’s OK to play baseball because it’s a fun sport and you see people like me, who look like you.”

Baddoo’s 10 home runs rank in the top 15 among all rookies. He’s now only the second Tiger in club history to hit .270 with 10 home runs and 10 stolen bases, the other being “Mr. Tiger” Hall of Famer Al Kaline, who did it in 1957. The left-hander has been a bright spot in the team’s 10-4 record since the All-Star break, including a seven-game win streak, a feat Detroit hasn’t achieved since 2016. 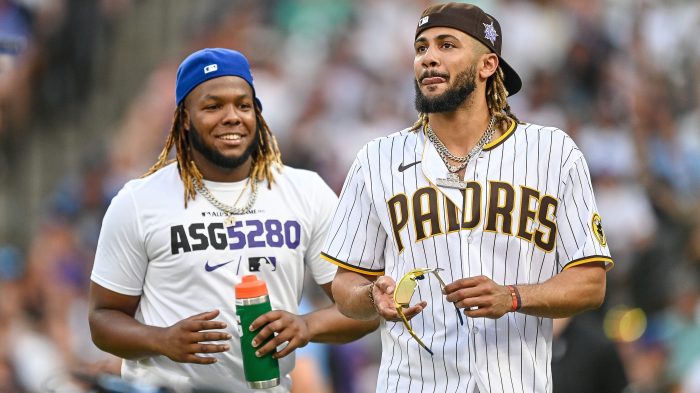 “The mindset to have? When you focus on the past, that’s your ego. ‘I did [this] in the past. I won [that] in the past.’ When I focus on the future, that’s my pride. ‘I’m going to dominate.’ That’s your pride talking. I try to focus on the moment. In the present. That’s humility. That’s being humble. That’s a skill I’m trying to master. And it’s been working so far. So, I’m not going to stop.”

That message wasn’t lost on Baddoo when he was asked about a potential rookie of the year nod: “Whatever happens, happens. Just have to focus on what’s in front of you and let the chips fall where they may.”

Baddoo’s love of baseball began at age 4. His father, John Baddoo, a native New Yorker, was an avid Yankees fan and a collector of baseball cards. It was through this devoted fandom that Baddoo was introduced to the sport.

“When I was 4 years old, I picked up a bat and my father was like, ‘We’re signing you up for baseball,’ because once I had it in my hand, I knew what to do with it. I had my stance and everything, and I could hit the ball pretty far,” Baddoo said.

Baddoo’s family left Prince George’s County, Maryland, when he was 2 years old and moved to suburban Atlanta. His memories of family and the role they played in shaping him into the person he is today go back to his paternal Ghanaian and maternal Trinidadian roots.

“I grew up on rice and peas and jerk chicken that my mom would cook, and listening to good music, you know in the Trinidadian culture, it’s calypso,” Baddoo said. “We knew, my brothers and I, growing up that when we heard the reggae music playing on Sunday, it was time to clean.”

The rookie credits his mother, Akilah Baddoo, as being his biggest inspiration and the one who keeps him grounded. Although, according to him, she preferred soccer to be his sport of choice, she ultimately wanted Baddoo to choose what would make him happy. For Baddoo, baseball was the obvious choice, and now Mom has become the one most likely to yell at an umpire on his behalf. The admiration the outfielder has for his mother is the reason he’s sure to acknowledge her and God after every home run.

“Whenever I get a hit or strikeout, I can feel her, “Baddoo said, laughing while making circular gestures around his head, simulating his mother’s presence. “That’s Mom dukes. She’s always with me.”

As a rising MLB draft prospect, Baddoo became popular throughout Georgia for his speed and ability to make plays at the plate. Leaving behind a scholarship offer to Kentucky, Baddoo was selected in the second round of the 2016 MLB draft by the Minnesota Twins.

“When he first got to the GCL [Gulf Coast League], he was really, really athletic but very raw, as far as baseball stuff goes. I was like, he’s kind of got a long way to go,” said St. Paul Saints manager Toby Gardenhire, who managed Baddoo in the minors beginning in 2017.

“But he worked so hard. Every single day. Whatever we asked him to do he just went out there and did it 110%. The crazy thing was I saw him again the next year in spring training working and I was like, ‘Dang, he’s come so far.’ As far as his swing goes, his outfield play, he just got so much better so fast at everything that he did that it was actually really impressive.”

However, in 2019, Baddoo’s future was up in the air. Playing for the high-A Fort Myers Miracle (now the Fort Myers Mighty Mussels), the left-hander was only able to participate in 29 games before suffering a Grade 3 tear in his ulnar collateral ligament, requiring him to undergo Tommy John surgery and miss the next year of baseball.

“He was going so well,” Gardenhire said. “He was doing everything that we asked him to do, and I knew he was going to have a good year that year too. We were taking infield/outfield and he threw a ball from center field to third base, and I saw him grab his arm after and I knew right away. I said, ‘That’s not good. This is not a good deal.’ ”

Baddoo spent the next year rehabbing from his surgery, describing it as “one of the toughest years.” As an injured prospect in the minor leagues, Baddoo didn’t have the advantage of roster security upon a successful return. 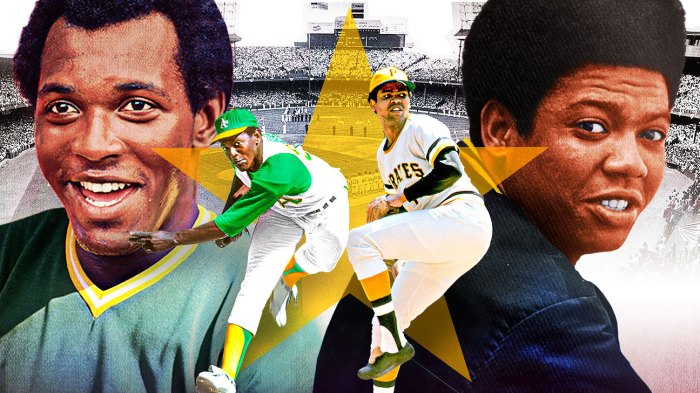 “Me going through that, the whole injury, the surgery and everything, and just the spot I was at, being unprotected. It was kind of like, it wasn’t necessarily doubt, but was more like [all right] what’s the path now? I leaned towards my parents and my family members, who were just so amazing,” he said. “The circle I have is just so supportive, but I talked to them about it, and they said, ‘Hey, just stay positive and God just has a different route for you, a different path for you. So, just stay humble, stay ready and your moment’s going to be called on.’ ”

It’s only fitting that the momentous call would come from the city that knows all too well about the difficulties of bouncing back and what it means to be counted out. The reputation of Michigan’s most populated city is no secret. Never fully recovering from the race riots of the 1960s, poverty, police corruption, economic decline and racial unrest have long plagued the Motor City. Yet, stacked against the odds of bankruptcy, decayed infrastructure, unemployment and political turmoil, a rebirth has begun to revitalize the city, and now hope lives in a place once clouded by hopelessness and despair. Resiliency, remember?

That effort wasn’t simply relegated to the physical structure of Detroit. It’s trickled down into Detroit sports as well. Tigers, Red Wings, Pistons and Lions are all in a rebuilding phase in their clubs.

So, with the third pick in the 2020 Rule 5 draft, which allows clubs without a full 40-man roster to select certain non-40-man roster players from other clubs with a payment of $100,000, the Tigers called the name of Baddoo, believing that even without a 2020 minor league season (which was canceled as a precaution due to the coronavirus pandemic) Baddoo could still be beneficial for the reform of the ballclub.

Gardenhire, whose father Ron Gardenhire (the Twins manager for 12 years and manager of the Tigers from 2018 to 2020) still has a relationship with Detroit’s front office, remembers sharing with his dad that Baddoo was certainly a special player: “I told my dad to tell those guys in Detroit they are getting a really, really good kid who’s going to work really hard for them. I knew if anyone was going to be able to pull off what he’s been able to do for them, it was going to be him.”

And, boy, has the rookie been proving them right.

Baddoo burst onto the scene in the most phenomenal of ways, striking gold at his first major league at-bat with a home run, following up the next game with a grand slam, and adding a walk-off hit after that. But where there are highs, there are lows, and there was a short period when Baddoo was faced with the realities of being in the big leagues, going 7-for-56 with 29 strikeouts between mid-April and mid-May.

“That was the time when I leaned into my veterans and coaches, because they’ve been through it,” Baddoo said, “and sat back and told myself, ‘OK, what’s next? What do I need to work on?’ And I just kept learning. Just because I know how to play doesn’t mean I stop learning.”

The answer for Baddoo was a few sessions with Tigers mental skills coach Spencer Wood, who helped keep the rookie off the emotional roller coaster of a hitting slump. And once again, that spark of resiliency seeped in, allowing Baddoo to adjust at the plate and find his rhythm.

Before taking the most recent series against the Twins, the Tigers closed out a four-game sweep of Texas (first time since 1986) before dropping the series in Kansas City, ending their seven-game win streak. Baddoo started leadoff in each game of the Rangers matchup and two out of three against the Royals. As an outfielder without the benefit of being a daily starter, Baddoo doesn’t have room for error. But, Hinch is pushing him to be the everyday guy, telling The Detroit News ahead of the series finale against Kansas City on July 25, “I want him to be challenged and get some opportunities against some of these lefties.”

Baddoo has taken full advantage of the opportunities he’s given, putting up impressive stats when his number is called. As of July 28, he’s hitting .365 with 31 RBIs with runners in scoring position, .400 with 17 RBIs with two outs and runners in scoring position, .333 with 33 RBIs with men on base, and .750 (6-8) with 15 RBIs when the bases are loaded. He’s showing no indication of slowing down and it is arguably why his name is gaining traction in the AL Rookie of the Year category.

There is still a lot of baseball to be played. And the Tigers are still third in the AL Central, with little expectation to be a playoff contender. Yet, there is buzz around baseball in Motown again. The excitement the team has garnered can certainly be attributed to the rookie and how he’s answered every challenge he’s been presented with. It’s not every day a Rule 5 draft pick gets this chance. Baddoo is making sure not to waste a single moment of it.

Terrika Foster-Brasby is a Saint Augustine's University grad with a BA in Political Science and a MA in Multimedia Journalism. Hailing from Detroit, Terrika loves the Colts, can quote anything Family Guy and believes Disco was the best music era ever!