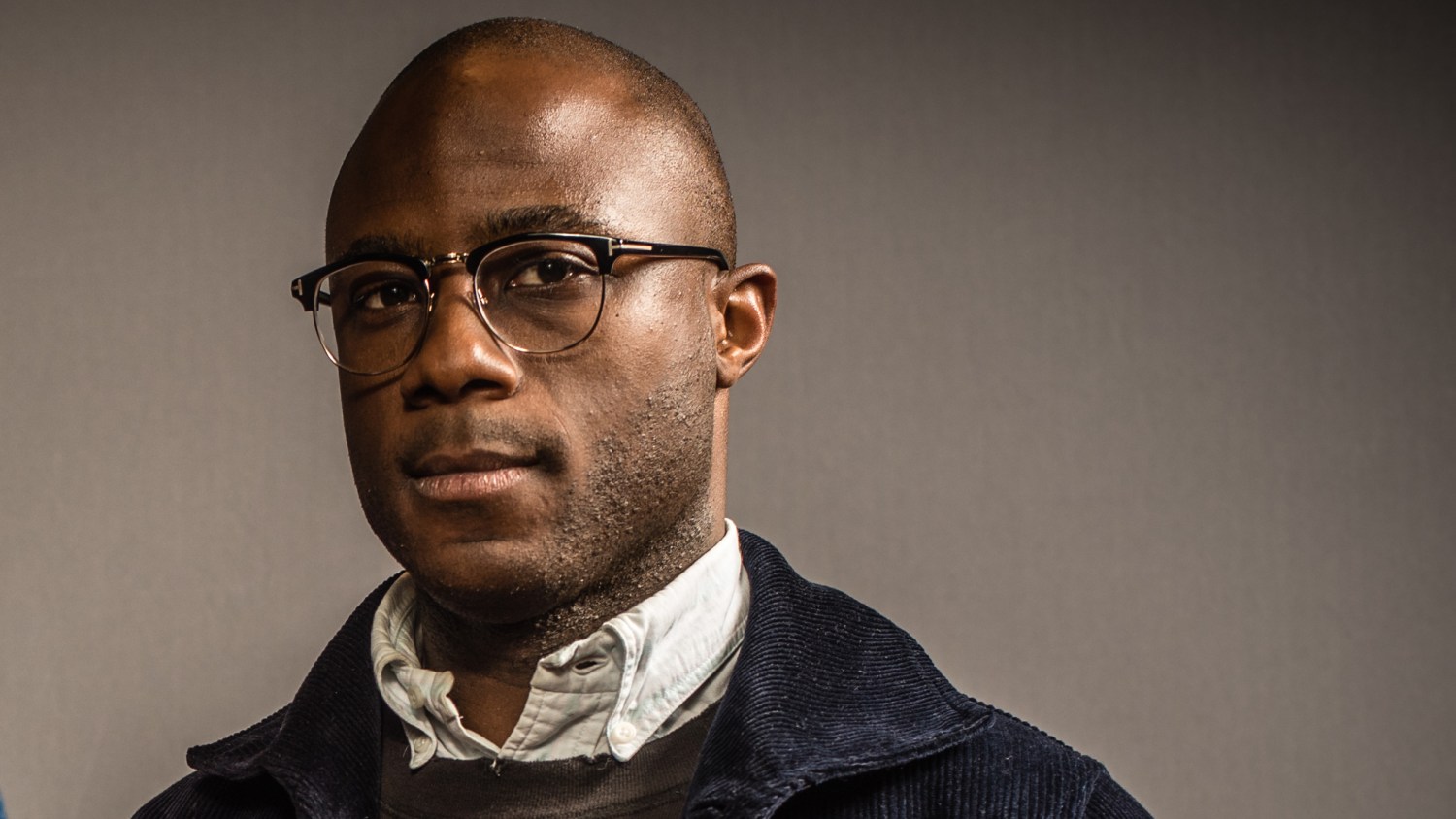 Director Barry Jenkins is receiving Oscar buzz for the coming of age movie, Moonlight. André Chung for The Undefeated
The Contenders

Barry Jenkins’ ‘Moonlight’ and the gift of specificity

He wins by telling a story as only he can

Barry Jenkins doesn’t like to talk much, but that doesn’t mean he doesn’t have a lot to say.

Jenkins is the slight, bespectacled director of the film on everyone’s lips these days: Moonlight. For once, it’s safe to believe the hype: Moonlight is just as extraordinary as the continuous stream of glowing praise it’s been receiving would have you believe.

I spoke with Jenkins in a roundtable that included Moonlight actors Trevante Rhodes, André Holland, Naomie Harris, and playwright Tarell Alvin McCraney, who has a story credit on the film. Jenkins was mostly content to hang back in the conversation, offering affirmations of his actors, or small addendums to their stories.

Moonlight tells the story of one boy who grew up in Miami’s Liberty Square housing project, known to many of its residents as the Pork and Beans. You have to drop the “r” when you say it, though: Poke ’n’ Beans. It’s an introspective, poetic triptych that follows the central character through three parts of his life: as a small, elementary school-age boy called Little (Alex Hibbert), a high schooler who goes by his given name, Chiron, pronounced shy-RONE (Ashton Sanders), and an adult drug dealer named Black (Rhodes). Like both Jenkins and McCraney’s mothers were, Chiron’s mother, Paula, is addicted to crack cocaine, and Chiron spends his childhood watching his mother descend deeper into her addiction.

Moonlight is a character study rendered with aching tenderness, a portrait of how the smallest kindnesses and the biggest cruelties can stay with a person.

Jenkins uses operatic silences and sparse dialogue to draw you into the film, building on the exploration of intimacy and alienation he first introduced in the 2008 film Medicine for Melancholy. In Moonlight, those silences are sometimes punctuated by small, ambient noises while others are given a flourish with Nicholas Britell’s score, as they are when Little runs across a field with a pack of boys, chasing after a makeshift soccer ball made primarily of duct tape.

Chiron is withdrawn and self-protective, and like his mentor Juan, who also happens to be the neighborhood dope man, played by Mahershala Ali, we learn about Chiron by studying his movements and especially his eyes. The physical performances in Moonlight are so layered and controlled that the film bears new revelations upon subsequent viewings. There’s just no way you catch everything the first time, even if you aren’t scribbling observations into a notepad.

“I don’t like talking so much,” Jenkins said. “I’m not at home talking, you know? I like just being. Those are things I remember. I very rarely remember conversations, you know? I kind of remember feelings and moments and I’m just trying to translate some of those things into the work, with this piece in particular. I think this character is retreating into himself, he’s like shrinking over the course of the film and so he’s projecting less because the more he projects, the more he thinks this pride is going to get beaten out of him.”

While the heavily desaturated tone of Medicine for Melancholy reinforced the idea that something was missing in the lives of its main characters, played by Wyatt Cenac and Tracey Heggins, in Moonlight, Jenkins uses blue to tell a story of its own. It’s not just a nod to the film’s source material — McCraney’s play, In Moonlight Black Boys Look Blue — but a way to illustrate how Juan, whose nickname is Blue, and the love he represents has seeped into Chiron’s life and psyche. In the color-correcting process, Jenkins realized he would also have to turn down the existing Technicolor vibrancy of the Pork and Beans, which didn’t fit at all with the mood of the film. He especially struggled with a scene in which high school-age Chiron is coming home from school and encounters a set of bullies in the middle of the street.

“I don’t like talking so much,” Jenkins said. “I’m not at home talking, you know? I like just being.”

“Miami is such a beautiful, colorful place that there was no way intellectually I could have figured out how to desaturate Miami,” Jenkins said. “The color became a commentary in and of itself because it was so lush and bright, those projects, that we had to work to get it to a realistic level of colorful beauty. You know what I mean? And this is the most oppressed neighborhood in Miami. Myself and the color correctionist and the cinematographer are in the box just fighting like hell for it to not be like, ‘We’re at Disneyland! And it’s Pleasantville!’ ”

Moonlight is a character study rendered with aching tenderness, a portrait of how the smallest kindnesses and the biggest cruelties can stay with a person in ways he or she doesn’t even fully realize. In the case of Chiron, the ice water baptism he gives himself to prevent his face from swelling after he’s attacked at school gives way to adult ritual. The movie is all the more impressive because it uses three actors to portray not only Chiron, but his closest childhood friend, Kevin. Jenkins worked by casting the adult actors first, then finding children, mostly untrained, to portray the younger versions. The resulting continuity is a testament to Jenkins’ vision, precise directing and spot-on casting. None of the Chirons were around to watch the others’ performances — the actors didn’t even meet until September at the Toronto International Film Festival, long after the project was in the can.

As a film, and especially as a film that’s going to be tough to knock out of contention for Best Picture if there’s anything like justice in the world, Moonlight is a towering argument for specificity. Through and through, it feels like a story only Jenkins and McCraney could execute in the manner they did, because the subject matter is so close to them, and they were generous enough to share it with us.

Awards season tends to suffer from predictably broad, universalist pablum, especially in the way films are marketed to draw as large an audience as possible, which is how we end up with hoary, hollow declarations such as “we all are Precious.”

We are not all Chiron, nor do we need to be to appreciate his story, as evidenced by Moonlight’s impressive box office performance in limited release. The film opened in Los Angeles and New York on Oct. 21 on four screens and took in $402,075. Moonlight boasts the highest opening per theater average this year. It’s not because it conjures up some fleeting inspirational nugget of warmth and triumph by its end — it doesn’t. It’s because Jenkins has created a person and a work that forces you to sit with it, in your thoughts, in the quiet, until you can’t help but take Chiron with you.

Moonlight opens in more cities this weekend and nationwide Nov. 4

The Contenders is a recurring series of conversations with creatives who will be—or should be—in line for victory during the annual film awards season.