LAKE BUENA VISTA, Fla. – Rosalyn Durant made Black history when she began her first day on the job as the senior vice president of operations for Disney Springs, ESPN Wide World of Sports, and Disney’s Blizzard Beach and Typhoon Lagoon Water Parks on March 9. She is the first African American woman to hold her position with Disney.

But Durant didn’t have much time to get acclimated before the World Health Organization declared the coronavirus outbreak a pandemic two days later.

“I did not have a traditional onboarding, but I sincerely believe that I am meant to be here at this moment,” Durant, who previously worked for ESPN for 20 years, told The Undefeated on Wednesday. “You learn fast. We had to figure out what this meant for our business, how to protect our cast members, how to do what was right for our guests.

“I was the new person, the people around me weren’t new. They knew their jobs. They knew this company, and they brought me along.”

Over the next four months, Durant would play a key role in reviving the 2019-20 NBA season, which will restart on July 30 at ESPN Wide World of Sports Complex in Orlando, Florida.

The following is a Q and A with Durant, who discussed her role in bringing the NBA season back, how she hopes to be a role model for women and more.

(The Undefeated is part of ESPN, which is owned by Disney.)

How does it feel to be a part of the NBA restart?

This is history in the making. I believe that good can come from anything. And even from the darkest moments, great things can arise. What the NBA is doing, what the players are doing, is one of those great things that will come of this. The way they’re using their platform to help make the world better and more just, is good that will come out of this. The ability to help bring sports back to fans who are in need of more things to cheer for, and more things to get excited about is special. And I think we all understand the magnitude and the enormity of this moment, but we don’t focus on it day to day.

I remember hearing Robin Roberts years ago saying, ‘Dream big but focus small.’ I understand the bigness, the enormity, but we’re focused on the details day to day, ensuring that there’s compliance with the safety protocols, ensuring the courts are ready. That the rooms are ready for the players. That there’s a good experience for everyone. That’s where we’re focused.

When you tell people what your job is, what’s the first response you get?

‘Have you met Mickey Mouse?’ Literally.

How did you convince the NBA to come to Wide World of Sports to resume this season?

But I will tell you from my history with the NBA, what helped is, there’s a mutual respect and an understanding of their business and the relationships. So, it allowed us to start from a familiar place, even in the midst of an unfamiliar situation, if that makes sense.

How do you ensure it’s a safe environment during the pandemic?

Many people call what we’re doing ‘the impossible.’ I think it is fun to do the impossible. I sincerely believe that if anyone can do this, and if anyone can do this right, it’s us. It’s the NBA, and it’s Walt Disney World. From the beginning, safety has been at the core of everything we’ve done. It’s been the league’s top priority. It’s been our top priority. Every decision, every deal point started there, and I sincerely believe that we, with the NBA, are doing everything we can to make this the safest and best environment possible.

What would you tell somebody worried for health reasons about Disney employees being able to be in the NBA bubble despite living on the outside?

How did you get your start in sports?

I studied broadcast journalism … I wanted to do sports on the air. … At work, I met Stuart Scott. I had this grand plan of how I’d be on SportsCenter with Stuart Scott. I created a show in my head and in my journal for what that would look like. I shared it with Stuart and he made me think it was a good idea at the time and continued to inspire me to go after it. And that’s what I believed I wanted to do.

You ended up being very involved in negotiating the NBA television deal in 2006.

Yes, I spent the first seven years or so at ESPN in a department called affiliate sales and marketing. Working on distribution deals with our cable satellite providers to carry our ESPN and Disney networks and services. I left that department in 2006 to lead ESPN’s partnership with the NBA and MLS. And at that point, we were prepping for a rights renewal. And I was brought in because of my background with negotiating contracts and managing relationships to do the same with the NBA. And it was — I guess that deal was signed in 2007 — definitely a highlight of my career.

What words of wisdom would you give women of color who want to be you one day?

I didn’t see a lot of people like me, a lot of Black women in leadership positions in my industry, when I was coming up. That didn’t discourage me, but quite the opposite. I knew that there was a void, and I felt a responsibility to do some small part to help fill that void.

I want to use my seat at the table, not just to be a reflection for little Black and brown girls and boys and other diversity groups. But to ensure we do right by them. To bring their voices and their names to the table [and] into the room. I’m very intentional in my approach to recruiting, and hiring, and mentoring, and sponsorship to make sure that people who look like me are given a fair shot. I want them to know that I see them, that I am them and that I am here to help make it easier for them.

Who were your female role models growing up?

Well, definitely, my greatest role model has always been my mother. She is the best human being that I know. She loves everyone without question. She is always kind. She’s compassionate. My mother believes that her purpose in life is to be liked and to help people, to take care of people. Everyone who meets her, loves her. And I want those words spoken about me. So, that to me is what a successful life looks like. And it’s always been my North Star.

I looked at Oprah [Winfrey] for aspiration, for what I could be professionally. I saw this Black woman using her gifts to connect with people and built a magnificent business and a brand off of that. And then using her platform to help people. And I admire that and I always saw it as another North Star.

What is the state of women of color in sports?

It is significantly better than it was when I started. I see more women. We find each other, we link arms, we support and we help each other. I’ve watched the numbers increase over the years. So, I am encouraged by where it is. I am committed to seeing it get to a better place where it’s not just women, but it’s women of color, and it is Black women who are not only in the companies, but who have a seat at the table. I see a path to that. Even the conversations that we’re having now in light of everything that’s happening in this world, it’s an awakening. I don’t believe this is a moment.

I believe this is a movement that would lead us to more social justice, to more representation at all levels.

Anything you can say about all the expected social activism that’s going to take place? 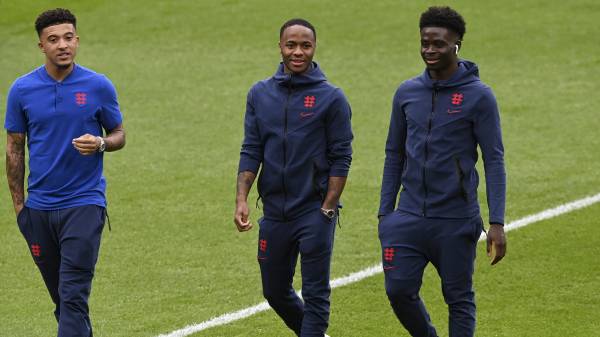 I’m very proud of the NBA and the players for their commitment to justice. And you know this, it’s not a marketing campaign. It’s real for them. What they’re doing on the court is only matched by the work they’re doing off the court. They sincerely want to make the world a better place. I feel that at a cellular level and share that commitment with them.

What do you think about how the NBA venue looks and what kind of experience do you think the fans would have from afar watching it?

It looks amazing. The work that’s gone into it on both sides, I believe, will provide a different and a new experience. All new isn’t bad. I think that it’s going to look great. It’ll show well on television and fans will get to see a few new things. That’ll be pretty exciting.