With stars aligning, the Clippers can become the main attraction in the NBA

LOS ANGELES — LA Clippers fans can envision Kawhi Leonard holding the Larry O’Brien Trophy high above his head. They can picture Paul George smoking a victory cigar. And they can imagine how sweet it would be to watch their team — finally! —have a championship parade outside of Staples Center, passing statues of Los Angeles Lakers greats Magic Johnson, Kareem Abdul-Jabbar, Shaquille O’Neal and Chick Hearn.

For nearly 60 years, Los Angeles has been a Lakers town. The franchise has won 16 titles (five while the team played in Minneapolis) and featured a long list of NBA icons wearing the purple and gold. LeBron James and Anthony Davis are the latest stars hoping to add to the Lakers’ legacy.

The Clippers, meanwhile, have forever lived in their rival’s shadow.

“It is a Lakers town. I’m good with that. I have no issues with that,” Clippers head coach Doc Rivers told The Undefeated from his Staples Center office recently. “They have how many titles that they’ve won here? You know, they claim them all, but they only won a certain amount here. I will say that. That actually bugs me a little bit. … Having said that, that’s generations of loyalty.

The Clippers have spent 35 years in Los Angeles. For much of their existence, they were the laughingstock of the league. And in 2014, the franchise hit rock bottom when then-owner Donald Sterling‘s racist comments damaged the NBA. The recent “Lob City” era with Chris Paul, Blake Griffin and DeAndre Jordan did bring some high-flying acrobatics and playoff appearances, but the injury-riddled crew could never get over the hump. 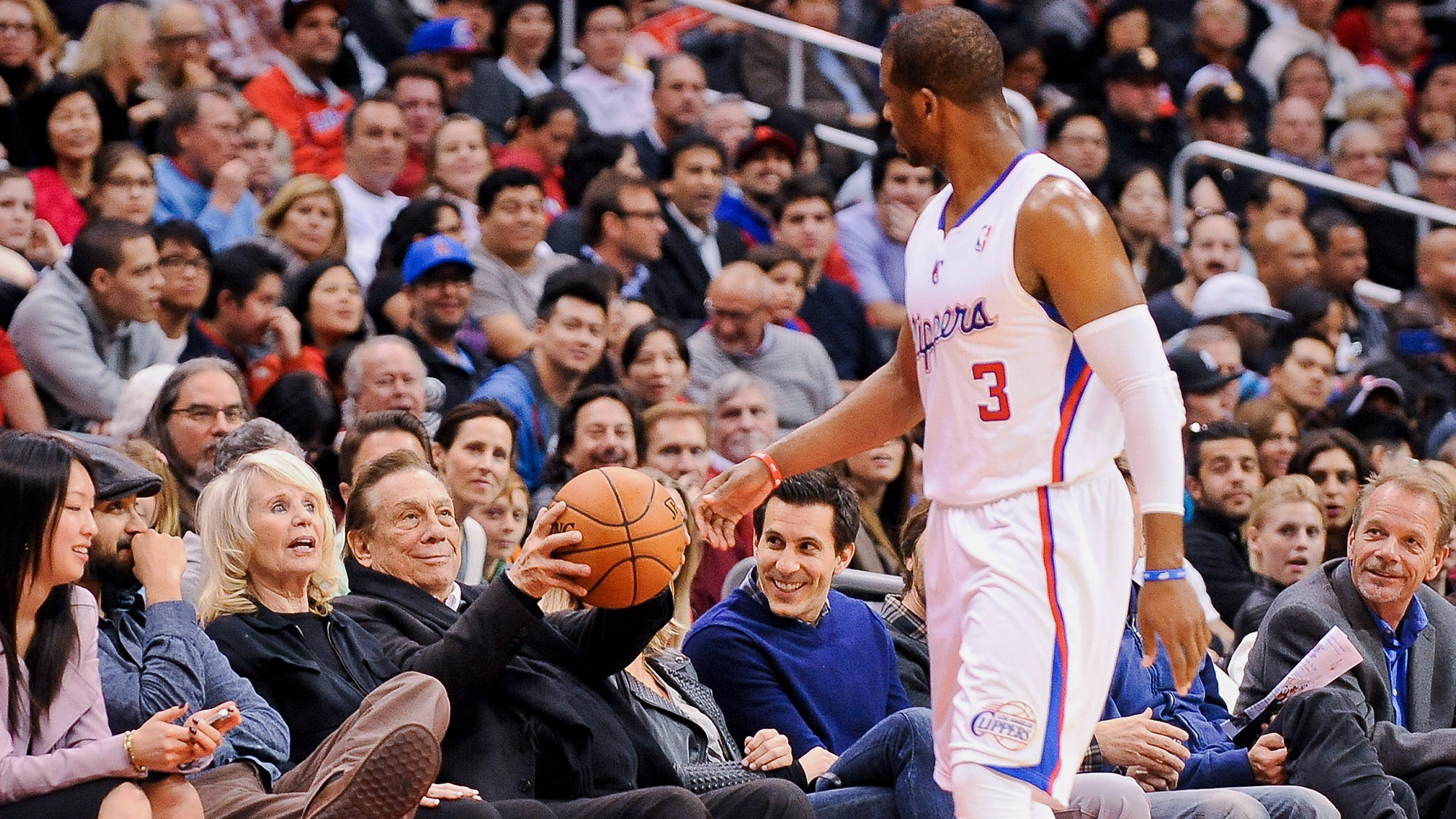 The Clippers have since rebounded. Last season, the team exceeded expectations and became an attractive destination for free agents. And this season, thanks to the acquisitions of Leonard and George, the Clippers have higher hopes than ever before.

In the annual NBA.com GM Survey for the 2019-20 season, 46% of general managers selected the Clippers to win their first NBA title. And the team isn’t shying away from those expectations.

“Right now, it’s about getting the Clippers to the Finals,” Leonard said during media day.

There are many reasons for this optimism. Leonard, a two-time NBA champion and two-time Finals MVP, is now back home in Southern California after leaving the Toronto Raptors in free agency. And George, a six-time All-Star, also returned to his Southern California roots after the Clippers acquired him in a trade with the Oklahoma City Thunder. But the Clippers’ roster still includes heralded sixth man Lou Williams, athletic center Montrezl Harrell, gritty guard Patrick Beverley and young sharpshooter Landry Shamet. Moreover, the team added depth with power forward JaMychal Green, small forward Moe Harkless and sharpshooting big man Patrick Patterson. Not to mention Rivers continues to be one of the most respected coaches in the league. Sources said Leonard and George both wanted to play for Rivers.

Everything looks great on paper for the Clippers. That said, for a team that had great chemistry last season, this squad has a lot of new pieces.

Rivers’ biggest challenge will be how quickly the Clippers can jell, especially since his two stars were not fully available during the preseason.

“Kawhi’s already won, so we know that he is that, and Paul wants to as well,” Rivers said. “But do all the guys? That’s the one thing. I think we have a collection of guys that want to win, but we don’t know yet. …

“Trying to win is doing whatever it takes to win, meaning that you may have to do something uncomfortable, something that you haven’t done.”

Rivers coached the Boston Celtics to an NBA title in 2008 after Paul Pierce was joined by fellow All-Stars Kevin Garnett and Ray Allen. Rivers credits Boston’s Big Three for being willing to sacrifice. Those Celtics were also healthy and bonded during training camp and preseason trips to Rome and London in 2007. Several players on that team would later credit the time in Europe for helping them bond quickly on and off the court.

For the Clippers, Leonard has played in only two preseason games and George is expected to miss the first 10 games of the regular season after having shoulder surgery over the summer. Leonard has mentioned health as a key to his previous championship runs, and he says he feels healthier than he did a season ago when he won a title with the Raptors. But until Leonard and George are both playing together, Rivers says, it will not be truly known how great these Clippers can be.

“I haven’t coached them yet,” Rivers said. “Kawhi has done all the skeleton work, and now he’s just starting to do all the live work. And Paul has yet to play. So until I get everybody … I don’t think any of us know. I like our look. I like a lot of the things that we have. So does Golden State, so does the Lakers. The West is so hard this year, and that’s good, but it’s going to be tough.

“It’s not the script you would like, but it’s the script that you have. And I’d rather have this script than not have it at all.”

If Rivers can figure out how to turn it into a Hollywood ending, he could also potentially become a strong candidate for the Basketball Hall of Fame.

Rivers, 58, has a career 894-658 coaching record after 21 seasons with the Clippers, Celtics and Orlando Magic. He is currently six wins away from becoming the 13th coach in NBA history to reach 900 wins and 51 wins shy of passing Hall of Famer Bill Fitch for 10th on the all-time wins list.

“I don’t pay attention,” Rivers said about the milestones. “I love what I’m doing. I really do. All the other stuff … the more you win and the more successful you are, other stuff comes with that. But I absolutely love coaching. I’ve had a good run at it.”

Rivers preferring not to reflect on his coaching success or legacy is nothing new. He actually locked himself in his office after the Celtics won the title in 2008 as the players celebrated with champagne in the locker room, succumbing to tears while alone thinking about the death of his father earlier that year and the challenge it took to get his first championship. His four children, meanwhile, were in the locker room enjoying the celebration without him.

“If I’ve had one fault in my entire life in sports, I’ve never had the ability to look at what I’m doing or done, and I’ve never been able to actually celebrate or enjoy it,” Rivers said. “Not going in the locker room after we won the title, I think I’m the only coach in the history that wasn’t part of the champagne celebration. I wasn’t thinking about it. …

“There’s no answer to that. That one I wish I could do over. It was the year my dad died too. I was emotional, and I went in my office and just sat. Locked the door, didn’t let anybody in. … I have pictures of Austin, Spencer, Callie and Jeremiah. [Spencer] was 10 with Kevin Garnett putting champagne in his mouth. That’s not great. And I wasn’t part of that. So you missed some stuff that I wish I can do back.”

If Rivers can captain this new movement in L.A., perhaps he will have another chance to celebrate a championship.