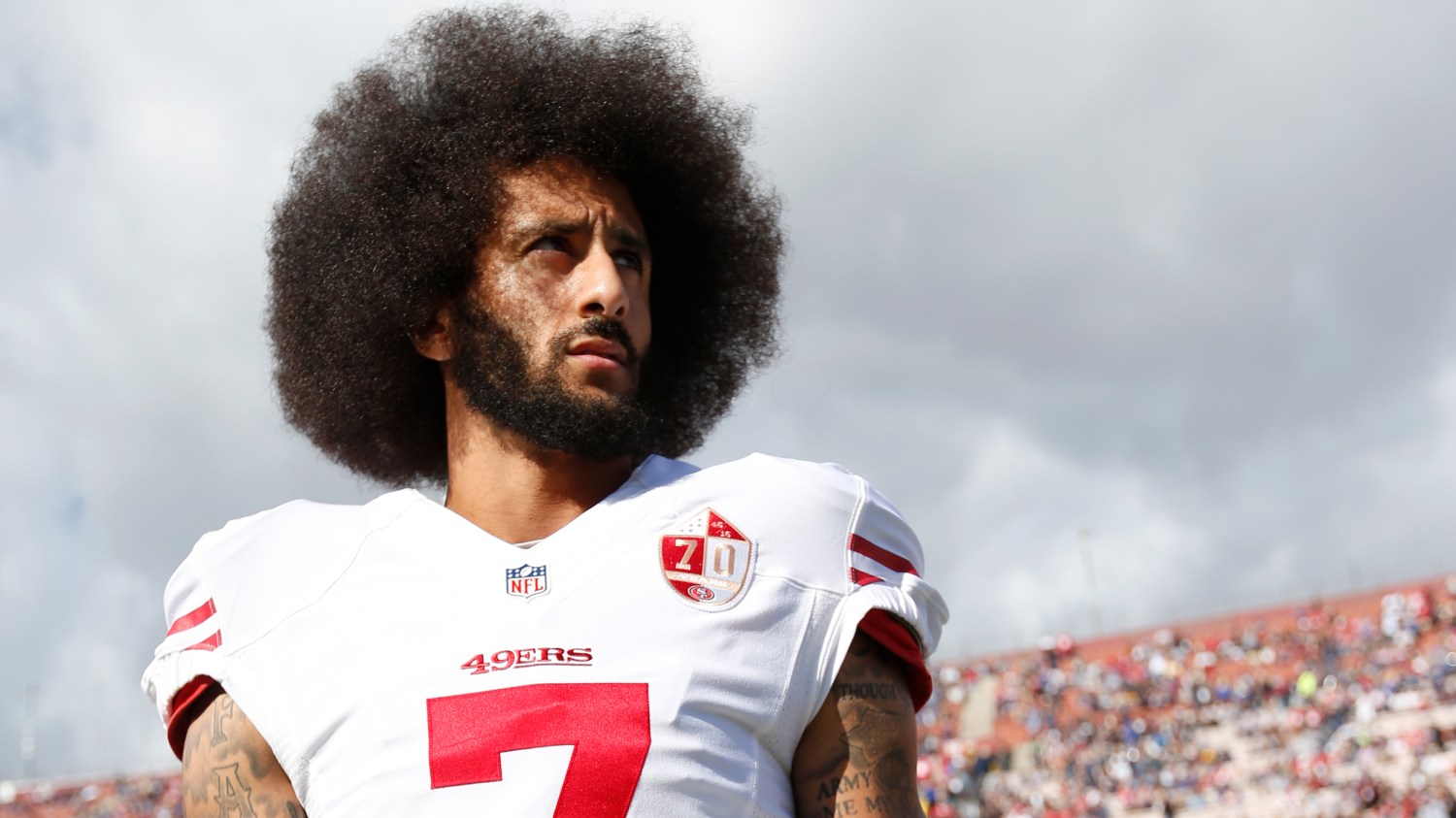 Does Colin Kaepernick have any legal recourse against the NFL?

While Colin Kaepernick awaits an offer that’s unlikely to come to rejoin the NFL, could he take his fight from the court of public opinion to a court of law? The NFL is under no legal requirement to employ Kaepernick. No judge could compel a team to sign him. But the quarterback, who has been passed over repeatedly for jobs this offseason — jobs that have gone to far less accomplished passers — could potentially sue the league.

The NFL shut out Kaepernick after his season-long peaceful protest. He chose not to stand during the national anthem, first sitting and then kneeling in an effort to draw attention to the oppression of black people and people of color, which infuriated decision-makers, according to many coaches and players. Commissioner Roger Goodell refutes the claim that the NFL is punishing Kaepernick for his anthem protest and is determined to end his career. Teams are “going to do whatever it takes to make their football team better,” Goodell said at an event in Los Angeles earlier this month. “If a football team feels that Colin Kaepernick … is going to improve that team, they’re going to [sign] him.”

It’s clear, however, what has happened to Kaepernick. All anyone has to do to see it is open their eyes, USC law professor Jody David Armour said.

“Some people will say that he isn’t with a team because he hasn’t earned it on the merits, he hasn’t earned it with his performance, not because owners and others have issues with his political positions,” said Armour, author of Negrophobia and Reasonable Racism: The Hidden Costs of Being Black in America.

“But it’s hard to look at statistics on the number of players who have signed contracts who haven’t been to the playoffs, who haven’t been to a Super Bowl and who can’t point to the kind of record that he can point to and say that there isn’t something going on here in the way of a message being sent out in some kind of discrimination.”

What Armour laid out may provide Kaepernick with the legal grounds to challenge the NFL in court, according to Susan D. Carle, a professor of law at American University’s Washington College of Law. Carle, an expert in discrimination, labor and employment law, said professional sports teams “have the complete right to choose the person they think is going to be best, and they can make that decision based on any reason except an illegal reason. So the only way that Kaepernick would have a viable lawsuit would be if he could show they were using an illegal reason” not to sign him. “And illegal reasons could include … race discrimination.”

But Kaepernick would face a high bar to prove his case, Carle acknowledged. “It would be very hard to show, and this is true in any kind of discrimination case, that the reason we didn’t hire you was because of an illegal reason and not just because we thought somebody else would be better at the job,” said Carle. “Every plaintiff in any kind of employment case faces that problem.”

Kaepernick would face another problem unique to his field, said Victor M. Glasberg, a longtime civil rights attorney. The NFL is almost 70 percent black, so “a team that has hired, hires and is full of African-Americans is not one that’s going to be able to be painted as [an organization] that’s not hiring somebody because of their race,” said Glasberg, whose Virginia-based firm is included in a U.S. News and World Report nationwide listing of the “best law firms for civil rights work.”

The recent acquittal of the Minnesota police officer who fatally shot Philando Castile during a traffic stop, parts of which were streamed online, and other acquittals of officers after fatal encounters with blacks provide painful examples of the issues African-Americans face with law enforcement. Kaepernick used his platform to shine a light on inequity within the system while also giving his money and time in an effort to effect positive change.

Even some of Kaepernick’s detractors in the NFL privately concede that he’s good enough to have a place in the sport, and it’s not fair his career has been derailed for trying to help others. “But no matter where you stand on what he did, he’s just not worth the hassle,” an NFL offensive playcaller said.

It seems apparent owners are using Kaepernick to dissuade players from being socially active during business hours, USC’s Armour said, which could also be part of a legal argument — if Kaepernick decides to make it.

If a politically active player “didn’t have the credentials to be a starter or a backup in the first place, then there’s no real issue” if he doesn’t have a contract, Armour said. “What makes the league’s message so crystal clear — at least to anyone whose eyes are open — is that he is good enough to get picked up.

“But what they’re doing is sending a deterrent signal out to all other players. They’re sending a signal to anyone who might be thinking about taking unpopular political stances and supporting maligned and marginalized groups: We want you to see what can happen to you. Look what happened to Kaepernick.”