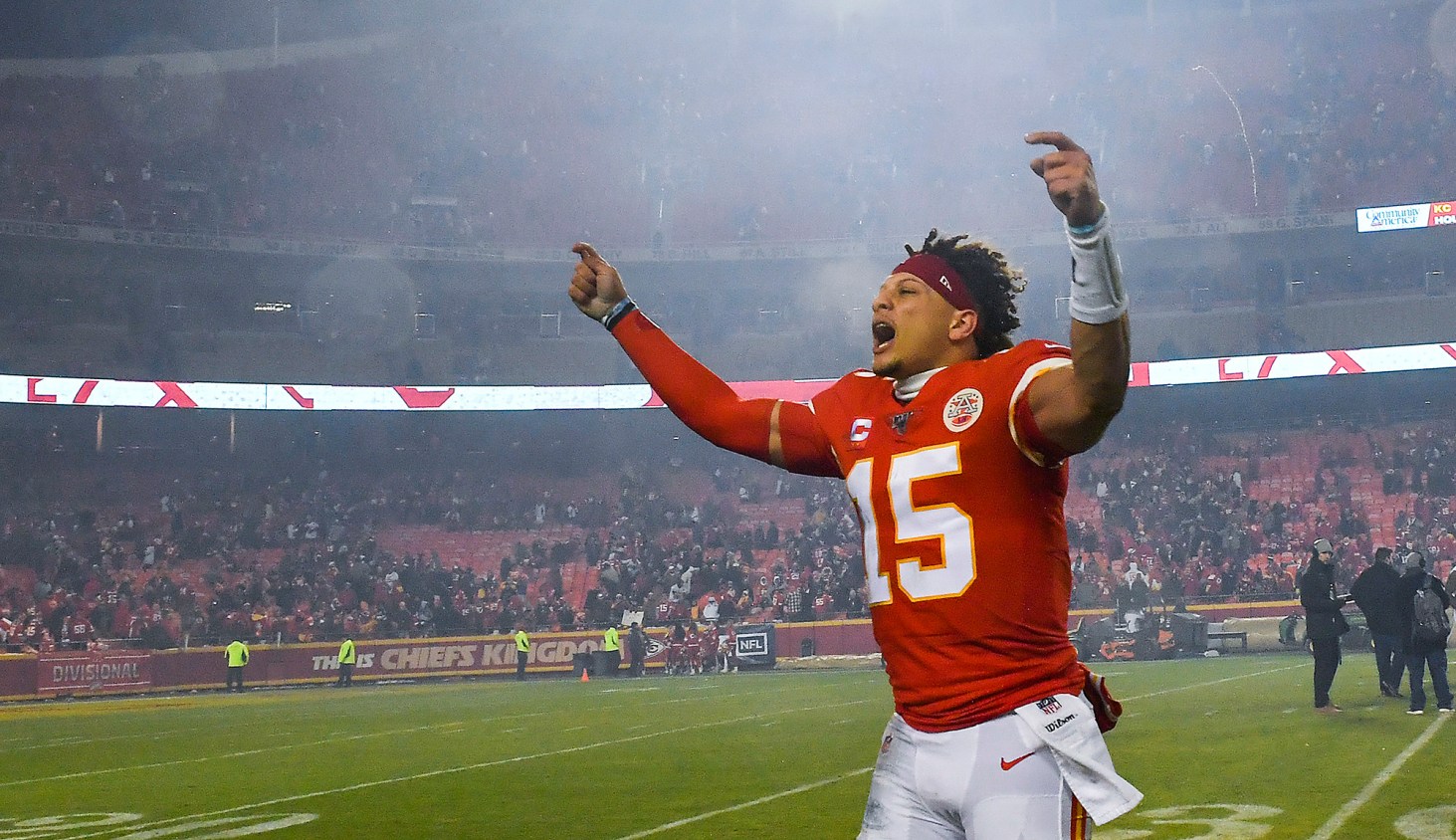 Don’t call it a comeback, because Patrick Mahomes was always here

KANSAS CITY — It wasn’t that Patrick Mahomes slipped. Others just rose up to share the spotlight.

Lamar Jackson climbed higher, and faster, than most envisioned possible. Russell Wilson had never been better during a long, spectacular run that, eventually, will end in Canton, Ohio. Deshaun Watson’s wizardry commanded attention. Kyler Murray served notice that he plans to be next. Throughout the Year of the Black Quarterback, many took center stage.

Now, Mahomes is the last one standing, so close to the Super Bowl and, quite possibly, at the dawn of a new era in the NFL. Now, Mahomes is healthy and determined to take the step he fell short of last season. Now, we’re reminded of whom this season was actually supposed to be about.

When the Kansas City Chiefs play host to the Tennessee Titans on Sunday in the AFC Championship Game, Mahomes will take the field with an opportunity to become only the seventh African American passer in league history to lead a team to the Super Bowl.

Mahomes almost joined the list last season. But for the better part of two decades, Tom Brady has often ruined his counterparts’ best-laid plans. With Brady and the New England Patriots no longer blocking his path, Mahomes has the opportunity — and the smarts, heart, leadership and oh, so much arm talent — to finally guide the Chiefs back to a place they haven’t been in 50 years. And Mahomes is laser focused on getting them there.

Bad memories, at least in part, fueled the Chiefs’ drive to their fourth consecutive AFC West title under head coach Andy Reid (the second straight with Mahomes atop the quarterback depth chart), the No. 2 overall seeding in the AFC playoffs and an historic 51-31 victory over the Houston Texans in the divisional round after they trailed by 24 points in the second quarter.

Believe in yourself, and trust your teammates. @Chiefs @PatrickMahomes says it best! pic.twitter.com/2Me5aLjTmM

During one of the Chiefs’ lowest moments against Houston, Mahomes’ leadership skills were on full display. With Kansas City trailing 21-0 at the end of the first quarter, Mahomes gave an impassioned speech, encouraging his teammates to keep believing.

“I just wanted to make sure everyone was still in the right mindset. With everything that had happened at the beginning of the game, I still felt like we were doing good things, but we just weren’t executing at a high enough level,” Mahomes said. “I wanted to make sure I went to the guys and let them know that. It comes with knowing your teammates, knowing how the game’s going, how to get back on it and back to where you need to be at.”

In last season’s AFC title game, the Chiefs lost on their home field to the Patriots in overtime 37-31. Mahomes never got the ball in that overtime, with Brady leading New England on a game-winning, 75-yard touchdown drive.

The loss was a crushing end to Mahomes’ breakout season in his second year in the NFL and first as a starter. He produced eye-opening stats and played with flair en route to being selected the Associated Press 2018 NFL MVP. Entering this season, the Chiefs were widely considered a top Super Bowl contender, and Mahomes was on the short list for the MVP award.

Then Jackson, superbly orchestrating an offense the Baltimore Ravens designed based on his skill set, skyrocketed to lead the league in touchdown passes, established a new NFL rushing record for quarterbacks and became the overwhelming MVP favorite. Wilson put the Seattle Seahawks on his shoulders, and Watson bailed out the Texans countless times. Meanwhile, Mahomes battled injuries, including a dislocated kneecap suffered in October that sidelined him for two games. Still, Kansas City led the AFC in passing yards and finished second in the conference in scoring. In the comeback against Houston, Mahomes was brilliant, passing for 321 yards and five touchdowns.

/throws touchdown pass to Travis Kelce
/slowly counts his way to 10 …as in, where he fell in the 2017 NFL Draft
/daps up teammates in between numbers pic.twitter.com/FVuvVxCNml

If the Chiefs defeat the Titans on Sunday — in Week 10 at Tennessee, the Titans won 35-32 — and Mahomes goes on to win the Super Bowl, he would join Doug Williams and Wilson as the only black passers to accomplish the feat. What’s more, with Brady, 42, a free agent and the Patriots clearly in need of a major reboot on offense, the sun may have finally set on their dynasty.

Mahomes is only 24. Not to get too far ahead of things, but great quarterback play is the foundation of NFL dynasties. Barring the unforeseen, the Chiefs (who last reached the Super Bowl after the 1969 season) are positioned better than most at the game’s most important position for the foreseeable future.

Former Pro Bowl signal-caller Donovan McNabb, who had a successful head coach-quarterback partnership with Reid with the Philadelphia Eagles, said he wouldn’t be surprised if Reid and Mahomes appear in multiple Super Bowls together.

“We see how comfortable [Mahomes] is in [Reid’s] offense, and how Andy’s creating a great platform for him,” said McNabb, a six-time Pro Bowler who led Philadelphia to seven postseason appearances and one Super Bowl appearance. “[Mahomes] is lighting in a bottle. … At any play, anytime, in a game, he’ll throw a bomb that can kill you.”

Mahomes is eligible for a contract extension in the offseason, and the Chiefs are expected to move quickly to lock up their franchise quarterback with a record-setting deal. For the second time in two years, a black quarterback will likely top the NFL’s all-time salary chart (before his contract was eclipsed by others signed, Wilson had the largest deal). Of course, that’s a personnel matter for another day. At the moment, Mahomes is squarely focused on the ultimate team goal.

“Being in the AFC championship, we’re going to put the pressure on ourselves to find a way to win it,” Mahomes said. “When you fall that short and that close last year, the next step is to get to the Super Bowl.”

After an unprecedented season of excellence by black quarterbacks, the most gifted among them is again alone in the spotlight. And if Mahomes finds a way to direct the Chiefs to two more victories, it will become as big as it gets.