For me and the FAMU family, president Frederick Humphries was the epitome of excellence

Twenty years ago, as a high school senior, I made my way to Florida with my parents on a couple of college trips. I was sold after my first stop — a journey down to Gainesville and the University of Florida, where the larger-than-life campus captured my attention and young imagination.

On the way back to my South Carolina home, I found a college in Tallahassee and Florida A&M University. Humphries, as much a pitchman as university president, treated my family and me with great hospitality on our visit, along with the promise of a new laptop computer. I’d done well enough on the SAT to be recognized as a National Achievement Scholar, and it was Humphries’ mission to recruit and attract Black scholars to FAMU.

I always remember that meeting with fondness and appreciation, which was one of many reasons I was saddened to hear of his death on June 24 at the age of 85. 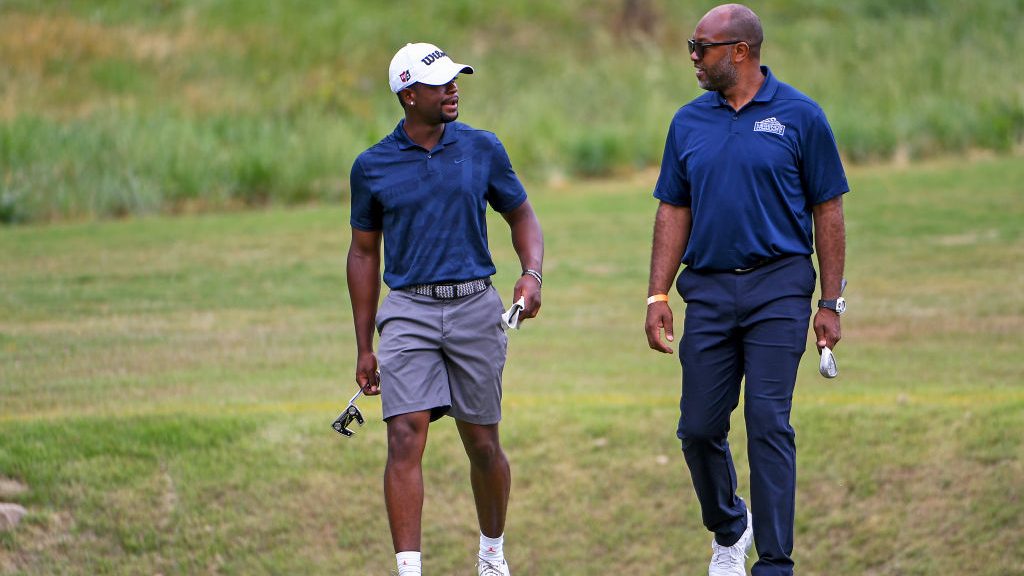 For Mulbe Dillard IV, the journey to his pro golf debut traveled through Florida A&MRead now

“The dark clouds have indeed gathered on the horizon,” lamented Larry Robinson, FAMU’s 12th and current president, with reference to a familiar Florida A&M mantra. “Dr. Humphries is one of FAMU’s favorite sons. He committed his life to the advancement of higher education, in particular within the HBCU [historically Black college and university] community, and changed the trajectory of FAMU.”

While Humphries will be remembered as the beloved former president of FAMU, he was so much more than an administrator — he was a master motivator and activist.

He was a trailblazer in his own academic career. After he graduated from FAMU with a bachelor’s degree in physical chemistry in 1957, he became the first African American to earn master’s and doctoral degrees in physical chemistry from the University of Pittsburgh. He taught at the University of Minnesota and FAMU before he became the president of Tennessee State University in 1974. Just over a decade later, he began his tenure as president of FAMU in 1985, which lasted until 2001.

“He was committed to African American students to a degree that I had never seen before,” said Eddie Jackson, former vice president of university relations. “He wanted to prove to the board [of regents] that FAMU could compete on the same level with the recruitment of top students anywhere.”

An important part of Humphries’ legacy is how he mined and refined young Black scholars. He made it a point to recruit African American students with the distinction of National Achievement Scholars, and during the 10-year stretch from 1991 to the end of his tenure, FAMU either led or tied the number of recruited scholars in 1992, 1995, 1997 and 2000. Humphries’ focus wasn’t necessarily on competing with schools such as Harvard or Stanford. His goal was to “maintain FAMU’s status as one of the nation’s premier institutions.” Time magazine recognized FAMU and Humphries’ efforts when it named FAMU as its first College of the Year in 1997.

“We demand a high standard, but we are also very sensitive to a student’s needs, and we try to fold them in, help them with values, teach them the promise of hard work and good academic performance in the classroom and then create a vision for themselves so they can go out and be first,” he said to CNN back in 1997.

When it came to Humphries, with caring came discernment. As TSU president, he led the merger with the University of Tennessee at Nashville, the first merger of a historically Black university and a predominantly white institution of its kind. And yet, Humphries rebuked such a merger between FAMU and Florida State University, then defended the move during a 2008 graduation speech.

“FAMU must live forever,” he said. “At every homecoming, that message was delivered to reinforce the spirit in all of us who are sons and daughters of Florida A&M, to remind us that we must be ever vigilant to allow nothing to ever happen to our alma mater.”

It was that sense of pride and tenacity that led Humphries to revive FAMU’s College of Law in 2000. In 1965, only 16 years after the state’s board of control established the College of Law, the Florida legislature voted to close it. The board of regents, the governing body of Florida’s university system, disallowed FAMU to accept a first-year law school class in 1966 and the final class graduated from the original College of Law in 1968.

As Jackson explained, the closing of the original College of Law placed a “chip on his shoulder.”

“He did not like the way it was done,” Jackson said. “He was highly motivated to prove that, with the right leadership and programs, FAMU could be the best in the country, and he meant to prove it.”

At 6-foot-7, Humphries should be remembered as a literal giant. He created a host of scholarship options, which yielded dramatic increases in enrollment and made FAMU one of the nation’s top producers of Black students with bachelor’s and doctoral degrees.

A big part of his legacy will be his personality – specifically, the way he treated people. There are times on a college campus where the relationship between the administration, staff and students can be tenuous. That was never the case with Humphries; alums who attended FAMU from 1985 to 2001 are proud to be called “Humphries-era Rattlers.”

It’s amazing that for all of the stories and memories that people will share in the weeks and years to come, I have one of my own. It meant everything to me as a young man to be courted and appreciated during the recruitment process. What Humphries gave me personally was invaluable – a chance to be surrounded by not only beautiful Black scholars, but lifetime friends.

Ultimately, Humphries took a good thing in FAMU and made it great. I only learned recently that he was not the creator of the “Rattler Charge,” a declaration of perseverance named after Florida A&M’s mascot. The Charge was created decades before by the university’s fifth president, George W. Gore, but Humphries had a flair for making things his own, and his way with those words will resonate for all time:

When the dark clouds gather on the horizon

When thunder and lightning fill the sky

And the legs grow tired from those hard-charging running backs

You must always remember that the Rattlers will

FAMU will host a public wake on July 9, from 6-7 p.m. ET at Lee Hall Auditorium, 1601 S. Martin Luther King Jr. Blvd. in Tallahassee. The Alpha Phi Alpha Fraternity Inc. Omega Service will follow from 7-8 p.m. Before the wake, Humphries will lie in repose from 3-6 p.m. All three services are open to the public.

Tennessee State, where Humphries served as the fourth president before assuming the FAMU presidency, will host a memorial service on July 18 from 2-4 p.m. ET at Avon Williams Campus in Nashville.

Ken J. Makin is a freelance writer and the host of the Makin’ A Difference podcast. Before and after commentating, he’s thinking about his wife and his sons.