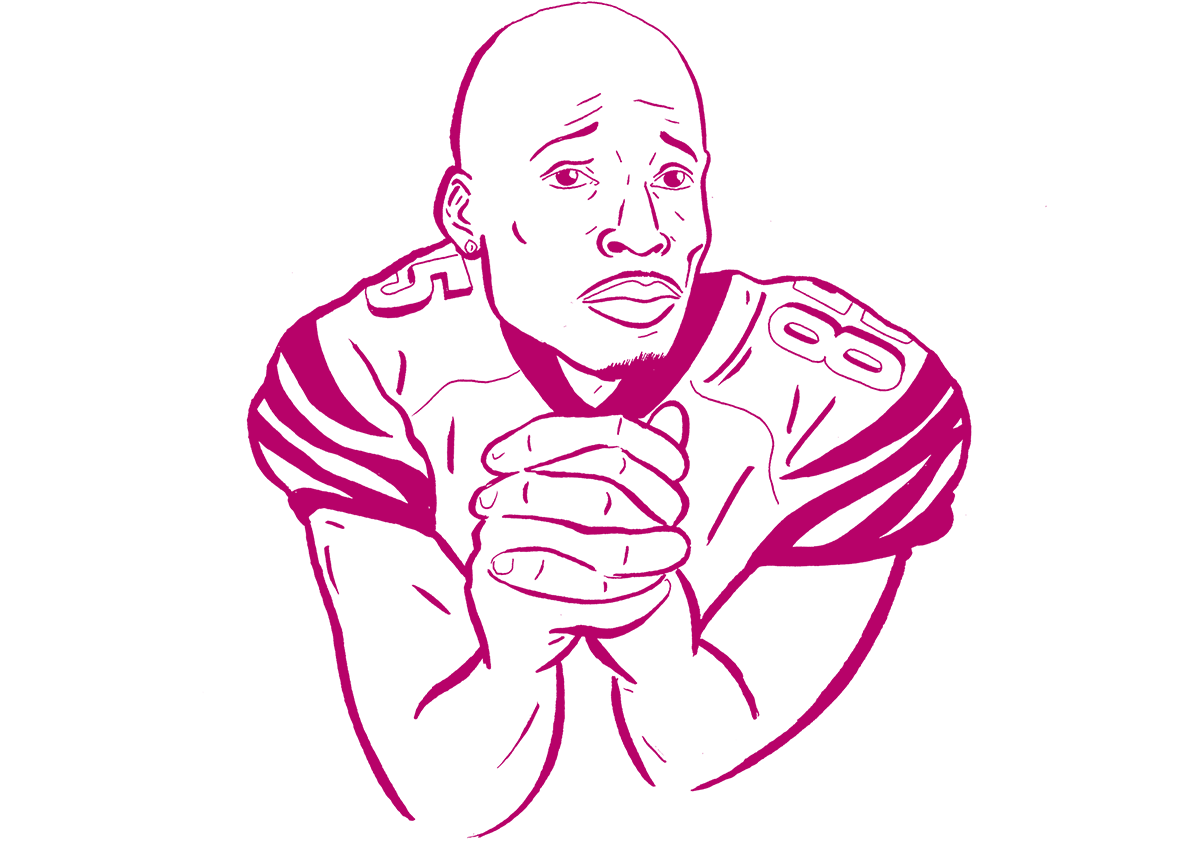 Former Cincinnati Bengals wide receiver Chad Johnson, who hasn’t played since 2011 and is begging like a caught-up husband, tweeted to the Jacksonville Jaguars, a team low on healthy pass-catchers, “We both follow each other, I’m 3hrs away, I’m in shape, STILL have the best footwork ever & can be at practice tomorrow, don’t need a contract just line Ramsey or Bouye in bump-n-run so i can get my timing together.” Golden State Warriors forward and chief petty officer Draymond Green wore Arthur-themed basketball shoes during the team’s Christmas Day game against LeBron James and the Cleveland Cavaliers. Green’s teammate Kevin Durant, not sensing the irony, quipped, “Keep that s— on Twitter” in response to a postgame question about social media chatter on whether or not he fouled James in the final minutes of the Warriors’ victory. Houston Texans backup quarterback T.J. Yates, filling in for starter Tom Savage, who suffered a concussion in Week 14, was briefly sidelined in the team’s game against the Pittsburgh Steelers because of a possible concussion and was replaced by third-string quarterback Taylor Heinicke, who, one series into the third quarter, was removed from the game because of a possible concussion. 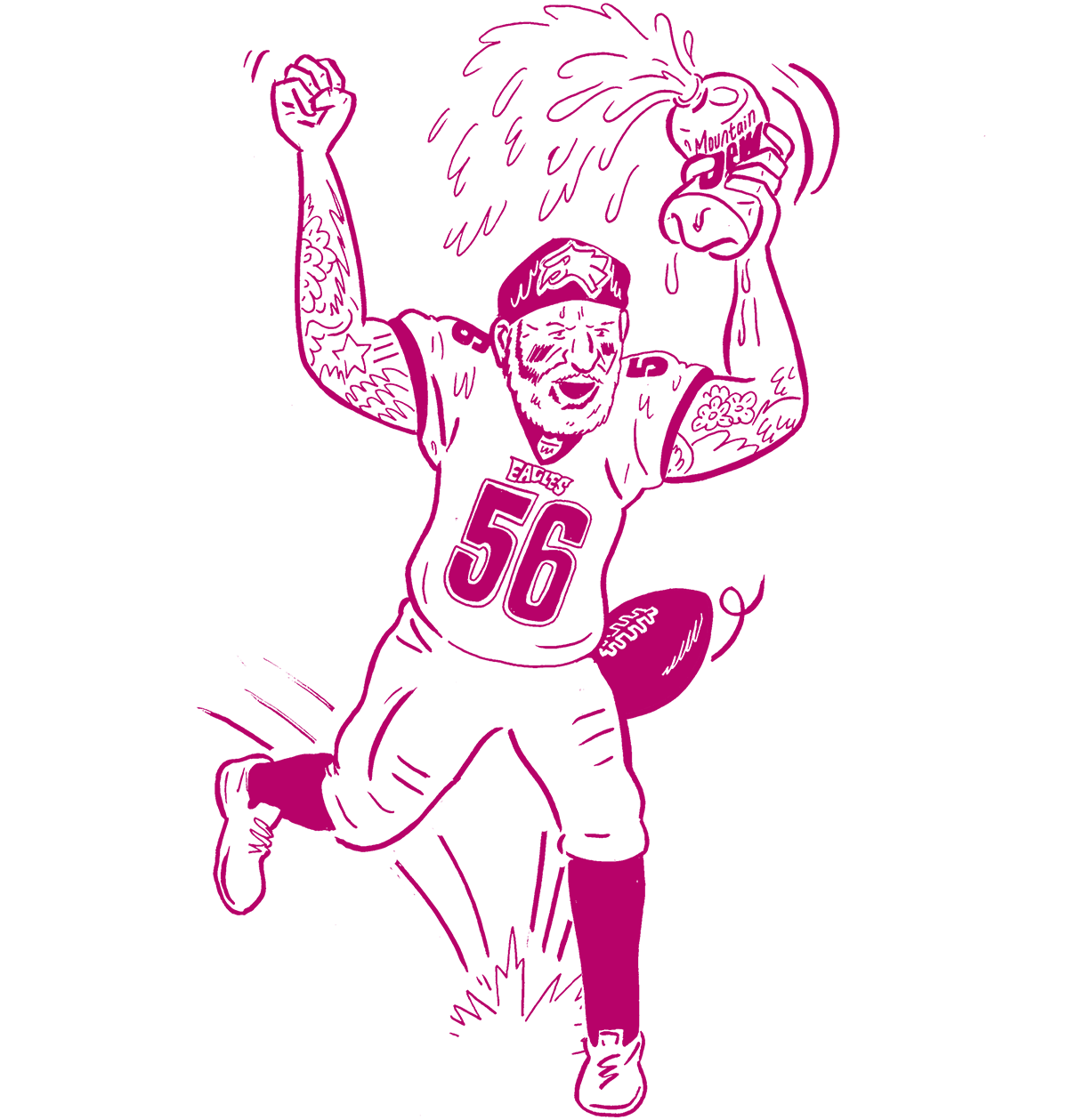 Buffalo Bills owner Terry Pegula, apparently about that life, said, in response to the NFL’s ruling on a controversial “no catch” ruling on Dec. 24, “If it’s unfriendly from the other side, I can dish back on unfriendly too, because it’s a little upsetting.” New England Patriots head coach Bill Belichick, trying his hardest to prove he isn’t an insentient robot, explained how he finished his Christmas shopping at the last minute: “Oh yeah, it was a struggle. We ran the 2-minute drill. Lot of timeouts.” Philadelphia Eagles defensive lineman Chris Long blamed “too much Mountain Dew” for his decision to celebrate a sack rather than attempt to recover a live fumble on the field. LaVar Ball, not able to hear all the haters, was gifted a Rolls Royce convertible for Christmas by his oldest son, Los Angeles Lakers guard Lonzo Ball. James “Bubbles” Harrison, who in no way will tell any secrets about the Pittsburgh Steelers, his former team, come playoff time, signed with the rival New England Patriots. 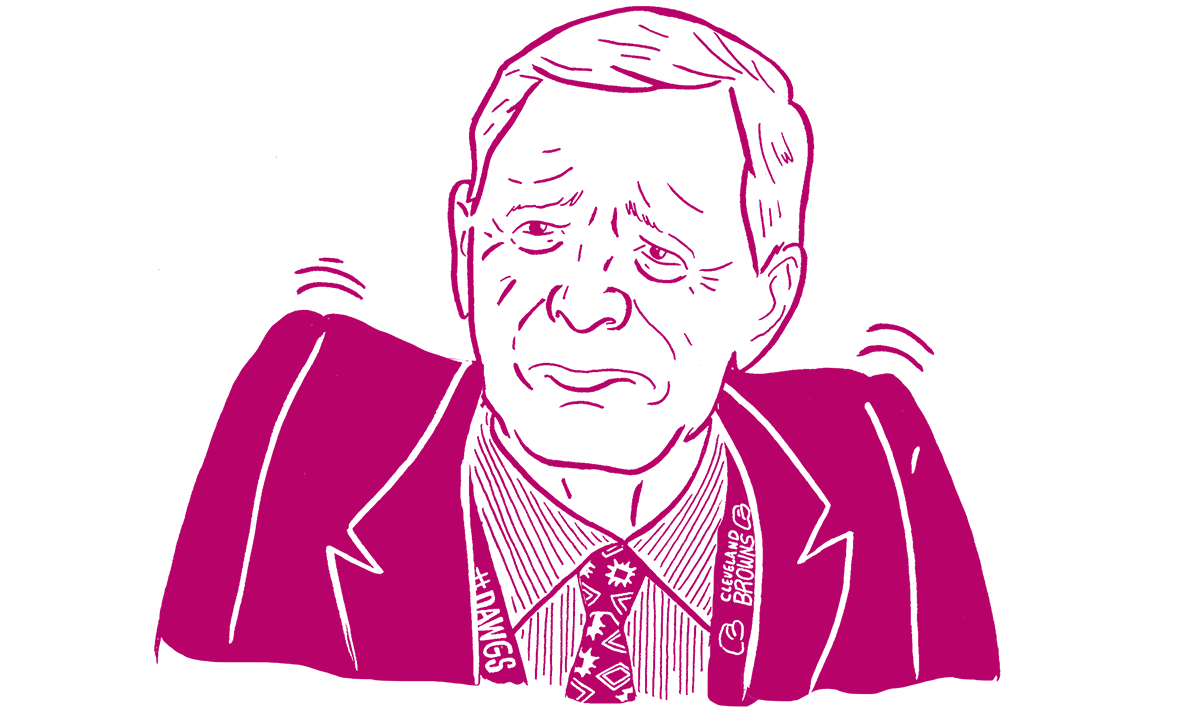 Harrison used to “sleep in a recliner chair during [Steelers] position meetings and snore loudly while Joey Porter would teach.” New York Giants cornerback Eli Apple, one day after being called “a cancer” by a teammate, appears to be taking the insult in stride, telling reporters, “I gotta take a s—.” Giants teammate Geno Smith, with the literal and metaphorical hits just keep on a comin’, will lose a $12,500 bonus because of the team deactivating him in Week 17. Cleveland Browns owner Jimmy Haslam, who once consulted a homeless man before drafting quarterback Johnny Manziel, reportedly asks NFL reporters, including ESPN’s Adam Schefter, for their opinions on the Browns. Miami Dolphins quarterback Jay Cutler, who signed with the team on Aug. 6, never moved out of the hotel he initially checked into: “I did get the points.” 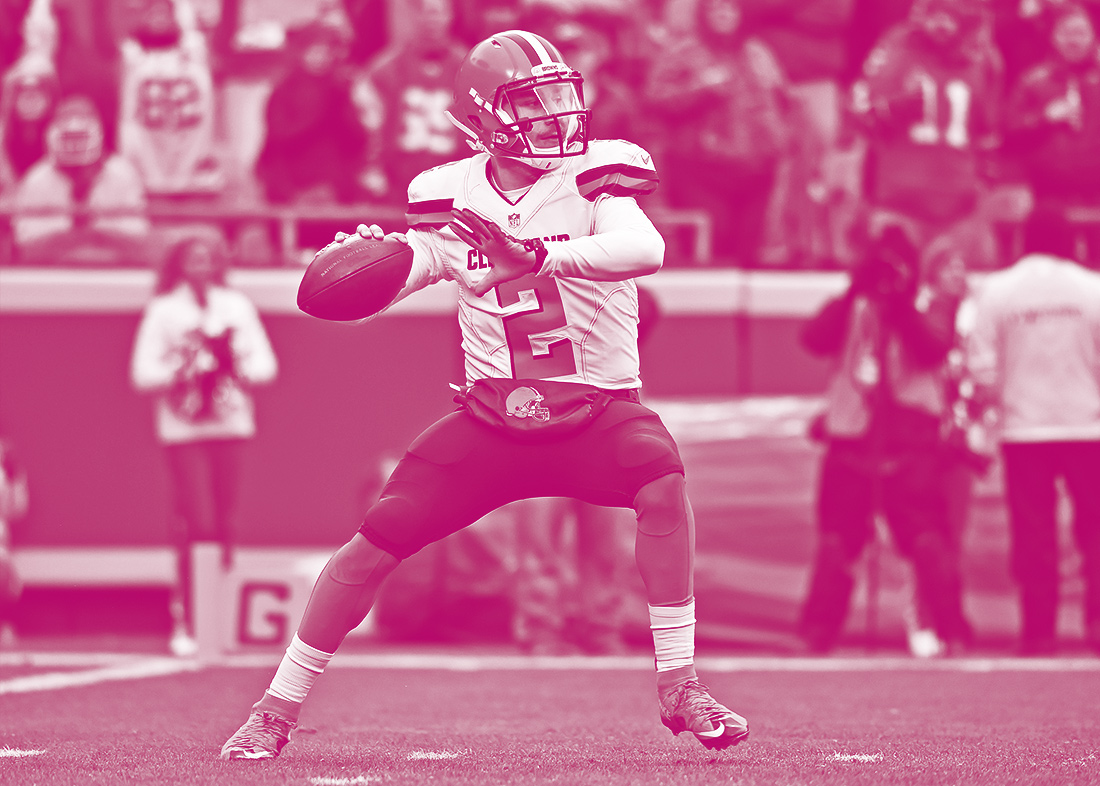