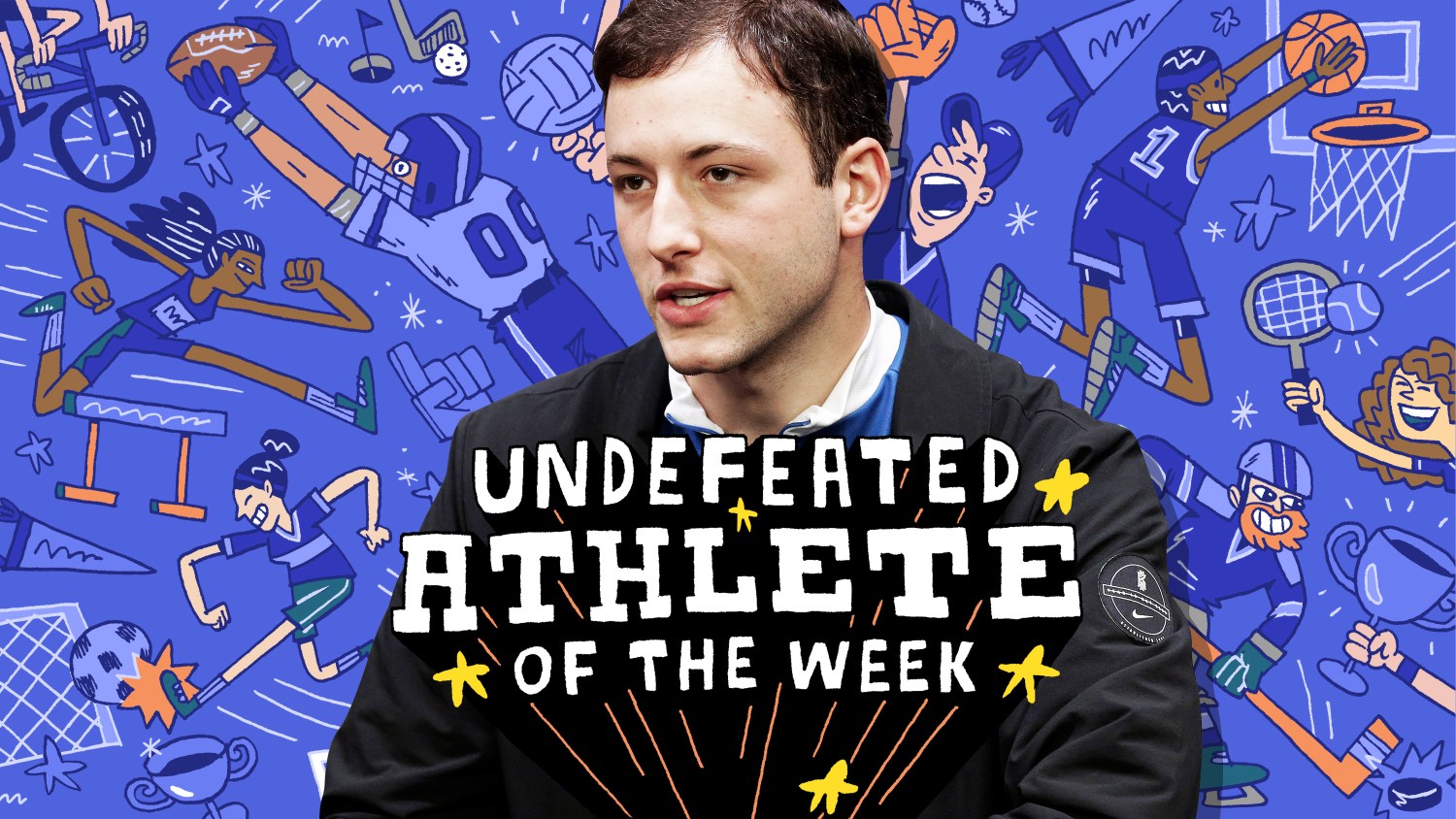 Who could fault Brennan Besser for thinking he’d have a solid basketball career at Duke University? After all, the three-year letter winner at Latin School in Chicago averaged 14.6 points and 7.1 rebounds as a high school senior.

Even though the 6-foot-5, 190-pound senior has played two minutes in two seasons with the Blue Devils as a walk-on, perhaps he’s still waiting for his opportunity.

Patience, after all, runs in the family.

“I’ve learned to understand what real true patience is,” said the 21-year-old Chicago native. “Being a walk-on on the team, you learn service. My goal is not necessarily to improve but to make others better. I really learned that primarily from Jacqueline.”

One of Brennan’s four siblings, sister Jacqueline Besser, 23, is nonverbal and has significantly impaired motor skills. To raise awareness and funds for groups that support the intellectual and developmental disability community, Besser plans to run and bike from Seattle to New York City, beginning Wednesday, to raise $1 million for the newly launched foundation Walk On! America.

“It’s a very important subset of the American population, and it’s global,” Besser told the media May 10 about the intellectual and developmental disability community. “It’s commonly hidden, so what we are really hoping to do is shine a light on a portion of the American community that doesn’t necessarily have that strong a voice. We’re hoping to bring positive awareness to this group.”

Rarely do walk-ons get public shine. For his willingness to take on a task bigger than himself, and for using his platform as a player on one of the country’s more high-profile basketball teams, Besser is this week’s Undefeated Athlete of the Week.

When told of the distinction, the political science major was gracious.

“That is unbelievably kind,” he said. “I’m truly honored. This is all still surreal to me. One day you’re playing AAU ball and going to Ivy League camps. You get into Duke and get offered an opportunity to walk on to the No. 1 college basketball team in the country and play for coach [Mike Krzyzewski].”

Besser plans to complete the trip in just over two months. The route, which will be chronicled on Twitter at @walkonamerica and www.walkonamerica.org, will cover 3,400 miles in 69 days, an average of about 50 miles per day. He plans to travel up to six hours per day, making stops along the way at nonprofits and community centers while encouraging donations through the Walk On! America Foundation and other charities. A team of three to five people, including a medical professional, and two support vehicles will accompany him on the trip. His older sister Rachel, who is the creative director for Walk On! America, will bike with him during parts of the trip.

Krzyzewski, also a Chicago native, is no stranger to Besser’s dedication. It’s actually what got him a spot on the team.

“Brennan has contributed in so many ways to our program, whether it be in preparation, spirit or work ethic — he’s a one-of-a-kind walk-on,” Krzyzewski said. “I love him, and the spirit he brings is infectious on this team. Nothing he does surprises me because almost everything he does is not about him. It’s about his talents, his emotion and his effort to help others.”

For Besser, his journey at Duke has now taken on a whole new meaning.

“It’s the opportunity of a lifetime, and I’m just honored to use this platform to help families and individuals going through what my family has gone through,” he said. “This is what being at Duke has done for me.”