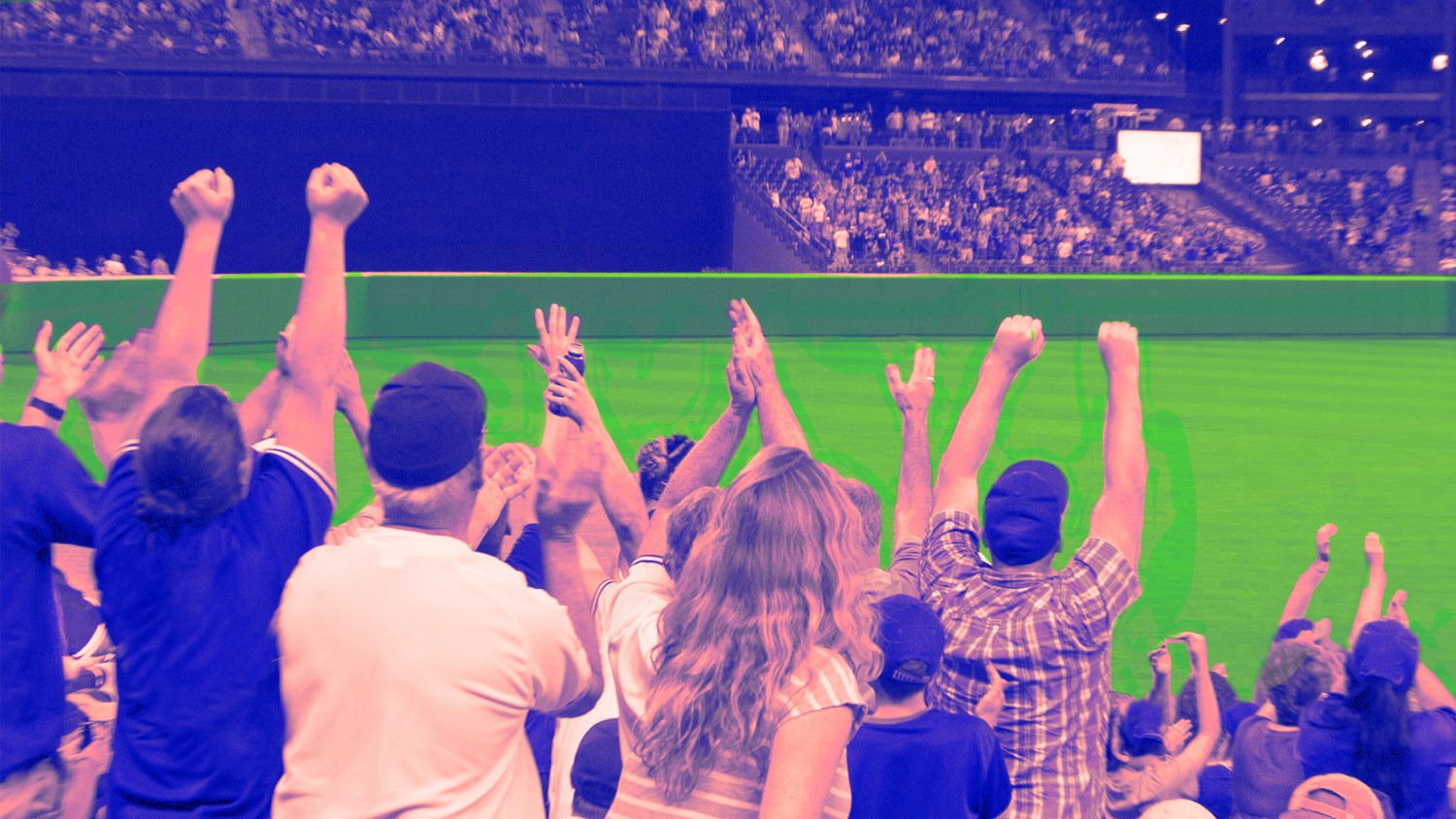 Earlier, Crystal Rodriguez, an NYU grad who would use events during the doubleheader between the New York Mets and the visiting Philadelphia Phillies as teaching moments, told her two nieces and nephew how they had to be prepared to compete with people who sought to go home with souvenir baseballs. “Are you prepared?” the 30-year-old corporate headhunter asked.

Later, Matthew Schmidt would rise to his full 5-foot-10 height and call for a ball. One was thrown his way from the field. He caught it. So much for preparation and competition.

Still, I smiled. I have been going to major league baseball games for nearly 60 years without catching a ball hit or thrown into the stands. If I didn’t catch a ball, I was glad one of my people did.

For the true believers, baseball has many alluring traits. It is a situation game, and the situation changes with each pitch. At the same time, baseball, like boxing, is a classic game in which it is possible to imagine the greats of 80 or even 100 years ago competing today.

But the kindness of strangers who become friends and family during the games is always special.

For example, a few innings after Schmidt caught his ball, I asked him to take a picture of me and send it to my email. I don’t use a cellphone, and I wanted to send a picture of myself at the game to my son Marc and his special friend Maya, who calls me her “Bonus Dad.” They’d given me the ticket to the July 9 games as a gift for my birthday, which was July 10.

Schmidt turned the picture-taking over to his companion, Alisha Bennett, a 24-year-old professional photographer. And in an instant, she’d vaulted over a row of seats to get a better angle to produce two lovely pictures of me at the game. The upstate New York couple plan to move to Florida and buy a house, while Schmidt, now a landscaper, starts a new business.

Schmidt, 35, says wherever he goes his love for New York sports teams, including the Mets, Nets and Giants, will always connect him to the region of his birth.

Steve Shirley, 40, knows the feeling. Shirley — Shirl to his friends, and Steven Anthony when his mother got upset with him — remains wedded to the pro teams in Philly, where he grew up before going to Penn State and becoming a New York-based headhunter like his girlfriend and date, Crystal Rodriguez, who hails from Brooklyn.

He worries about the challenge the Atlanta Braves pose to his Philadelphia Phillies, and he wishes Maikel Franco, a solid Phillies third baseman, had become the star he once promised to be.

As I talked with my new friends and neighbors, the ambient sights and sounds of the ballgame, some old, some new, swirled in the background.

A vendor hawked hot dogs in Spanish and in English. A beer vendor, a prototypical New York City or North Jersey guy, challenged potential customers: “Who’s ready?” Another vendor was nearly silent, as if he hoped people would buy his Italian ice to take him out of his misery.

Throughout the baseball games, all kinds of other games and activities took place. “God Bless America” and “Take Me Out to the Ball Game” were sung. There were trivia contests, races, kiss cams. One couple were so busy talking they missed out on the kiss cam, a reminder that romance is often interrupted by missed opportunities. Another couple flubbed the kiss cam because the guy was too busy clowning. After a while, the kiss cam came back to the couple. The guy, a bozo turned Prince Charming by a chance at redemption, kissed his female companion. True love often relies upon second chances.

And yet, despite the added attractions, each game was highlighted by critical on-field moments and decisions. Late in the first game, with the score tied 3-3, the Phils got the bases loaded with just one out and failed to score. They lost on a 10th-inning pinch-hit homer.

Franco batted eighth, and he was followed by the pitcher, Aaron Nola, who hit a bases-clearing double, providing all the runs he needed in a 3-1 victory. For all the bells and whistles that adorn big league baseball today, the game is still the thing.

Before the end of the games, I thanked my new friends for talking to me. I wished Matt Schmidt good luck. I told Crystal Rodriguez how much I’d enjoyed overhearing her use the events of the games to enlighten her nieces and nephew, ages 12 to 15, on everything from celebrating cultural diversity to handling pressure.

At the end of the games, I left Citi Field through the gate I’d entered. I walked past the spot where a man had played the sax before the game, everything from “Take Me Out to the Ball Game” to “Theme from Rocky” and the Michigan fight song. I walked past where the heavily armed NYPD cops had stood and a dog with a pipe in its mouth had sat.

I went up the steps and entered the No. 7 train back to Manhattan. In 1999, John Rocker, then an Atlanta Braves relief pitcher, had decried the No. 7 train as a kind of rolling freak show: funny-looking people, off-putting and foreign.

But New York’s No. 7 subway line serves Queens, a borough of rich contrasts. It’s the place where President Donald Trump was born and jazz great Louis Armstrong died. On a typical day, the cars on the No. 7 serve as display cases of the many ways Americans can sound, look and be beautiful.

On the No. 7 train on July 9, I scanned the car and looked at my ballgame people, my pop-up American family, familiar and endearing, one last time. I stood over a Jewish man. He sat wearing a skullcap and a Mike Schmidt Philadelphia Phillies jersey. The man told the couple sitting next to him that when he was growing up, Schmidt, a Hall of Fame third baseman, had been a “god.” The couple wore Mets caps and smiles. They were from Utah. The guy in the skullcap showed the couple a picture of his kids. The woman from Utah said, “You have an awesome family.”

She could have been talking to me.