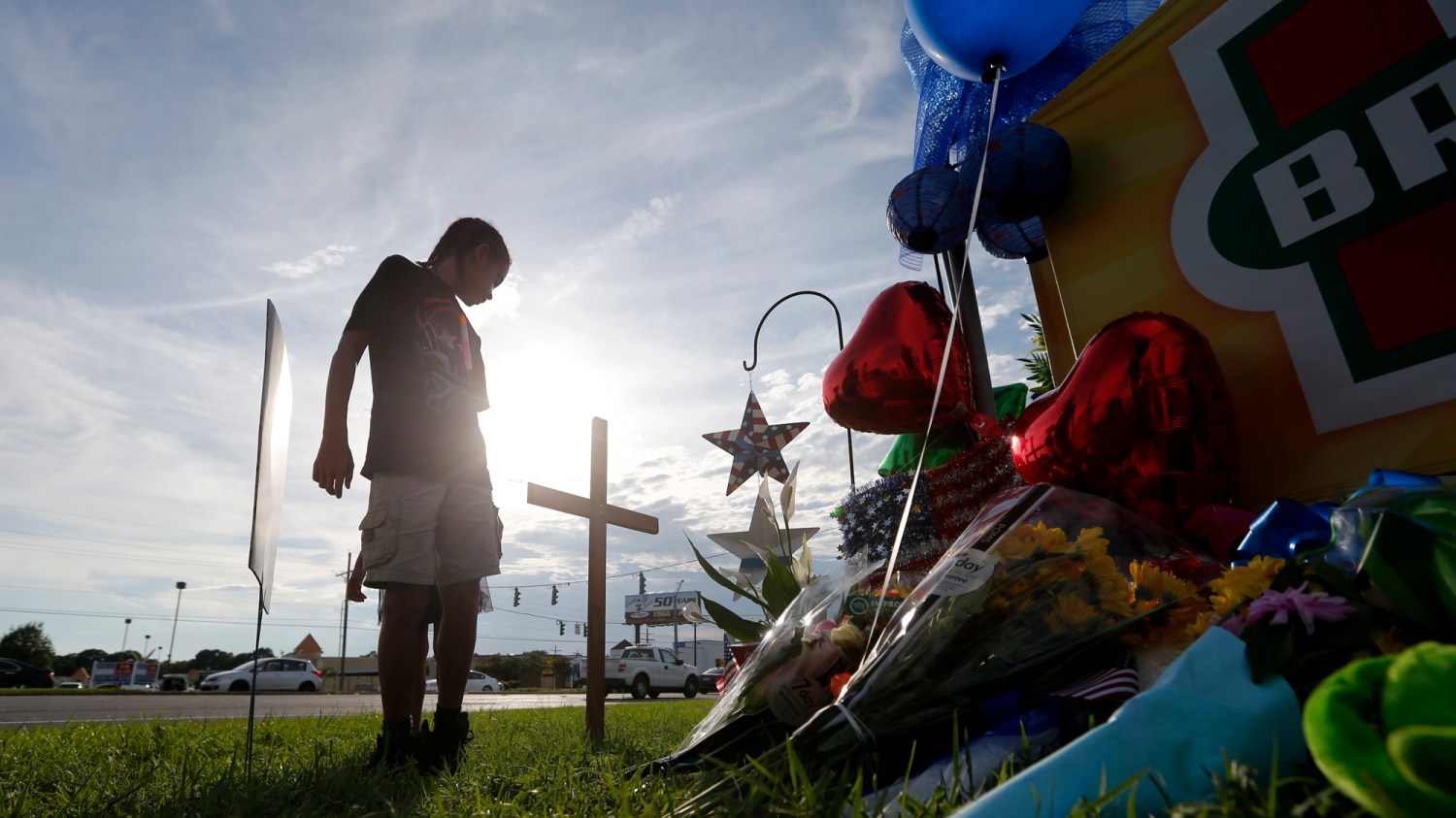 Tre Patton, 10, looks at a makeshift memorial at the scene of the shooting of police officers, in Baton Rouge, Monday, July 18, 2016. Multiple police officers were killed and wounded Sunday morning in a shooting near a gas station in Baton Rouge, less than two weeks after a black man was shot and killed by police here, sparking nightly protests across the city. AP Photo/Gerald Herbert
Commentary

Even if we distrust police — violence is never the answer

‘No matter how unjust we know in our bones the system has been to us. This country, America, needs love.’

This violence in America is out of control. It sickened me to my core, as a human being, as a man, as a black man, as a community activist, to hear the news that Gavin Long, military veteran, had just shot several Baton Rouge, Louisiana, police officers, killing three.

I doubly cringed when I learned that he, like Micah Johnson before him in Dallas, less than two weeks ago, purposely targeted cops as some sort of revenge for the many black women and men, girls and boys who have been killed by police and white vigilantes like George Zimmerman. It disturbs me greatly, no question, every single time I hear of a black person — walking, driving, breathing, or being — killed by cops.

I have worked on more police brutality cases through the years than I care to mention. I have watched more cops walk after such cases, with no penalty and no justice whatsoever, more times than I can remember. I have had nightmares of my own death, by violence, at the hands of police or someone who looks like me, and I brace myself in those moments when I must have an interaction with a police officer, because I have no idea what might happen, even if I am merely asking for directions, as I did Monday in Cleveland at the Republican National Convention.

And it shakes my spirit to look at one viral video after another of these gruesome scenes of folks, black like me, murdered by the police. Yes, I cried profusely when I watched the woman in Minnesota, Diamond Reynolds, record on Facebook Live the aftermath of the shooting of her boyfriend Philando Castile as he sat, dying a painfully slow death after a routine traffic stop, as her little daughter sat there bearing witness.

We want to say America has changed since the days of lynching and segregation and the Civil Rights era. I do know it has, in some ways. My momma and them had nothing, essentially, as she was born and raised in the backwoods of South Carolina. But because of my mother, her resilience, her vision, and the work of folks like Ella Baker and Fannie Lou Hamer and Martin Luther King Jr. and Malcolm X, here I stand able to say I went to college, that I am a writer, an author of books. But does that really matter if I wonder, day to day, whether I will be the next black person killed for being black, somewhere in our America? Does it make sense that I wonder, as I walk, as I drive, as I run my miles in this or that community, if someone may very well call the police on me and that police call, as it happened to Alton Sterling in Baton Rouge, could mean my death?

When I was 15 years old, I got into a fight with a boy my age, a Puerto Rican youth named Richie, on a public bus in my hometown of Jersey City. Someone called the police. Richie, a white Latino, was escorted off the bus by one of the two white police officers with no fanfare. Meanwhile, I was shoved and pushed from the bus and handcuffed. Richie was put in the front seat, without handcuffs. I was thrown into the back seat. I may have weighed all of 100 pounds.

Utterly unprepared for my first real encounter with a police officer, I screamed at the cop, mouthed off incessantly, and when he told me to shut up, I cursed him. The policeman — he of red hair and a bushy red mustache I shall never forget — balled his meaty right hand into a fist and punched me dead in the nose. I saw stars, the sky, the moon, my eyes watered, I slumped like a heavy load in that back seat, my eyes rolled, and I howled like a baby, as blood from my nose flooded my chest the way those bullets flooded the chests of Alton Sterling in Baton Rouge and Philando Castile in Minnesota.

I have never fully trusted police officers again since, and I am now a very grown man, with many years behind me. But I do not hate them. I do not hate anyone, in spite of the troubles I’ve seen. I have friends, family members, old school mates who are police officers. I know from their private stories to me how hard it is to be a police officer. I overstand, as we say, and I empathize. But I also understand why many, including me, have chanted “F— da police,” under our breaths, at rallies and protests, or as that famous N.W.A. song has played, given the long and sordid history between black America and local police departments here, there, everywhere.

But the answer is not hate, nor is it violence toward police — no matter how unjust we know in our bones the system has been to us. This country, America, needs love. This country needs peace, and this country needs us to help make it what it ought to be. It is clear to me that many of these police officers, the white ones especially, do not know or understand black people, people of color, the history of racism in America.

It is clear to me that police officers should not be police officers if they have no real relationship with a community, if they see that community as only the enemy, as criminals, as dangerous, as some thing to be detained and destroyed. This is how a little boy playing with a toy gun, like Tamir Rice, got killed. This is how a man selling cheap items to support his family, like Eric Garner, was placed in a chokehold until death. This is why people we in black America feel police hate us.

But it is also clear that cops of color, like Montrell Jackson, a black officer killed by Gavin Long in Baton Rouge, are deeply torn. They want to serve and protect their communities, want to be a bridge to better police-community relations, because they are of the community and know the community. But they are hesitant and fearful how to do so because the community, my community, my beautiful black people, are so badly wounded by what we’ve experienced, that there is thick wall of us and them.

No matter, I have hope. I have no other choice, and I could not get up each day, in spite of all, if I did not have hope. And I have love in my heart, even when love has not been shown to my community or me. But I also know this is not going to end any time soon. America has been sitting on a racial powder keg for some time. We’ve got some difficult days ahead. Calling for “law and order” is not a solution; it is a cheap presidential campaign slogan that dates to the late 1960s and those words only further fan the flames of division and violence. And blaming #BlackLivesMatter is not a solution, because there were terrible police-community relations long before that movement was started.

What is a solution? It is who we see in our mirrors — ourselves. But the question is are we willing to be the solution?

Kevin Powell is a writer, public speaker and activist. He is the author of 12 books, including his critically acclaimed new autobiography, The Education of Kevin Powell: A Boy’s Journey into Manhood (Atria Books/Simon & Schuster).