Even in defeat, there’s no doubt Sloane Stephens has arrived

Up a break in the second set in the French Open final after easily winning the first, it appeared Sloane Stephens had somehow fast-tracked her way to tennis dominance. Despite never having beaten the No. 1 player in the world, Stephens appeared on the verge of beating Simona Halep and winning her second Grand Slam title in nine months.

That opportunity slipped as Stephens was never able to recover from losing four straight games in the second set, with Halep gaining control to win her first major (3-6, 6-4, 6-1).

But even in defeat Stephens, who will rise to No. 4 in the world when the new WTA rankings are released on Monday, sent a message to the sport:

There’s a new pecking order in American tennis. And when Serena Williams returns to play at a high level, she’ll enter a game where an American, Stephens, will at the very least be her equal.

This is not just about the rise of the 25-year-old Stephens, whose No. 4 ranking will signify a 930-spot leap from the position she held entering the Canadian Open in Toronto last August.

This is about a sport where, since the departure of Williams after winning the 2017 Australian Open, four of the five women’s Grand Slam titles have gone to women who have won their first majors (Stephens at the 2017 US Open, Jelena Ostapenko at the 2017 French Open, Caroline Wozniacki at 2018 Australian Open, and now Halep at the French Open).

Stephens was looking to become the first duplicate winner in that span, and in Saturday’s French Open final she competed at a high level throughout the match — only to be undone by Halep, who discovered a midmatch cheat code and shifted into another gear.

“She raised her game, raised her level,” Stephens said during her post-match news conference. “Not much you can really do about that. I competed the best I could, and the better player won the match.”

The loss ended Stephens’ streak as a big-match closer: Of the six previous finals she had played in, beginning with her first title in the Citi Open in Washington, D.C., in 2015, she had won every single title.

On Saturday, Stephens just ran into a better opponent.

But until the championship match, Stephens had been brilliant in the French Open, having dropped just one set while demonstrating a combination of power and athletic ability that allowed her to chase down balls that few players could reach.

Those are the traits that made Williams special, but here’s the one that set the winner of 23 Grand Slam singles tournaments apart from other tennis players: You could never count her out of a match and you would have almost expected Williams, at her peak, to dig deep and will herself to victory when in a hole like Stephens faced against Halep.

That Williams — the Williams whose total focus was tennis — is gone.

The new Williams is a wife and a mother and has other priorities that have kept her from getting back into top form after giving birth last year, which has been clear to anyone who has been watching the Being Serena documentary series on HBO.

The new Williams is also an older Williams — she’ll be 37 years old in September.

There’s little doubt that Williams, in her attempt to solidify her status as the best women’s tennis player of all time, will return to win at least two more majors.

But to come back and dominate and intimidate the sport that she held tight control over from the time she won her first major in 1999 to winning the Australian Open in 2017 while pregnant?

That’s not going to happen.

What also won’t happen is Stephens reaching a Williams-level of dominance. There’s too much parity among the top players in today’s game.

But Stephens has proven, in reaching two Grand Slam finals in the last year and winning the Miami Open last month, that she deserves her spot as one of the top five players in the sport.

The line that separates Stephens from Halep, 26, is very thin.

Which means we can expect Stephens and Halep to be at or near the top of the rankings for years to come, leaving Williams’ pursuit of a record 25 Grand Slam tournament titles to likely come from a position where she’s no longer an overwhelming favorite.

In her on-the-court remarks Stephens was gracious in defeat.

She was mostly the same in her post-match press conference until she took a little poke at the media (which she also did in advance of losing her first match in the Australian Open).

“Can I just state for the record that all of you guys in here were tweeting that I had a losing record anywhere except for the United States,” Stephens said after Saturday’s match. “So I think I have done very well to make the finals of the French Open. If any of you want to tweet that, I would be very happy, give you guys a like, a retweet or something.”

“Because you seem to only want to say, ‘She’s 0 and 8 in the other countries,’ and blah, blah, blah. Yeah, it’s you and you and a lot of you,” she added, pointing to members of the media.

Not sure what Stephens was referencing there, but it could have been the 0-8 record she had after her US Open win to her opening-round loss in the Australian Open.

Perhaps the edginess in terms of her relationship with the media is fuel for Stephens.

Perhaps Stephens doesn’t know that many in the media actually embrace her amazing story of where she was a year ago to her position as the No. 4 player in the world on Monday.

Stephens has risen through the ranks to be the top American tennis player in the world. She is realizing the potential that many saw in her as a player on the junior level, and that many thought would come right after she beat Williams in the quarterfinals of Australian Open in 2013. 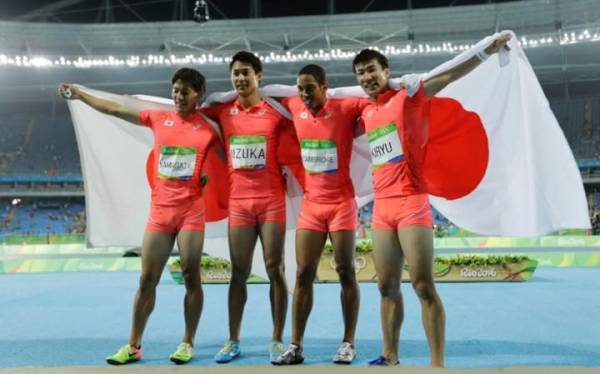 And if she keeps playing the way she has since winning the US Open last year (aside from that 0-8 stretch) it might be a while before another American can claim her spot.

Even an American named Williams.

CORRECTION: This article originally listed the first-time Grand Slam winners since the 2017 Australian Open and excluded 2017 French Open winner Jelena Ostapenko. Also, the article said that Stephens beat Serena Williams in the quarterfinals of Wimbledon in 2013. It was actually the 2013 Australian Open.