Everyone thinks Meghan Markle is marrying up, but it’s really Prince Harry

If the monarchy is to remain relevant, it’s going to need Duchess Meg

By Soraya Nadia McDonald @sorayamcdonald
May 17, 2018

The Windsors are getting a lovely in-law in a matter of days. They’d be wise not to run her off.

Conventional thinking about Meghan Markle and Prince Harry, who will marry on Saturday at Windsor Castle, maintains that Markle is experiencing the come-up of a lifetime. After all, the American is marrying into the world’s most recognizable royal family, becoming a duchess and a princess (although under the rules of royal nomenclature, she will be Duchess Meghan and Princess Henry). The royal family is worth tens of billions of dollars — imperialist pillaging has its benefits — and they live in castles older than Markle’s country of origin. Before she became engaged to Harry, Meghan was an actress on a basic cable show and ran a lifestyle website called The Tig. But really, as much as this marriage might be considered one of upward mobility for Markle, especially by British newspapers such as the Daily Mail, it’s just as much of one for Harry and the rest of his family of German toffs.

Allow me to explain: Markle, 36, was brought up in the hippie-dippie Southern California traditions of her yoga instructor mother, Doria Ragland, and educated at Northwestern University. She has a soul, one that tells her to hug people when protocol dictates she shake hands. (No wonder the queen’s corgis took to her so quickly.) She is a feminist who, from the age of 12, understood that washing dishes should not be the sole purview of women. Markle’s website was the anti-Goop. It offered useful, fun information instead of instructing women to subject their hoo-has to invasion from steam, jade eggs and tampons infused with unicorn glitter. Before she had to shut it down because everyone who becomes a Mountbatten-Windsor commits to communicating with the outside world solely in official royal capacities, Markle trafficked in useful travel guides, reading lists and appealing recipes, such as ginger-berry crumble and chocolate petit gateaux.

There will be far more black people in attendance at this royal wedding than any of the previous ones, and in high-profile roles as well.

Life as a royal, on the other hand, is like the traditional cake that’s served at so many official weddings, including the nuptials of Queen Elizabeth and Prince Philip: a thick layer of pristine white marzipan obscuring an interior of fruitcake, everyone’s least favorite baked good. The royals would do well to allow Markle to steer them away from their affinities for bland food (apparently the queen not only hates garlic but has banned it from Buckingham Palace entirely), foxhunting and freakish millinery. Let’s hope they also resist the urge to pull her into their constant familial backbiting. (It’s worth noting that Meghan got her way when it came to her own wedding cake, which will be lemon and elderflower with buttercream frosting.)

There’s a question of how much Markle can change Britain’s overboiled royal family, with its insistence on making women adopt nylons and eschew colored nail polish in the name of duty, honor and country.

You’ve heard the basics: She’s biracial, bringing some color to the family, the likes of which it hasn’t seen since Queen Charlotte wed George III in 1761. She’s divorced, and she’s certainly not a virgin, much like Wallis Simpson, the wife of Edward VIII.

Unlike Edward, Harry, 33, doesn’t have to abdicate his right to the throne for the sake of love. He’s wedding Meggles with the blessing of his grandmother, the queen. And the couple does appear to be doing things differently from the ways they’ve always been done. Certainly there will be far more black people in attendance at this royal wedding than any of the previous ones, and in high-profile roles as well. A black American bishop, the Most Reverend Michael Bruce Curry, will give the address at their wedding. Sheku Kanneh-Mason, a 19-year-old cellist from Nottingham, will play at the ceremony. Serena Williams is said to be a guest.

There are all sorts of things about Meghan and Harry that would be unremarkable if he were from a different family. Alas, Meghan’s embrace of trousers as formal wear and the fact that she and Harry actually show affection for one another in public are practically revolutionary in the context of royal history. And given Buckingham Palace’s strict apolitical stance, one that prevented Kate Middleton from wearing black to the British Academy Television Awards in solidarity with the Time’s Up movement, Harry and Meghan’s attendance at the memorial service earlier this year for the victim of a racially motivated hate crime seems significant.

But how much? These changes, which look massive in the fun house reflection of the royal mirror, are innocuous and unremarkable in the glint of the real world. They provide hooks the public can readily grasp as an indication that Britain’s royal family is finally inching into the 21st century, mostly because Elizabeth dotes on her grandson. It helps that he’s the spare and not the heir. But are these symbolic public flourishes simply another thick layer of marzipan obscuring the fruitcake of what life as a royal will actually be like for Princess Meg?

The crown is a metonym for Britishness as a whole, and maybe this embrace of all things multicultural signals an expansion of what it means to be British. Or perhaps not. The country of Harry and Meghan is also the country of Brexit and Nigel Farage. And according to a new poll from HuffPost UK, Markle is about as popular as her dour-faced father-in-law-to-be, Prince Charles. 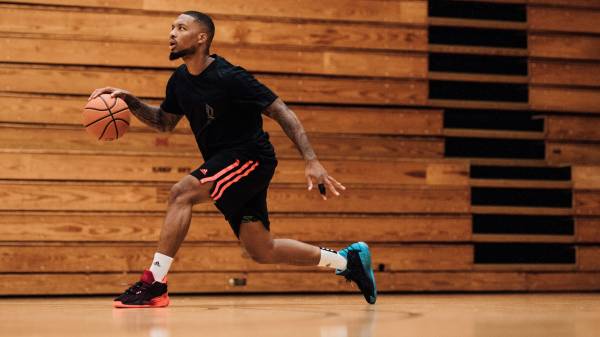 Are Harry and Meghan a sign of the royal family finally coming to grips with the ugly results of centuries of imperialism? Or are they exceptions in a country that’s more in line with Princess Michael of Kent, who reportedly owns two black sheep that she named Venus and Serena?

Let’s hope it’s the former. Meanwhile, a word to Markle’s future in-laws: Fall on your knees and thank your lucky stars that she is willing to add some diversity to your gene pool. The monarchy is well past its sell-by date, and if it’s to remain remotely relevant, you’re going to need her far more than she needs you.

The story has been changed to correct Markle’s titles once she is married.