Ezekiel Elliott suspended six games and other news of the week 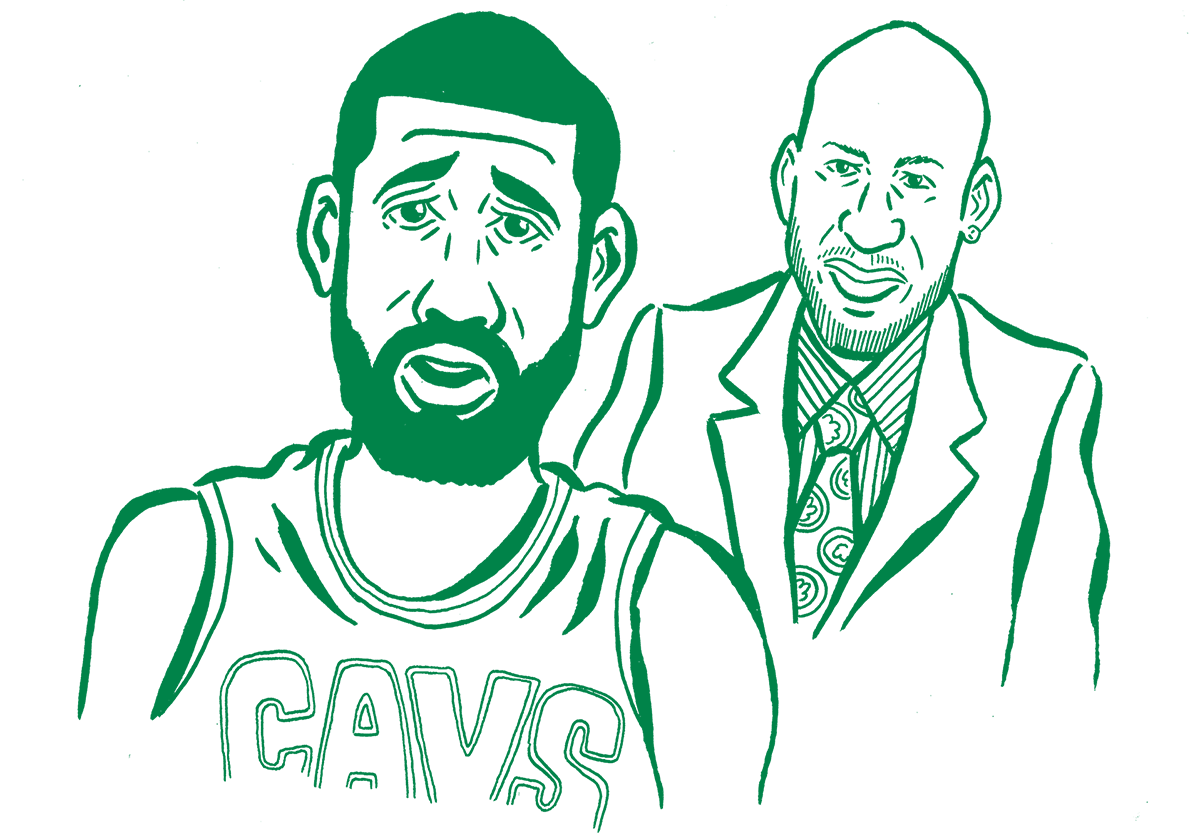 Former New Englands Patriots defensive tackle Vince Wilfork, clad in denim shortalls, announced his retirement from the NFL through an advertisement for a charcoal company. A woman is suing R&B singer Usher for not transmitting an STD to her two years ago. NFL commissioner Roger Goodell, proponent for player safety, believes there should be fewer preseason and more playoff games. Former NBA guard Ron Harper, who once carried teams to multiple 30-win seasons, said Cleveland Cavaliers guard Kyrie Irving is “never going to be a guy who carries your team.” A T-shirt company tried to rebrand the swastika as a symbol of peace, love, respect and freedom; shockingly, it did not go over well. Former Reading Rainbow host LaVar Burton is being sued by a public broadcaster for uttering 10 words. An Arizona man was arrested for urinating on a family of three, including a 10-year-old girl, at a Metallica concert; asked by the girl’s father why he was urinating, the man shrugged. Former White House communications director Anthony Scaramucci posted a link to a podcast, appropriately named TMI, on Twitter along with this message: “We take the subject of cocaine and its use very seriously in my family.” 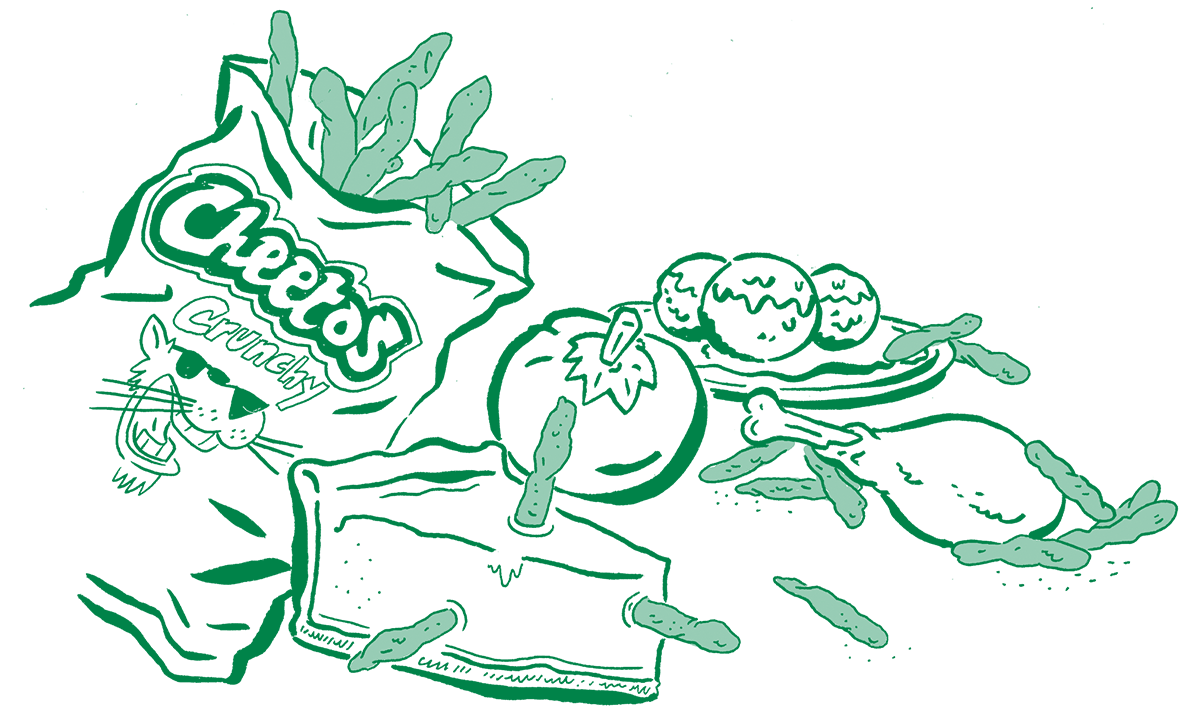 Atlanta Braves shortstop Johan Camargo hyperextended his knee simply running onto the field for warm-ups. This @$$h013 is the reason your computer passwords are so long and convoluted. Communists are mixing Cheetos with green tomatoes, chicken, meatballs, crepes and cheesecakes. North Korea might kill us all. Conservative writer Mike Cernovich, credited with inventing the “Pizzagate” lie conspiracy theory, said he would not comment on the developing situation with North Korea because it’s “not a subject I’ve studied and thus have nothing to say.” A flyer promoting an upcoming protest at NFL headquarters on behalf of Colin Kaepernick spelled the quarterback’s last name incorrectly. In “when ‘just keeping it real’ goes wrong” news, the Google employee who published an internal memo that chalked up a lack of women in tech positions to “biological” differences was fired from the company. Former Ohio State quarterback Cardale Jones, who famously tweeted, “Why should we have to go to class if we came to play FOOTBALL, we ain’t come to play SCHOOL” back in 2012, told UCLA quarterback Josh Rosen to “Chill bro, play school.” 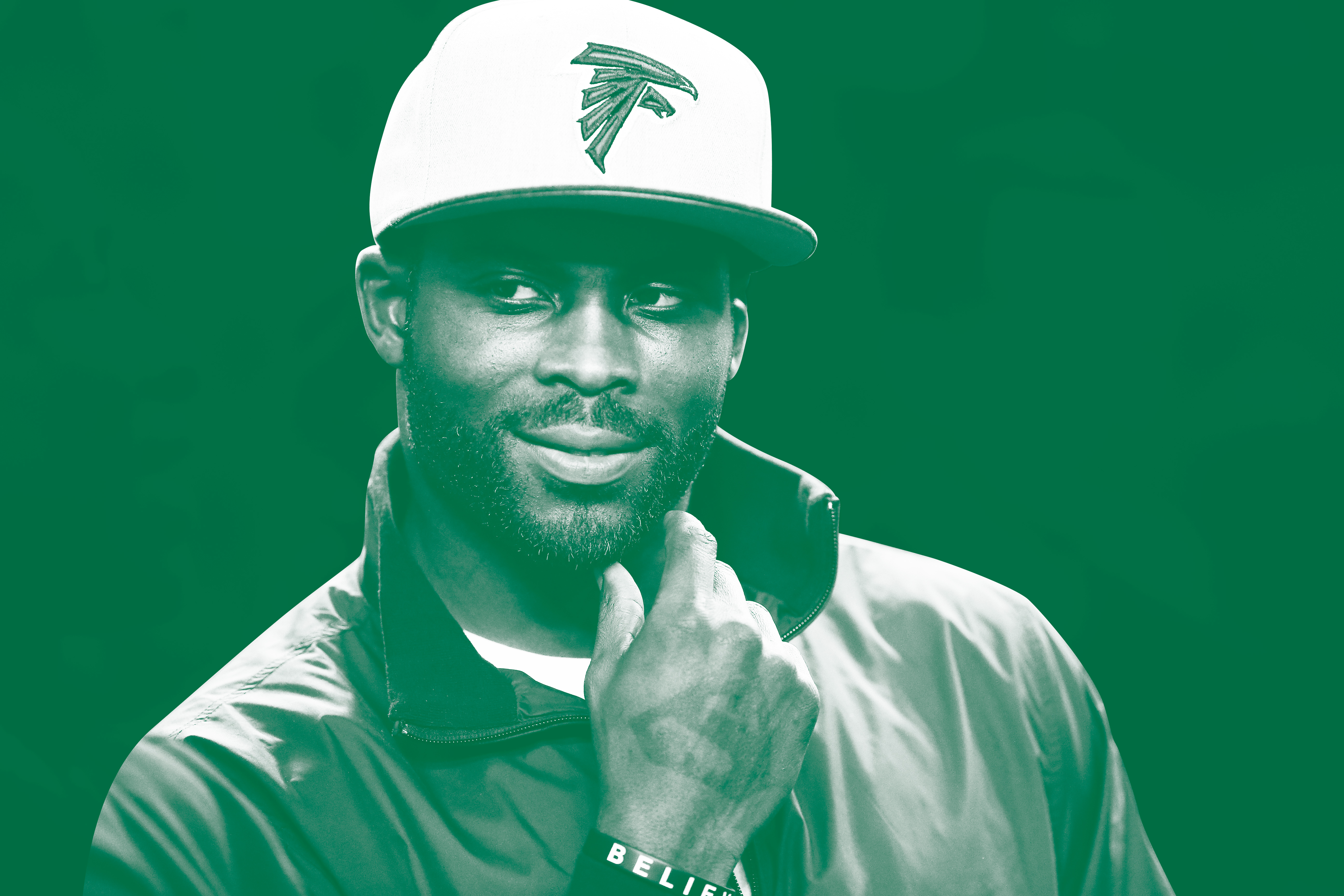 As if an occupant of Big Tigger’s freestyle booth, President Donald Trump improvised his “fire and fury” threat to North Korea on Tuesday off the top of his head. United Airlines killed another animal. The fired Google employee, essentially tweeting through it, said he wrote the 3,000-word diatribe in response to a diversity training session. Kijafa Vick, the wife of former NFL quarterback Michael Vick, said her husband


was “banned from the booty” after his comments about Kaepernick’s hair last month. Protesters in D.C. erected a giant inflatable chicken, complete with golden (pun intended?) coiffed hair, that resembles Trump behind the White House. YouTube stars “Diamond” and “Silk” practically have money spilling out of their wallets after the Trump campaign paid the pair $1,274.94 to stump for the then-Republican nominee. Scaramucci, not realizing the role he plays in the metaphor, accused a New Yorker writer of being “the Linda Tripp of 2017.” 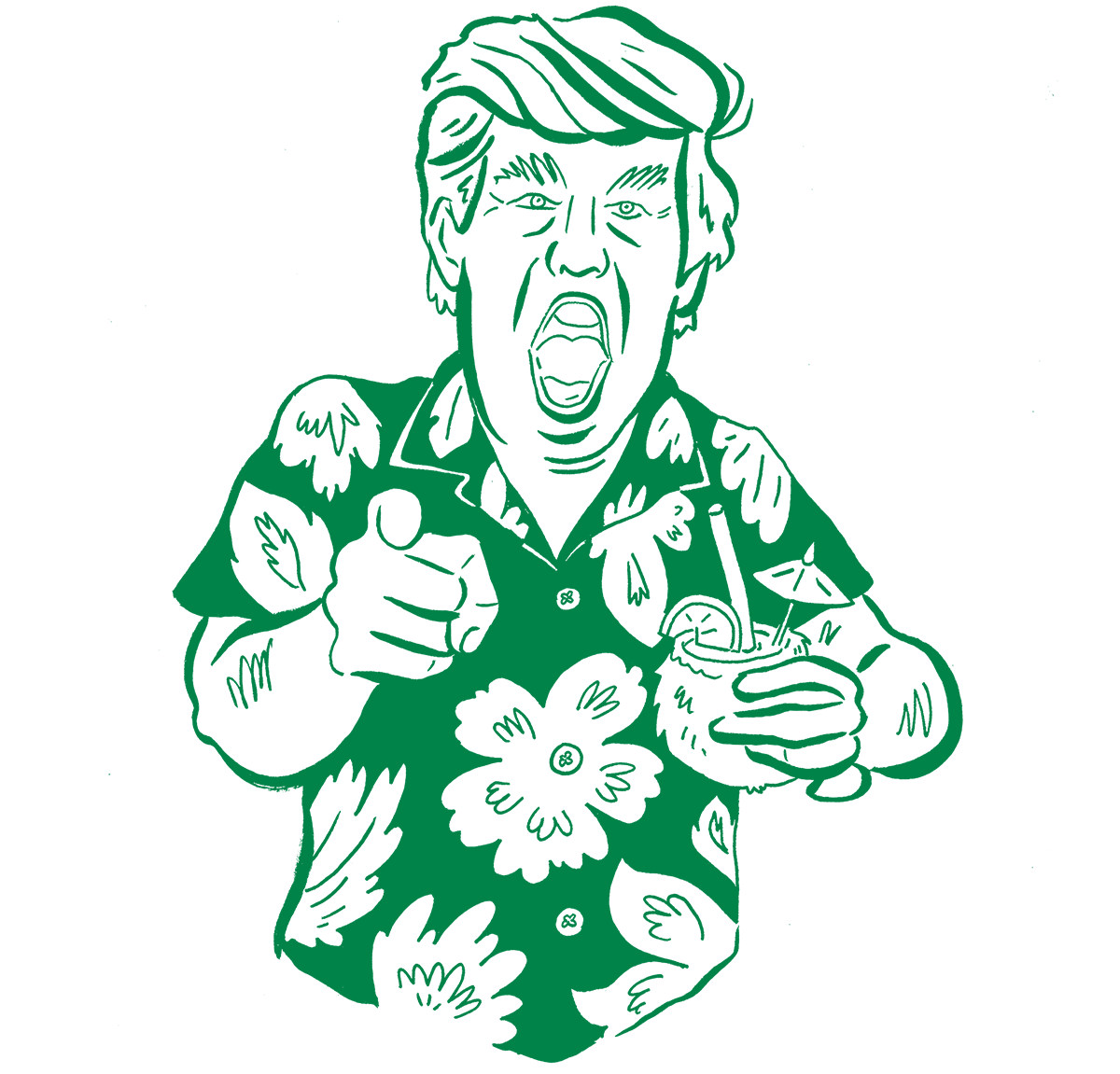 The real Monica Lewinsky replied to the Mooch’s tweet. The Milwaukee Bucks inked a jersey advertisement deal with Milwaukee-based motorcycle manufacturer Harley-Davidson; riding motorcycles is prohibited for NBA players. Trump, who is on vacation, instructed Senate Majority Leader Mitch McConnell, who is also on vacation, to “get back to work.” Sacramento Kings forward Zach Randolph was arrested on a charge of marijuana possession; ESPN host Stephen A. Smith, knowing the fans love the hits, implored Randolph to “stay off the weeeeeeeeduh.” The Los Angeles Chargers, as bad at basic math as they are at financing a stadium, sent out a tweet that 17 plus 85 equals 100. The St. Louis Cardinals’ stray cat, or #rallycat, was kidnapped by a woman who subsequently lost the feline. Baltimore Ravens coach John Harbaugh said quarterback Ryan Mallett, who was 9-of-18 for 58 yards and overthrew multiple receivers, “played winning football” during the team’s first preseason game. CNN commentator Jeffrey Lord, who anchor Anderson Cooper once said would defend Trump if he “took a dump on his desk,” will have time to do so if he chooses after getting fired from the cable broadcaster for tweeting a Nazi salute. 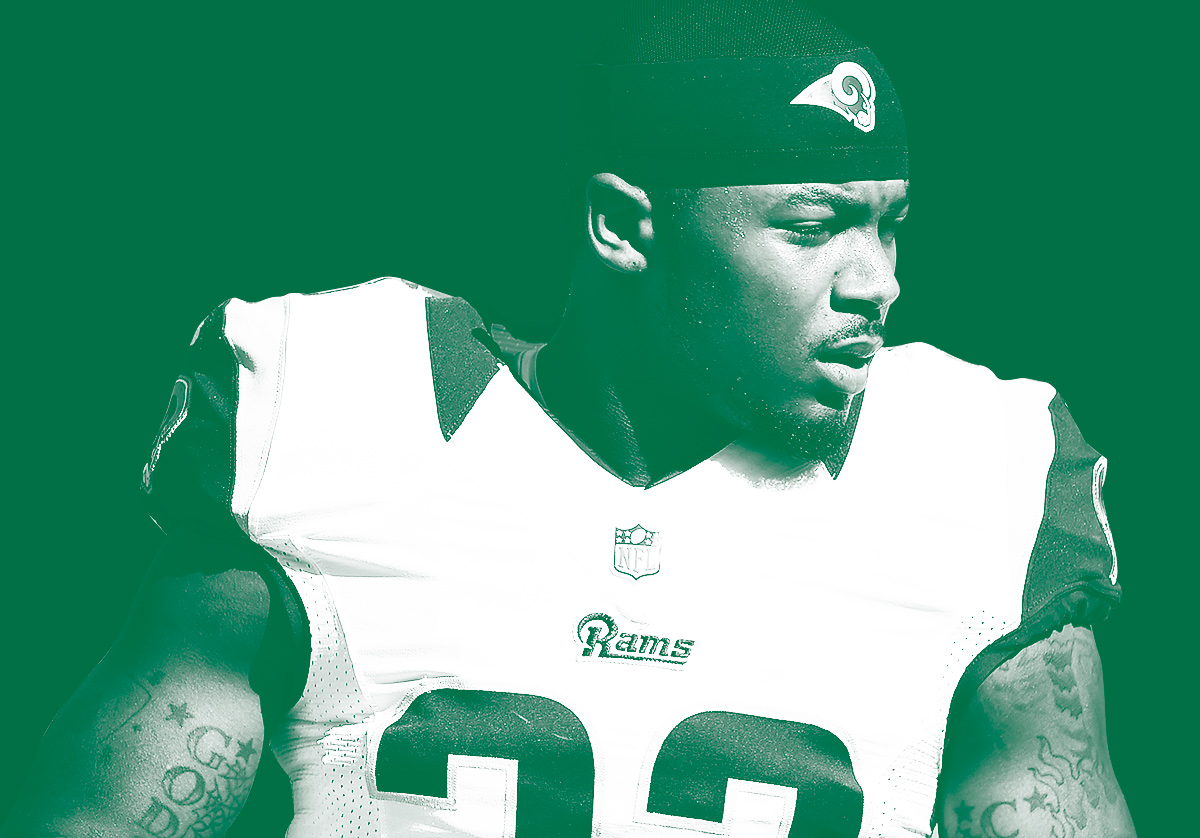 Lord doesn’t understand how the First Amendment works. Los Angeles Rams defensive back E.J. Gaines was dealt the ultimate punishment after his involvement in a fight earlier this week during a scrimmage: being traded to the Buffalo Bills. Trump, the apparent tongue-in-chief, was being “sarcastic” when he thanked Russian President Vladimir Putin for expelling more than 750 U.S. diplomats from Russia. Dallas Cowboys running back Ezekiel Elliott was suspended six games for allegedly assaulting his girlfriend; Elliott’s representatives said the woman could have received the bruises on her body from “bumping into tables as a bottle server.” Cheddar, a “Post Cable Network,” is searching for an on-air anchor who has three years of TV experience, sound news judgment and “50,000+ Twitter followers”; the Cheddar Twitter account has 47,500 followers. The city of Los Angeles played itself into agreeing to host the 2028 Summer Olympics.