TALLAHASSEE, Fla. — Just two days after suiting up for its first preseason practice on Wednesday, the Florida A&M football team is canceling its spring season, the school announced on Thursday.

FAMU is the second school in the Mid-Eastern Athletic Conference (MEAC) to opt out of spring football, following Bethune-Cookman University. FAMU also canceled indoor track and field and volleyball, which had both also been moved to the spring. Bethune-Cookman announced in October that it would cancel all sports for the 2020-21 school year due to COVID-19 concerns.

Earlier this year, all historically Black college and university (HBCU) football programs postponed the season to spring 2021 as a result of the pandemic. Winter sports such as men’s and women’s basketball are still preparing to compete this year.

FAMU was scheduled to play the Bethune-Cookman Wildcats on March 6 and April 10, according to the conference schedule that was recently released. Without FAMU and Bethune-Cookman, the MEAC is left with seven teams for its 2021 spring football season.

FAMU vice president and director of athletics Kortne Gosha said ending the season for so many sports was tough but necessary for the safety of players, coaches and fans.

“When the pandemic hit, there was a lot of uncharted territory. There were many frustrations from the student-athletes, however, we found strength in each other,” Gosha said.

Before the university announced its decision to opt out, athletes were already practicing for the upcoming spring season.

Jalen Brayboy, a senior psychology student and offensive lineman for the Rattlers, said he is coming to terms with losing the season, but added that safety is the priority.

“It came as a surprise and it was very disappointing, but at the end of the day the safety of the players, coaches, staff and fans will always be a top priority,” Brayboy said. “My teammates and I can only control what we can control. So with the cancellation of the spring season, we will do our part first academically, by finishing the semester strong.”

Although the university canceled those sports, student-athletes have been granted another year of eligibility by the NCAA.

“All of our student-athletes that have been affected by COVID-19 because of opt-outs and cancellations will receive an automatic additional year of availability to their clock,” Gosha said.

Gosha said budget cuts and the loss of scholarship funding make the situation even more challenging. He said he has worked closely with university president Larry Robinson to plan an athletic budget suitable for all sports.

“The university supports the decision made by our athletics department as this is to protect our student-athletes, Rattler fans and supporters during this unprecedented time,” said Robinson. “When these programs return to competition, our coaches and staff will have the teams ready to continue our tradition of excellence.” 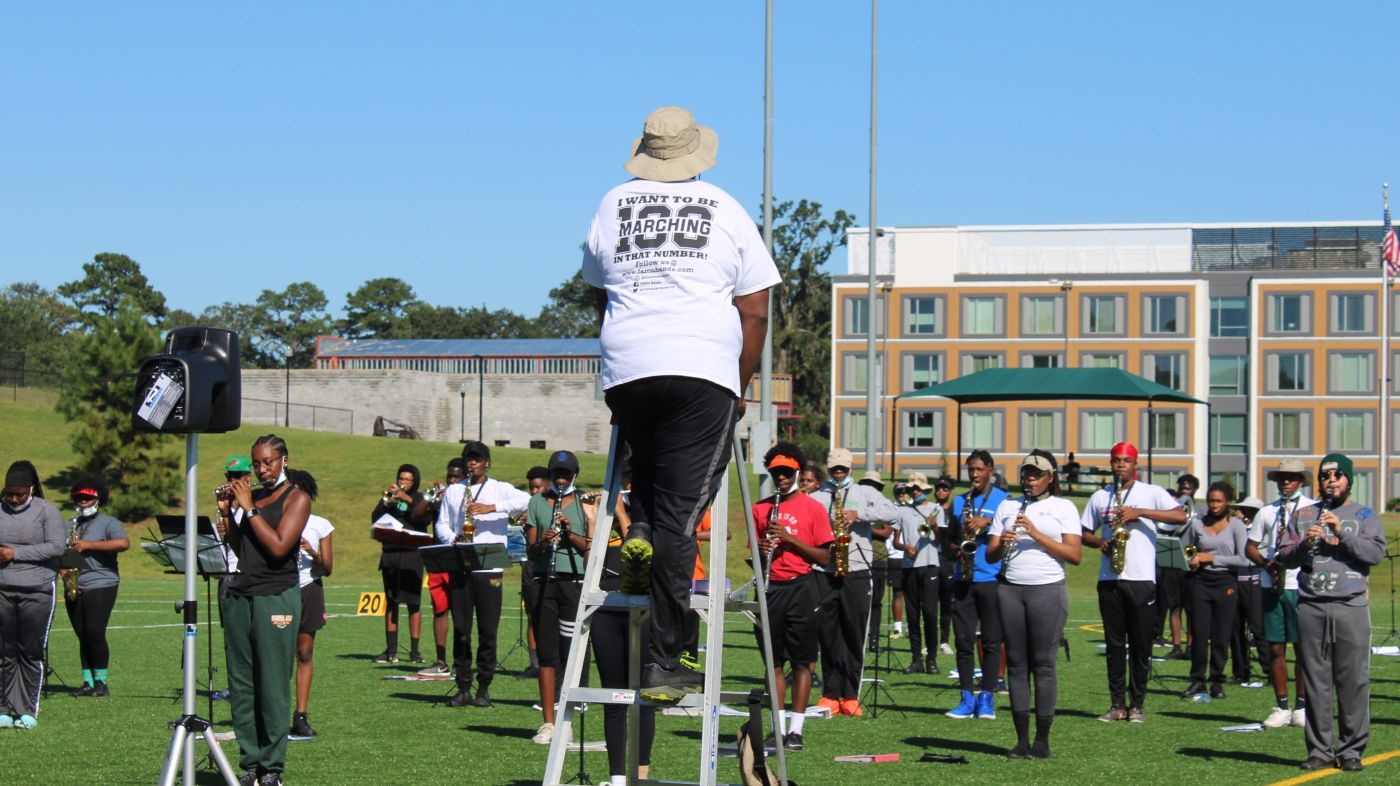 Gosha, who has been head of the FAMU athletics program for only a year, expressed how he was looking forward to his first HBCU homecoming. Gosha, the youngest FAMU athletic director at 32 years old, said coming to FAMU has given him a chance to reshape the culture in the athletic program. He came to FAMU from the University of Miami, where he was the associate athletic director for facilities and operations.

“We are still hosting workouts for our teams with safety protocols intact. Athletes must wear a face mask in the field house or weight rooms,” Gosha said. “Athletes must also participate in a daily temperature check that will give them the green or red light.”