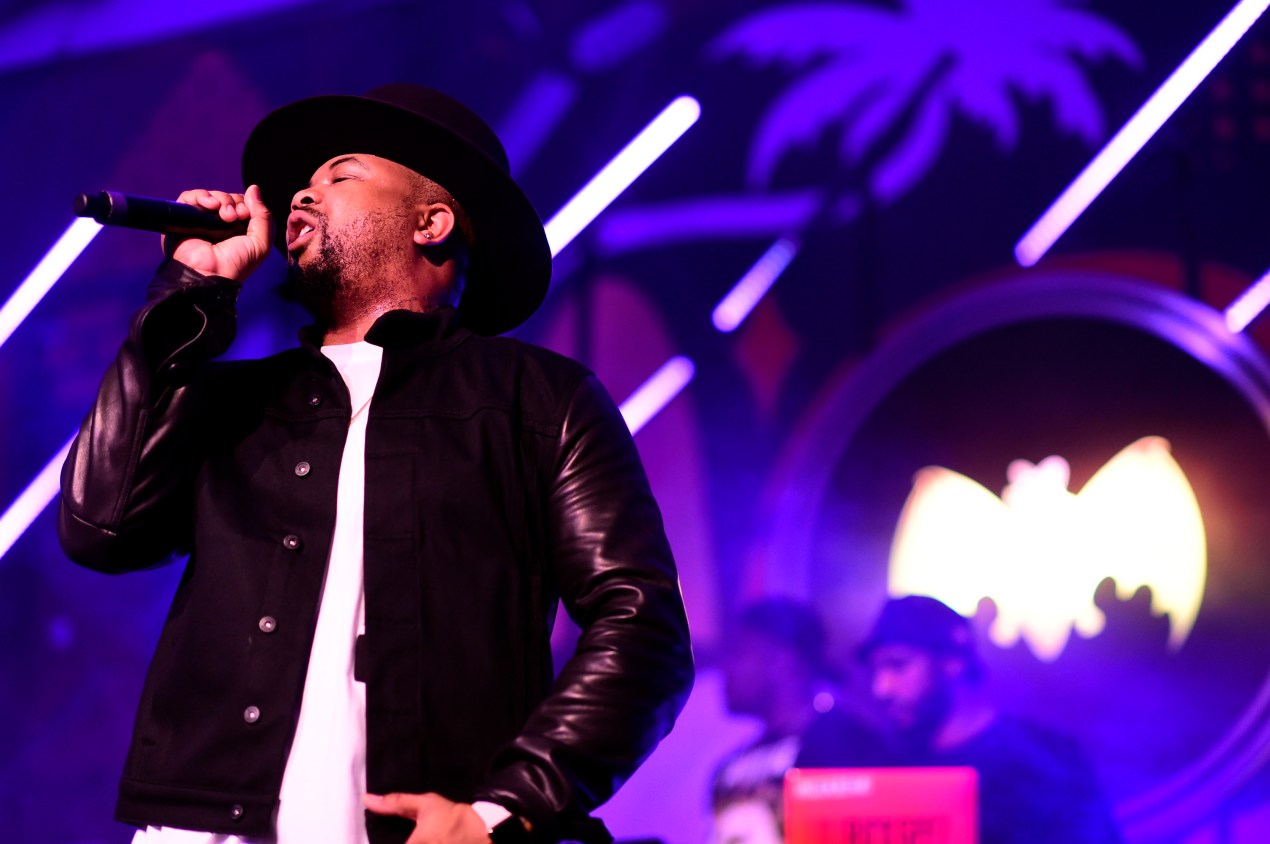 On singer-songwriter The-Dream’s birthday, another black man’s dream is dead

In a country where a brilliant black man from North Carolina — who lives in a universe of creativity, emotion, sensuality, ambition, freedom, and creates songs about umbrellas, single ladies, partitions, birthday cakes and more — renames himself “The-Dream,” life resembles a night terror on loop.

Emotions can easily be lost over text messages. But not this one. Anger, pain and hopelessness bleed through a cracked iPhone screen.

I serve a country that in 397 years has done nothing for me or my ancestors. S— is really getting to me, yo. We out here dying in the streets at the hands of people who are supposed to protect us. White people have a totally different idea of what the police are. It’s like that movie Tales From the Hood where the little boy sees a monster but everybody else sees a regular human. Man, it’s worst than Alton Sterling and Eric Garner. If there’s such a thing.

The text, from late Monday night, is from my childhood friend Ryan Vaughan, an active member in America’s armed forces. My grandmother taught his mother earth science in high school. We’re from Virginia. The same neighborhood, really. We’re like brothers. Ryan’s anger is in reference, of course, to the recent police shooting of Terence Crutcher on Sept. 16 in Tulsa, Oklahoma. Crutcher, at 40, is dead.

“I spend most of my day in the battle of being black and being a minority … Money has not changed my status in the department of racism or classism.” — The-Dream

This piece was supposed to be a piece about The-Dream. About his success. About his talent as a songwriter. About his penchant for spectacular bedroom anthems. About why The-Dream, along with Lil Wayne and T-Pain, helped craft the soundtrack to my senior year in college. Today is The-Dream’s birthday. He’s 39. And instead of solely and joyously celebrating The-Dream and his work, his music must instead be used to make sense of a situation devoid of dreams.

Crutcher, a father of four and fixture in his church choir, was returning home from class at Tulsa Community College. His SUV stalled in the middle of the road on the northeast side of the city. Authorities initially said Crutcher failed to comply with the officers’ demands and reached into his vehicle.

The footage shows otherwise. Crutcher is shown walking toward his vehicle — and back turned to officers. His hands were up. He was soon hit with a stun gun by officer Tyler Turnbough. And then fatally shot by officer Betty Shelby. A police helicopter dispatcher described Crutcher as a “bad dude who could be on something” — despite being unable to tell what he looked like from a distance, aside from being a heavyset black man.

Crutcher did not have a gun on him or in his vehicle. Ray Owens, pastor at Metropolitan Baptist Church in Tulsa, said the killing is “among the worst he has seen nationally,” and that Crutcher “did not pose a threat.” As terrifying, and as with Michael Brown in Ferguson, Missouri: “After having been shot,” says Tulsa pastor Rodney Goss, “a couple minutes … but it seemed like a lifetime, went by before anyone actually checked with him as far as pulse.”

Terius Nash — better known as The-Dream — isn’t the first, second, or 35th artist who comes to mind when trying to come to grips with racism and social justice issues. The Grammy Award-winning songwriter/producer/singer has written (or co-crafted) hits not only for himself, but global anthems for artists such as Beyoncé, Rihanna, Kanye West, Jay Z, Britney Spears, Mary J. Blige, Clipse, Usher, Mariah Carey, Janet Jackson, Ciara, A$AP Rocky, and Justin Bieber. Along with his longtime collaborator, Christopher “Tricky” Stewart, the two are this era’s closest iteration of the legendary tag team of Jimmy Jam and Terry Lewis.

Christopher Petrella is a lecturer at Bates College.

“I spend most of my day in the battle of being black and being a minority,” he said at the time. “Money has not changed my status in the department of racism or classism. I take a step in this direction in order to no longer ignore the real part of life that exists after I walk out of a studio, after I take an award at a show, and after I drop my kids off to school. America is still broken.” The-Dream’s statement gives San Francisco 49ers quarterback Colin Kaepernick’s refusal to stand for the national anthem even more context, speaks to the idea of rich people protesting, and speaks to why the momentum jumped off by his refusal goes well beyond the gridiron.

When discussing struggle, especially as it pertains to the black community, the music is irreplaceable. Community-crippling assassinations and uprisings of the civil rights movement, along with the ongoing Vietnam War inspired Marvin Gaye’s 1971 masterpiece What’s Going On. Kendrick Lamar’s 2012 magnum opus good kid, m.A.A.d city addressed the conflicting universes of teenage innocence and the very real pitfalls and trappings of the environment and ‘hood community he called home. Let us pray your idea outlives you, The-Dream preaches on Black. And maybe the ideas of Crutcher, the things he still sought to accomplish, will do just that.

For 40 years, Crutcher and his sister Tiffany celebrated birthdays together, both just a year older than Nash. Now, Aug. 16 is a day she’ll mourn alone, from now until she and her brother meet again. A day his four children will come to dread every year for the rest of their lives. Their father’s last moments are embedded in the internet. They can find peace in knowing their father didn’t provoke or cause his own death. But how much peace is there really in knowing the man responsible for bringing you into the world lost his life — and for what?

I feel real black right now. This is not a dream.