Utah Jazz center Rudy Gobert has been making trips to Guadeloupe, a French archipelago in the Caribbean, since he was a little boy. It’s where his father, Rudy Bourgarel, lives and watches his son’s career closely after his own NBA dreams were dashed years ago.

“It means everything to him,” Gobert told The Undefeated. “I can see how proud he is to watch me on television. When I talk about it with him, I feel like I am living his dream. I’m carrying his dream that he wasn’t able to fulfill. It was not just my dream. It was both of ours.”

Bourgarel played at Marist College from 1985 to 1988 alongside former Indiana Pacers star center Rik Smits. The 7-foot Bourgarel averaged 10.7 points, 6.8 rebounds and 1.5 blocks during his junior year. (Bourgarel also made a cameo in the movie Coming to America during a scene that showed Marist playing against St. John’s in Madison Square Garden.)

“I have seen a few highlights,” Gobert said. “He was athletic. Very long, kind of like me. I’ve seen him dunk the ball. I met an announcer from Marist who said [my father] was a ‘force of nature.’ It was cool to hear.”

But Bourgarel was not drafted by the NBA in 1989 despite interest. Gobert said his father was not able to work out for NBA teams before the draft due to a forced commitment with the French men’s national basketball team.

“I heard he was going to get drafted, but the French national team wanted him to play for them, so he had to pass on the workouts and the draft in order to do that,” Gobert said. “He told the French team no. The French national team made him come back to France to do to his military service. Those days, you had to do it. He didn’t end up doing any military service, but he was forced to come back to France, so he couldn’t do NBA workouts.

“But if he went to the NBA, I wouldn’t be here. It’s destiny. After that happened, he ended up playing in France. He played in Paris and Saint-Quentin, where he met my mom.”

Gobert was born in Saint-Quentin. His parents split when he was around 3 years old, with his father moving to Guadeloupe. Gobert stayed with his mother, Corinne Gobert, in Saint-Quentin, where he faced challenges being a mixed-race kid in France.

“I’m mixed. But to the white kids, I was black,” Gobert said. “France, we have a lot of different ethnicities. A lot of Arabians. People mixed with black. So, there are always some ignorance. It comes from the parents who don’t educate their kids that there are different colors of people. I was never offended by it.

“For me, I was just a human being. I always see people as human beings. But with the fact that my dad is black and my mom is white, of course, makes it normal for me. I never really focus on that.” 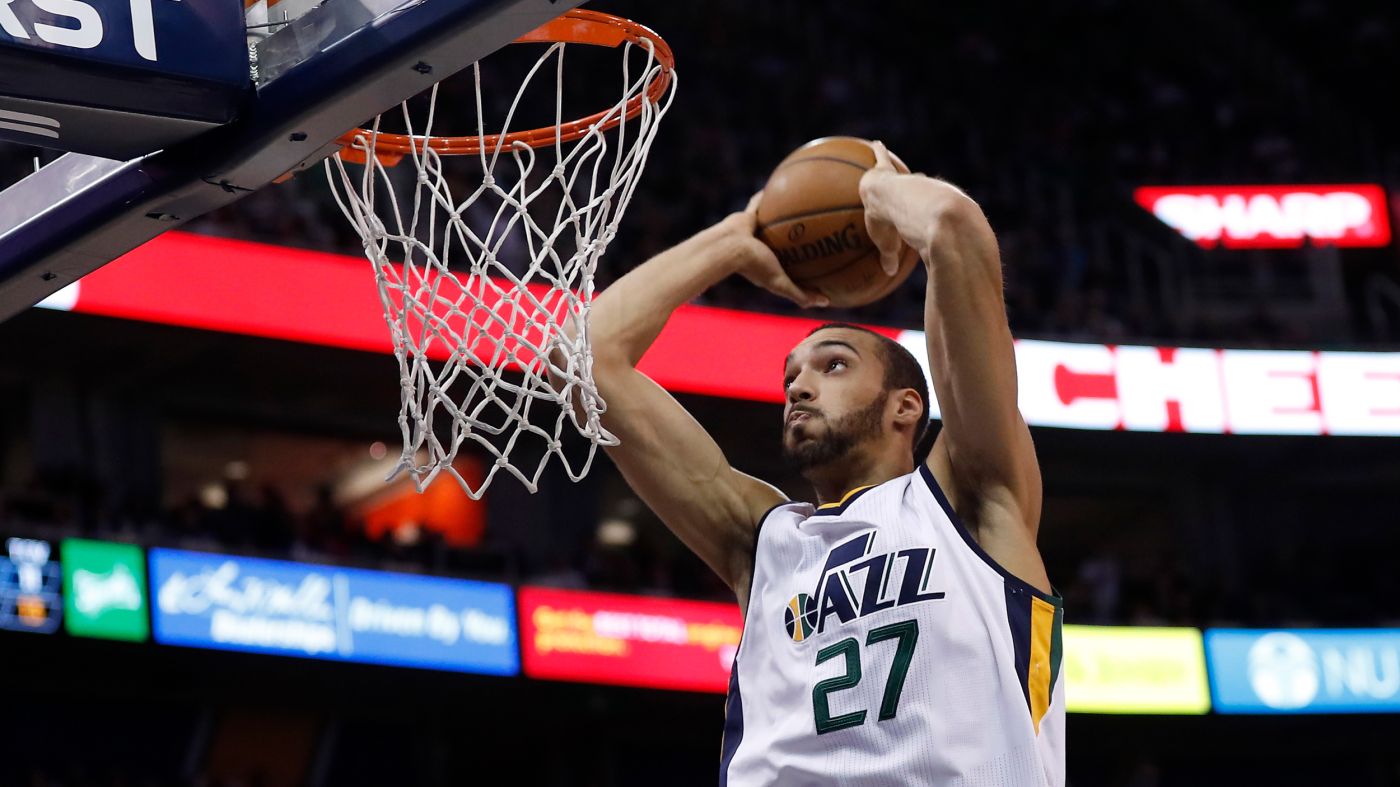 Utah’s Rudy Gobert is coming to the playoffs Read now

Gobert’s mother made sure he called his father once a week. They would talk about hoops.

“He always told me to have fun and to keep working on my body,” Gobert said.

Gobert said that about once every three years his mom saved enough money to buy the family plane tickets to see his father and other family members in Guadeloupe. Gobert added that his father, who was not available for comment, is still pained that he didn’t get the opportunity to prove he could play in the NBA.

“Not going to the NBA destroyed him,” Gobert said. “He was fascinated by the game and they took that away from him. Back in the day, it was very hard for international players to get that opportunity. The window was short. Once you missed that window, there was no scout coming to watch you at that time. He lost his love for the game. It’s crazy. My dad could have been the first one drafted.”

Former NBA swingman Tariq Abdul-Wahad, a Frenchman, recalls watching Bourgarel play for Racing Paris and San Quentin during his teens before going to the United States to play in college.

“He was a big guy, but we all felt they were doing him wrong after being one of our first players to come back from the United States,” Abdul-Wahad said. “French basketball did not really like that at the time. They did not go out of their way to make him feel welcomed. Even if he was sensational to us, the clubs he played for in France did not seem to respect him as a player.

“French basketball has always been mesmerized with American basketball, but they wanted their model to be the white [European] basketball and not the African American kind. I think it suffered from that at that point in time.”

Abdul-Wahad would become the first Frenchman to be drafted into the NBA in 1998 by the Sacramento Kings with the 11th pick. The former shooting guard opened the door for other Frenchmen, including Tony Parker, Boris Diaw, Ronny Turiaf, Nicolas Batum, Joakim Noah, Evan Fournier and, of course, Gobert.

Gobert entered the NBA as the 27th overall pick in the 2013 NBA draft after playing for Cholet in France. He has since become a two-time NBA Defensive Player of the Year. At 7 feet, 1 inch, Gobert is a one of the most imposing big men in the game.

He is also an All-Star. Finally.

Gobert was crushed when he was not chosen for the 2019 NBA All-Star team, and he was criticized by some of his NBA brethren after a video caught him crying after last year’s announcement.

Rudy grew increasingly emotional speaking with the media about his All-Star snub. Said his mom called him crying. Said he wrote and deleted several messages on social media. Finally, he grew too emotional to speak, and walked off, wiping away tears. pic.twitter.com/UkFX2nUrt8

But this year, the seven-year veteran was selected as a Western Conference reserve and drafted to Team Giannis.

“It is great to finally make it, but it is only possible because of the work we put in as a team,” Gobert said, adding that his No. 1 goal this year is to win a championship.

Gobert said his father isn’t planning to attend the All-Star Game in Chicago and has never seen his son play in person in the NBA.

But Gobert expects his father watch will be watching his All-Star Game debut on television. And with finances no longer an issue for Gobert, the 27-year-old said, he visits his father every year in Guadeloupe.

“In a way, I feel like I am living his dream,” Gobert said. “It’s not something I talk about a lot. No one really knows this, really. But it means a lot to me to be able to fulfill his dream, too.”