For his own homecoming, Jay-Z should perform this duo of NYC B-sides

The artist’s intimate show calls for his most heartbreaking work

“I hated me … and everybody that created crack.”

The recent release of Beyoncé’s live Homecoming album, and the concurrent premiere of the Homecoming Netflix documentary, is being followed this week with the release to Spotify and Apple Music of her Grammy-winning 2016 album Lemonade (long available only on Tidal or physical CD). The most intriguing element about this massive rollout is that aside from the matriarch’s new cover of Frankie Beverly’s 1981 “Before I Let Go,” Beyoncé is releasing no new music. Instead, she’s repurposing her art with even more visceral connections. This is the thunder.

The lightning? Jay-Z’s much-anticipated “B Sides 2” concert, set for Friday at New York City’s newly renovated Webster Hall. In 2015, at Manhattan’s Terminal 5, Jay-Z delivered a memorable B Sides performance, weaving in and out of his catalog’s deeper cuts. The show is recalled by fans as hip-hop songs in the key of life. Ticket prices for this week’s intimate sequel are said to be going for more than $1,000.

“When we were thinking about who would be the right choice to open this legendary venue, we knew it had to be a New York icon,” said Brett Yormark, CEO of BSE Global, which operates Webster. “No one fits that description better than Jay-Z, who will join an unparalleled list of celebrated performers who have played Webster Hall.”

It’s unclear how Friday’s set list will differ from its 2015 predecessor. That evening included a dizzying number of classics, including “Politics As Usual,” “Where I’m From,” “Guess Who’s Back” and “What We Do.” There’s a level of cultural knowingness that goes with hearing Jay-Z perform those songs along with “Intro,” “Young, Gifted and Black,” and “A Million and One Questions.” You have to know the catalog to appreciate Jay-Z bringing out Jeezy for a performance of their 2005 masterpiece “Go Crazy.” These records never found residency on FM dials or the set list of the On the Run Tour with Beyoncé.

The truth is, Jay-Z’s catalog allows him the luxury of calling his shots. He sports one of the deepest and most diverse archives in rap. And if there were a way to suggest to the artist what he should consider for his new show, there are no two more searing, honest and soul-shifting cuts than “You Must Love Me” (1997) and “Meet the Parents” (2002).

Both “Love Me” and “Parents” represent Jay-Z’s ghetto storytelling at its apex. Both juxtapose personal downfalls with the peace he’s found through marriage, and almost losing his family.

He sports one of the deepest and most diverse archives in rap history.

As the closing number on his 1997 sophomore project, In My Lifetime, Vol. 1, “You Must Love Me (featuring Kelly Price)” lays open the wounds of Jay-Z’s pre-rap career path. He was not the entrepreneur, activist, husband, father and global superstar we know today.

To understand the depths of Jay-Z’s forgive-me-for-I-have-sinned song “You Must Love Me” is to understand the war zone in which it was birthed. In 1987-88, crack cocaine played a key role in 38 percent of the 1,867 murders in New York. An estimated 600,000 cocaine users (most addicted to crack) lived in the city in 1988, up from 182,000 in 1986. Crack also accounted for surging cases of drug-addicted parents and the prison population boom. “When the crack issue is examined in its entirety, there is no question that the past three years of crack trafficking and abuse have had a more deleterious effect on the quality of human life in New York than any other drug episode in history,” said a 1989 study by the U.S. Drug Enforcement Agency.

All three verses feature personal apologies from Jay-Z. Part of the video was filmed in a church. The first is to his mother, though not necessarily Gloria Carter. “All you did was motivate me, ‘Don’t let ’em hold you back?’ / What I do? I turned around and I sold you crack,” he nauseatingly admits. “I was a bastard for that / Still I’m drowning in shame.” “When I said that,” Jay-Z told Vibe in 1999, “I meant [it as a] metaphor for, like, the mothers of our nation.”

The second verse is to his older brother Eric, whom Jay-Z shot when he was 12. It was because Eric, in support of his drug habit, apparently stole his brother Shawn’s two-finger ring. “Saw the devil in your eyes / High off more than weed,” he raps. “Like a stranger damn I just shot my n—- / And ran off into the night as if it was not my n—-.” The O’Jays’ “What Am I Waiting For” sample is an eerie backdrop for Jay-Z’s confession.

But the weight of Jay-Z’s truth is almost crushing on the third verse as he remembers seeing a friend on a drug-smuggling mission. She’s begged for months to get into the game. “Strapped her body with them thangs as you boarded the plane / Couldn’t explain these strange feeling that I caught in the vein,” Jay said. “I’m thinking why would I send you when I knew it ain’t right / I’m thinking what would make you sacrifice your life / You must love me … ”

“Meet the Parents” is a ghetto biography with an all-too-familiar ending. Isis is the young woman whom Jay-Z introduces at the song’s inception. She’s from the ‘hood and, like most who live there, wants a way out. Isis is forced to make a choice between two men: Sha, who wanted to get her away from the city and start over, and Mike, who was the neighborhood superstar. The choice seems obvious, until it isn’t.

“But Isis like this Broadway life / She loved the Gucci sneakers, the red, green and whites / Hangin’ out the window when she first seen him fight,” Isis thinks of “Mike,” so “turned on that she had to shower twice.”

“The bad boy might grow up to be a hard man, if he grows up at all,” Jay-Z states in his autobiography, Decoded. “The street fight that turns the girls on when he’s 16 is less sexy when he’s a grown-a– man. And God help the girl that’s got his child.”

Isis and Mike have a child, but not a happy home. Mike abandons Isis and their infant son. Mama’s baby. Papa’s maybe. The story ends up years later with Mike running into his son in the streets, though he’s unaware of who the 15-year-old with a gun and bad attitude is. A brief moment of clarity overcomes both as they recognize something about the other. Yet, with weapons drawn, it’s the son who hesitates. Mike’s survival skills kick in. “Six shots into his kin, out of the gun,” Jay warns. “N—- be a father, you’re killing your sons.”

Isis, Mike and their unnamed child were mythical characters in a real-life tragedy that manifested itself in many households, many that turned to Jay-Z’s music for guidance. “I never intended [for] ‘Meet The Parents’ to be subtle,” Jay-Z said of the song years later. “In my mind, it was a morality play, a PSA for that generation of men who may as well have emptied their guns on their sons when they left their lives.” 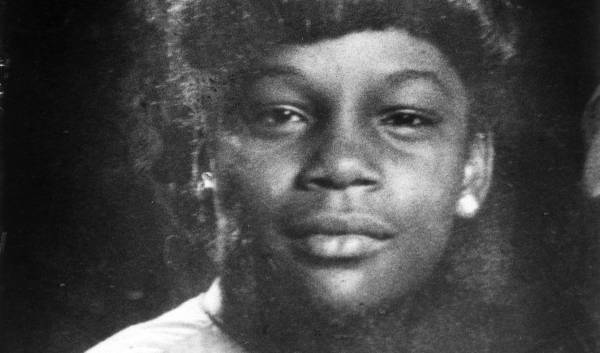 Those fortunate enough to obtain rap’s springtime golden ticket should realize the rarity of the experience. It’s a hometown kid playing an iconic hometown venue. This is Jay-Z’s own homecoming, and it’s different, even from selling out Madison Square Garden. An artist does that for the glitz, glamour and bragging rights. This is more public therapy, rapping rare verses that helped set in stone his place as one of the greatest storytellers in American history. Friday will also be Jay-Z’s first public appearance since he left words in the service book for Nipsey Hussle’s funeral.

“You Must Love Me” and “Meet The Parents” are as much New York’s as they are Jay-Z’s. The songs especially belong to anyone who survived the crack era, of which Jay-Z was a self-admitted perpetrator and victim. We can imagine the weight of performing that comes with bringing back to life the ghosts of New York past. For Jay-Z, it’s his life. The man born Shawn Carter said on 1998’s “You’re Only a Customer” that his writing was personal, “My heart bleeding through the pen.” It’s up to Jay-Z if he wants to find the vein that pumps two of his finest and most debilitating confessionals.