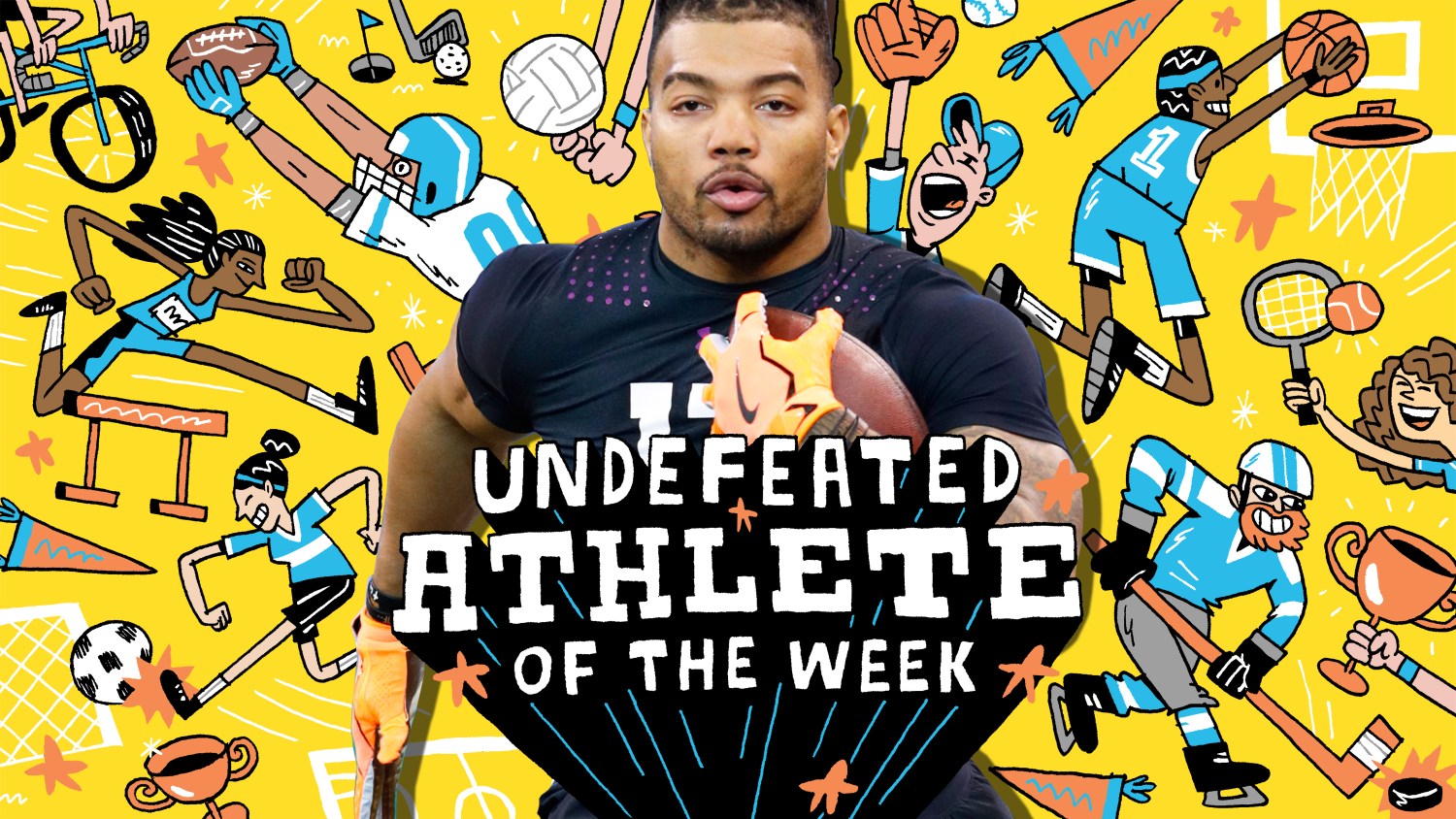 For Redskins rookie Derrius Guice, a friend in need is a friend indeed

That’s the narrative on the 21-year-old rookie running back drafted in the second round, 59th overall, by the Washington Redskins. And, while the words mostly describe his never-say-die running style, Guice knows that labels have a funny way of sticking.

“I’ve been started letting the media do their thing,” Guice told The Undefeated. “Running ‘angry’ comes from [people] seeing me refusing to go down; that’s where that ‘running angry’ came from. People [say] anything; they’ll see you walking around, and smiling, and they’ll say, ‘Oh, he’s happy-go-lucky.’ But they don’t know what’s underneath.”

There’s plenty more to Guice that Redskins fans, and the NFL, will soon see; the Baton Rouge, Louisiana-bred back, who hails from a section of the Bayou known as “the Bottom,” prides himself on his dependability, and not just with the rock.

“What drives me is my family,” said Guice, who was in Louisiana — unbeknownst to his mother, Beulah — to buy her a new car last Monday. “I want to be able to provide for my mom because she did for me my whole life. I want to be that person that my family can look [to] for help, not even just money, but just to see a different outlook on life. I’m pretty sure [providing for family] drives most people. It’s the best thing anybody could ask for; you don’t even have to be a professional athlete. I know it makes [people] happy when they can provide for their family. Who wouldn’t?”

Guice, who delivered a new white Jaguar SUV with a large white bow on top that afternoon, hardly sounds angry. When you’ve lived the life he’s lived, or rather survived (his father was gunned down when he was 6 and he managed to rise from “the Bottom,” where his neighborhood streets were fraught with crime and poverty), you either live up to the labels or run past them.

“I’m the first of my family to ever make it this big,” said Guice, who compiled 3,074 yards and 29 touchdowns in three seasons at LSU from 2015 to 2017. “I don’t even see it as pressure, because my whole family is riding me behind. I got my whole family on my back.”

Hey mom! I have a surprise for you 🚘👀 pic.twitter.com/YESTEqBYgz

When a story made the rounds last week that two former college football teammates had stepped up to help fifth-year college student Jhane Garner pay for her last year of school after she lost her TOPS financial aid, Guice thought little of his role in the fundraising effort. A friend was in need.

“[Jhane] was an athletic trainer [at LSU], and so she treated us, would give us water and kept our bodies right with massages, stretching, anything we needed to keep us as athletes going,” Guice explained of the connection to Garner, who was on LSU’s football staff when he and Leonard Fournette both played for the Tigers. “She was a part of that [group]. And when I saw that tweet, man, her needing help, I had to help; I was one of the first people to throw in. … I donated $1,000.”

A few short hours after Guice’s donation, his former LSU backfield mate Fournette, entering his second year with the Jacksonville Jaguars, tweeted at Garner and offered to pay the balance.

“That was really cool, man, just being able to help somebody in need always makes anybody feel good, especially when you have a platform to help.”

The only player in the Southeastern Conference with three career games of 250 or more rushing yards is slowly getting used to being in a position to help but is mindful that, as a professional athlete, he has to be guarded.

“We can only help so much, you know what I mean? And we gotta choose wisely,” said Guice, who signed a four-year deal with Washington worth just over $4.5 million. “I picked someone first to help that I know and someone who helped me before. You just have to be mindful of that, and by knowing that young lady, I know she wasn’t just bull—- with us. I knew that was real. It’s different for somebody I’ve never seen in my life or heard of in my life coming asking for me to help pay their tuition.”

Washington — and particularly Doug Williams, the team’s senior vice president of player personnel, who made the call to draft him — has high hopes for Guice, who will be part of a backfield that includes third-down back Chris Thompson and Samaje Perine, a fourth-round pick last year who had eight starts and a team-high 603 rushing yards.

Guice is hardly sweating those details, keeping a mindset that “the football will take care of itself.”

“I’m just rolling with life right now,” says Guice, sounding wiser beyond his 21 years. “Whatever comes, comes. I’ll know how to deal with it because of where I’ve been before. Other than that, everything’s fine.”