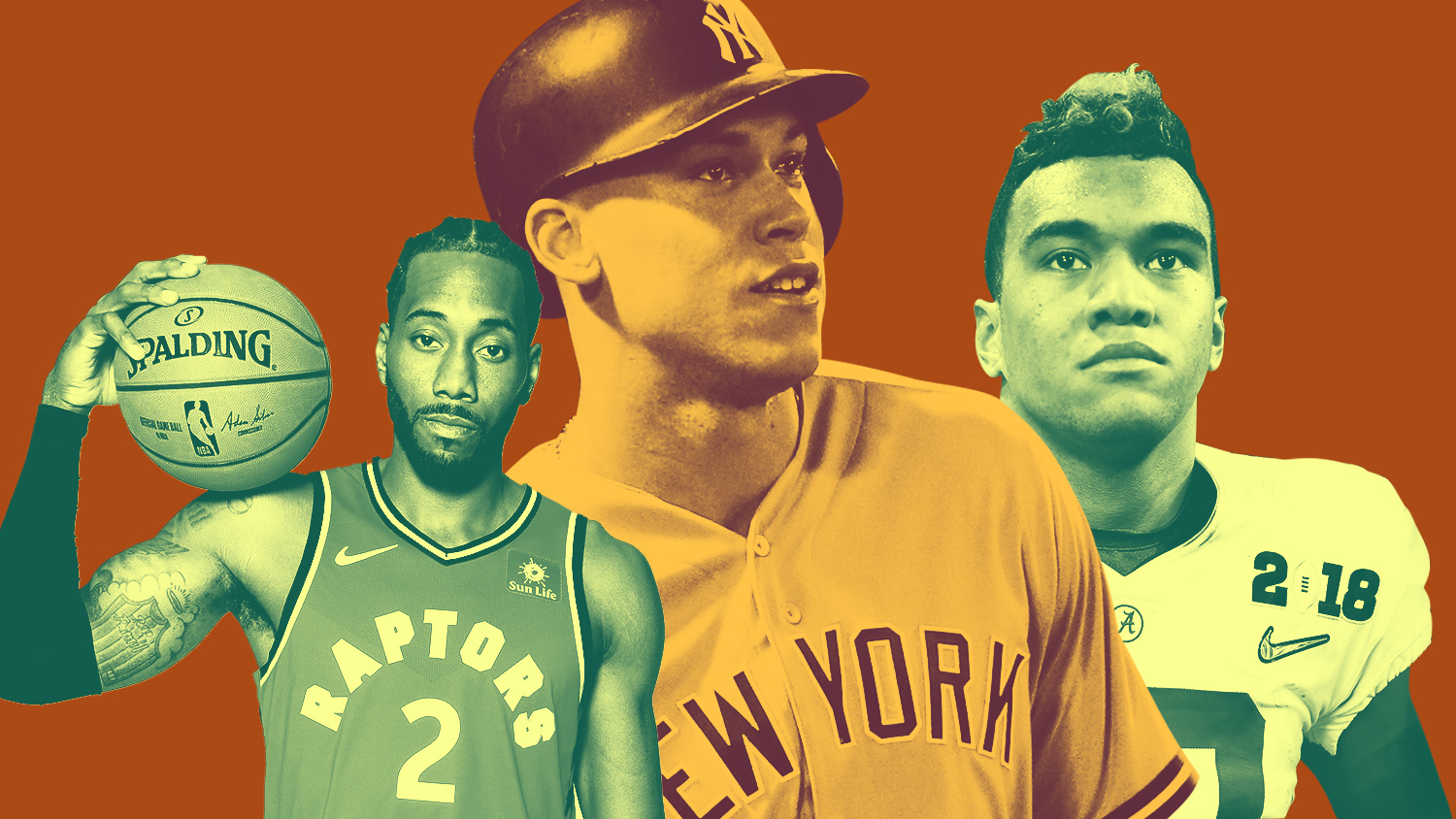 For the diehard sports fan, there’s nothing like October

With MLB playoffs, start of the NBA and NHL plus football — give me that remote!

“I’m so glad I live in a world where there are Octobers.”

I love October. In the Northeast, where I’ve spent most of my life, trees turn into majestic canvases painted red, orange and gold.

I love October. Walking through fallen leaves reminds me of ends and beginnings, the hallmarks of autumn.

But more than anything, I love October because during this month, the sports world presents a horn of plenty, especially of our most popular pro team sports.

Still, in October, fans of major league team sports and big-time college football should jump for joy. This month, everybody plays for real and for keeps.

In October, everybody plays. Major League Baseball rounds third base in the playoffs and heads for home in the World Series. This month in baseball, we’ll see who earns the title once held by Hall of Famer Reggie Jackson: Mr. October. We’ll see who plays poorly and gets fitted with the albatross etched with scarlet letters: “Can’t win the big one.”

In October, the NFL moves into the second quarter of its 16-game regular season. And the NHL and the NBA begin playing regular-season games.

And this month brings homecoming football at the nation’s leading historically black colleges and universities (HBCUs), occasions when a sumptuous game within the game takes place at halftime: marching band against marching band.

Consequently, October is the high-stepping month in American sports. Even the televised sports food fights start to step up their games: Reporters and pundits talk about World Series heroes, veteran stars in the NBA and NHL who seek to take their teams to the playoffs. And the TV chitchat clubs will talk about freshman phenoms in college football who will help determine which teams play for the FBS championship.

In October, the fans, especially the long-suffering fans, lean in more closely to see whether this is the year curses will be lifted and demons exorcised; whether, at long last, they can wave their index fingers and shout, “We’re No. 1.”

Emily Dickinson, the 19th-century American poet who preferred interpreting the world to living in it, speaks to long-suffering fans this month and always: “Success is counted sweetest by those who ne’er succeed. To comprehend a nectar. Requires sorest need.”

And if winning it all is the sole measure of success, as many, players, pundits and fans would have it, then people in Colorado, where their Rockies have never won the World Series, stand in what Dickinson called the sorest need.

But these days, being crowned the longest-suffering fans marks a particular triumph for some. Fans across sports seasons compete for the title, using their own measures and perspectives, a kind of analytics of misery.

Indeed, even in cities where teams have recently won the championship in one sport, fans can wallow in misery in another, especially if winning the championship is deemed the sole antidote for the fans’ misery.

Similarly, in Philadelphia, where the beloved Eagles won the city’s first Super Bowl in February, some fans are quick to point out the team’s halting start this season.

Meanwhile, fans of the 76ers (1983) and Flyers (1975) talk about how long it has been since their teams have won it all. Further, the 2018 Phillies, filled with promising young players, collapsed in September and fell out of playoff contention, a grim reminder of how the Phillies blew the pennant in 1964. Oh, the hurt is so good.

But as the NHL season unfolds, fans of the Toronto Maple Leafs weep and moan, as only those in love forever do. Although their team’s 13 Stanley Cups are second only to Montreal’s 24, Toronto last won the Cup in 1967. That’s a long time for a proud franchise in a country where hockey is the national sport, eh?

Still, in October, fans of major league team sports and big-time college football should jump for joy. This month, everybody plays for real and for keeps.

And at the HBCU football games, the marching bands, cheerleaders, majorettes and drum majors will continue to show the world how to win with style, no matter what the numbers say on the scoreboards.