For the NFL, issues have to outweigh the optics this time around

The reason the NFL keeps winding up in the middle of the police brutality debate is because both professional football and violence are woven into America. You could actually make a case that professional football is so quintessentially American specifically because it is so violent. The nexus of football and violence also reminds us of the limits historically placed on African Americans, that their prominence rarely accompanies power, that for all the attention given to black players in the NFL and their outspokenness about police brutality, they were unable to do much about it on their own. It is a dynamic as old as America itself.

As a way to quantify the prominence, consider this: Black players scored 80% of the touchdowns in the NFL last season. Not to diminish the importance of blocking, tackling, special teams play, film study, playcalling or any of the other components of winning football games, but ultimately what matters to us are touchdowns. Black people, in overwhelming numbers, produce the thing we care about the most in the sport we care about the most.

“Touchdowns equal happiness,” John Madden once said as the cameras showed jubilant fans reacting to a touchdown. The equation is unbalanced. For all of the happiness produced by black players, there should be an expectation to not only pay their salaries but to pay attention to their concerns, hopes and fears. That didn’t happen in 2016 when then-San Francisco 49ers quarterback Colin Kaepernick started a wave of players kneeling during the national anthem to protest inequality and injustice.

The NFL’s response was not to dedicate all of its considerable resources to eradicating the problems, it was to take the minimum action required to stop players from kneeling and mute the criticism from Donald Trump and his supporters.

In 2020, the debates started in the streets, not the stadiums. Yet inevitably the NFL was reengaged. Some opted in, some were dragged in. There were the inevitable callbacks to Kaepernick, and social media back-and-forths that involved some of the sport’s most prominent figures, from Kansas City Chiefs quarterback Patrick Mahomes to NFL commissioner Roger Goodell. Fair game. If it is America’s sport, then it must weigh in on America’s original sin. Only this time, the rules of engagement have changed. 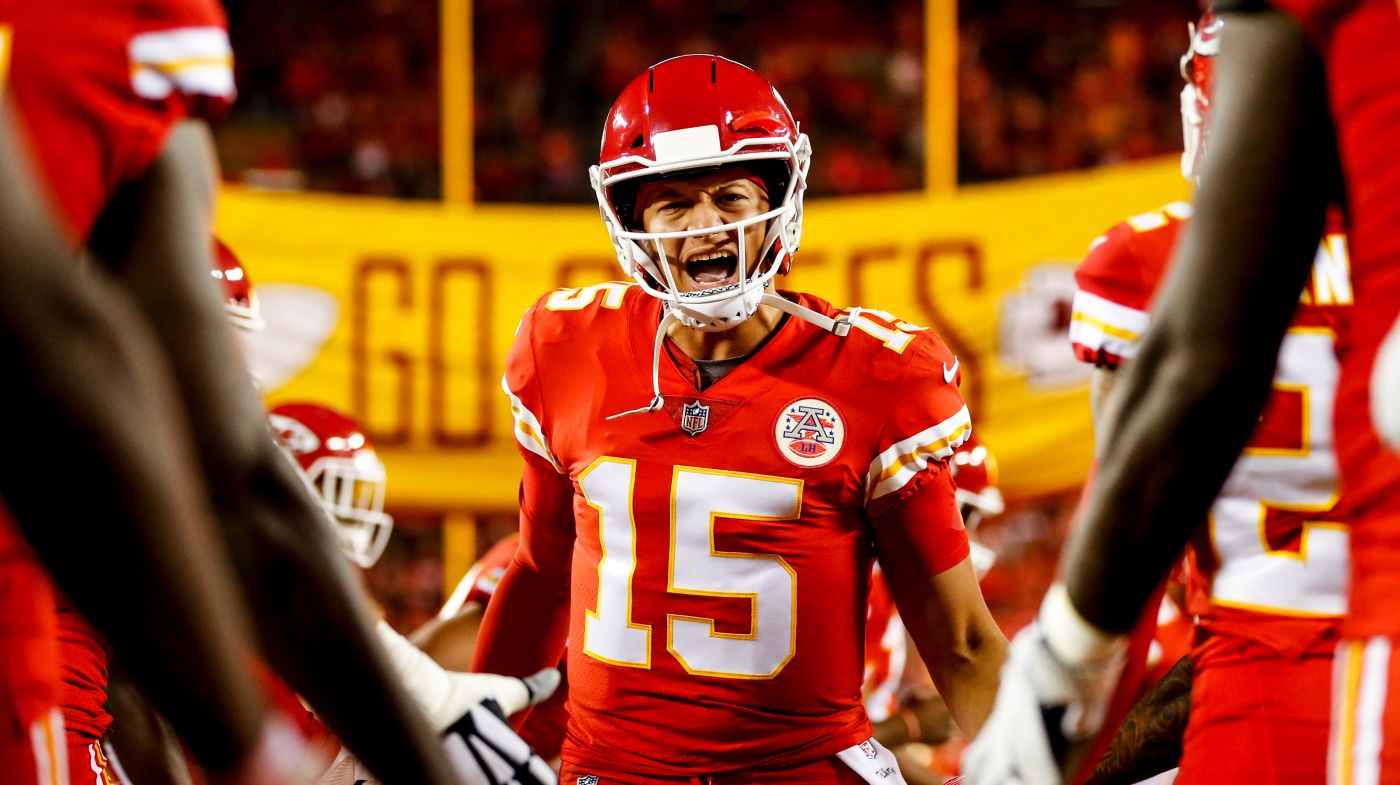 This time the focus will have to be on the issues and not the optics. New Orleans Saints quarterback Drew Brees learned that the hard way when he tried to resurrect the tired 2016 talking points of disrespecting the flag and the military. After he was checked by everyone from his teammates to LeBron James, Brees changed his stance and even clapped back at President Trump when Trump tried to persuade Brees to keep the sanctity of the flag above all else.

Why is it different this time around? Coronavirus, for one thing. With the widespread quarantining to reduce the spread of the virus, the economy went from thriving to barely functional, and all of a sudden black people weren’t just prominent, they were deemed essential. Black people stocked the grocery shelves. They drove the buses. They tended to sick people at the hospitals. Sustenance, mobility and even life itself depended on black people.

As a result, African Americans are more centralized than at any previous time in my nearly 50 years on this planet. The issues, needs, concerns, hopes and feelings of black people have their turn at the mic, and marchers around the world are showing their support.

Coronavirus even changed the significance of the NFL draft. Instead of a carefully staged production from a central location, with occasional cutaways to the teams’ “war rooms,” this year’s socially distanced draft took us into the individual players’ homes. It went from an auctionlike selection of athletes to a celebration of families, most of them African American. We saw the draft picks as sons, brothers, nephews and cousins, not players.

That the No. 1 pick in the draft — Joe Burrow, a white quarterback — was quick to add his voice to the rising chorus showed that black players would not be alone this time.

The black community needs our help. They have been unheard for far too long. Open your ears, listen, and speak. This isn’t politics. This is human rights.

“The black community needs our help,” Burrow tweeted on May 29. “They have been unheard for far too long. Open your ears, listen, and speak. This isn’t politics. This is human rights.”

There are more white allies than in the protests of recent years. There are more people spreading words and images faster due to social media. And still, the impetus for this movement came from the violent act of the killing of George Floyd, thrusting police brutality to the forefront. That’s because violence is what America recognizes. It is the common language spoken by all. Many of our most beloved films, from The Godfather to Star Wars, feature violence as an essential element. And large men hitting each other at high speeds is one of the draws of football. It taps into the essence of America.

The nation might have been “conceived in liberty,” as Abraham Lincoln said in the Gettysburg Address, but the delivery of the baby consisted of an act of vandalism (the Boston Tea Party) followed by an armed insurrection.

The abolition of slavery came with the cost of a civil war that claimed 620,000 lives.

It’s impossible to quantify all of the damage inflicted by the attempts to maintain white supremacy in the time since the Emancipation Proclamation and the 14th Amendment sought to establish racial equality. Let’s consider this one example: When James Meredith attempted to enroll at the University of Mississippi, the backlash led to riots that killed two people. Two men died because one black man sought a college education at a white institution.

Actually, there might be a way to quantify the lasting effects of systemic racism. According to the National Center for Health Statistics, using data through 2017, the average life expectancy for a white male is 76.4 years and the average life expectancy for a black male is 71.9 years. That’s a difference of 4.5 years — longer than the span of an undergraduate college education, or an Olympic cycle or a presidential term. That’s the cost of being born black in this country. That’s the starkest measure of inequality. Four-and-a-half years of life itself.

There is a bevy of factors that go into that discrepancy, including differences in income and educational opportunities, and lack of access to nutritious food and good medical care. Killings at the hands of the police are but one, very small component. Even though black people are three times more likely than white people to be killed by police, the total number of black people fatally shot by police in 2019 was 249, according to The Washington Post’s police shooting database. (Note the database only tracks fatal shootings, not death by other means; George Floyd would not have been included.) That’s less than one one-thousandth of the black deaths in a typical year.

So why focus the protests on such a small aspect of this life expectancy gap? Maybe because it’s the easiest to remedy. The solution is as simple as the three words found on signs carried by many protesters during the past week: Stop killing us. It’s a policy shift that every police officer has the power to enforce without legislative changes.

But since police officers have been unwilling to change on their own (and sometimes resist any suggestion that they need to change, as when police unions were outraged when Beyoncé showed a spray-painted wall that read “Stop shooting us” in the “Formation” video) then it’s clear change must come from above. There are already pledges by the Minneapolis City Council to restart their police department from scratch, and congressional Democrats are working on a police reform bill.

The NFL could weigh in by making a city’s or state’s commitment to equality a prerequisite for hosting Super Bowls, the way it did in 1990 under commissioner Paul Tagliabue when it pulled the 1993 Super Bowl from Arizona because of the state’s refusal to make Martin Luther King Jr. Day an official holiday. Police brutality should be an easier, higher-profile target to tackle than, say, health care. Besides, having failed to fully address football’s role in the long-term brain damage to its players, the NFL lacks the moral authority to weigh in on health care.

Engaging and leading the conversation on the topic of violence, well, that seems like the appropriate domain for America’s sport.