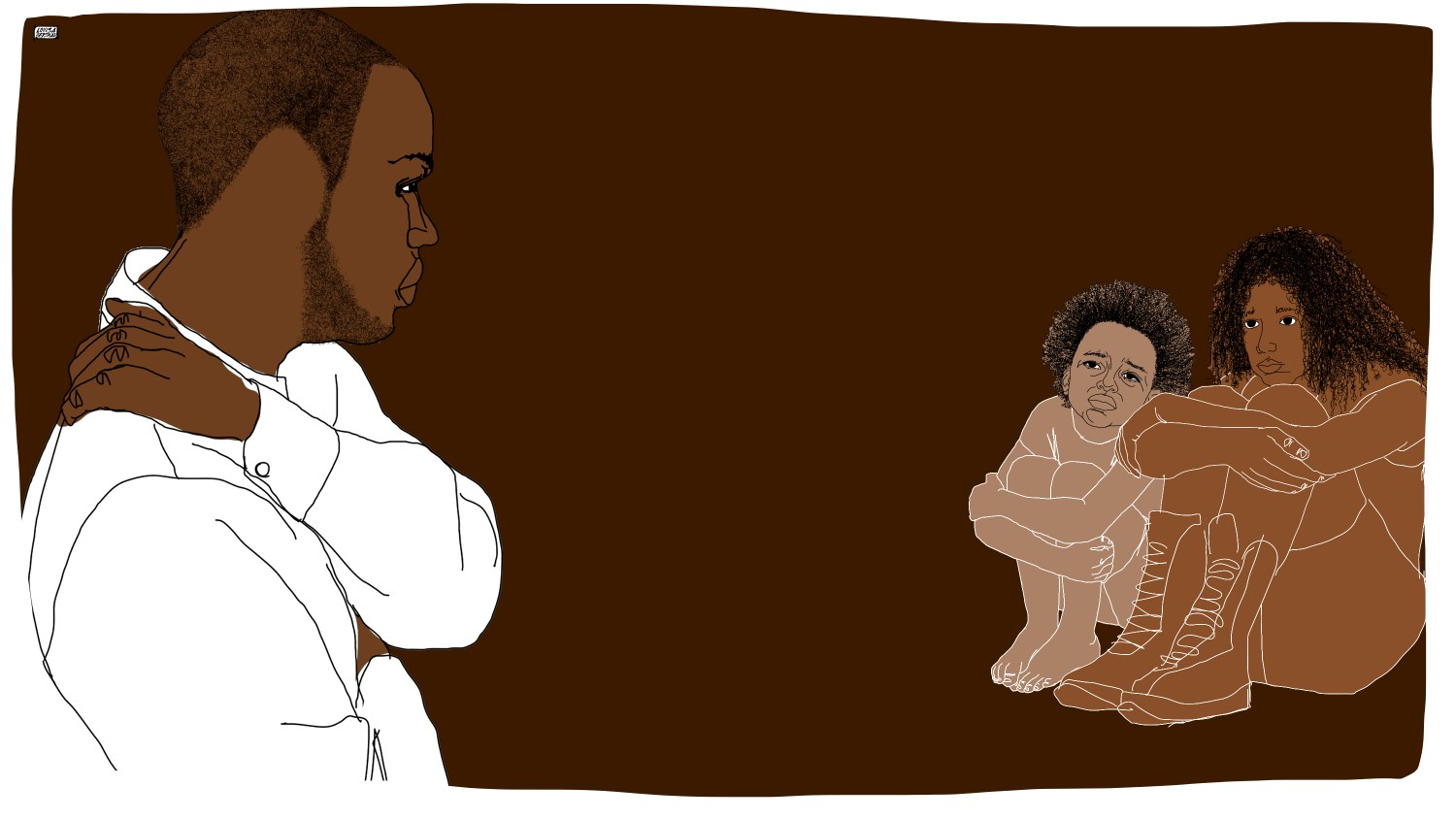 For the sake of black fatherhood, stop the war on drugs

“Your father WAS a good man, Nique. He always looked out for folks.”

“Boy, Ralph could run. You run just like him. He WAS a legend.”

“You Ralph son? He HAD a brain on him. Smart. Sorry to see that happened to him.”

Growing up in Toledo, Ohio, and playing sports made these common sayings that were spoken to me. My father, Ralph Warren, was a present memory in my life but a very distant one to friends and admirers. Hearing this, you might assume my father was deceased — maybe an accident, a bullet or maybe bad luck happening to a man many had fond memories of. That wasn’t the case at all. My father was alive and well living in Indiana, then Kentucky, then Illinois in a jail cell, sentenced to life in prison for a nonviolent drug offense. He wasn’t deceased, but his sentence would ensure that he would never see freedom. He would die in jail. DIE IN JAIL.

That had always hung over me with great pain, fear and anger. I would not be able to see my father grow old nor pass away in the comforts of his home because he would be in a federal prison cell. That is why on Jan. 17, 2017 — when President Barack Obama, mere days before his term was up, commuted my father’s sentence for drug trafficking and firearm charges after 27 years — I cried for hours knowing that I would know my father as a free man.

On Feb. 8, my father arrived back at the Greyhound bus station in Toledo, Ohio, where dozens of family members, including my mom and sibling, and a host of friends welcomed him back. I introduced him for the very first time to my daughter, Lois Marie. Since his release, he has edited and re-released his novel Target, begun working at a local auto supplier plant and, most importantly, spoken to recovering drug abusers and young men who have come into contact with the prison system. Together, my father and I are advocating for reduced sentencing and more funding for re-entry programs to local and federal legislators. Our lives have been affected by this “War on Drugs,” and we are on a mission to ensure it won’t reintensify.

Between 1970 and 2005, America’s prison and jail population ballooned from 300,000 to more than 2 million. America’s “War on Drugs” began under former President Richard Nixon in 1971 as a response to the increase in recreational drug use and abuse in the 1960s. Initial appropriations were geared to clinical and drug abuse prevention efforts, increased funding for prisons, directives for harsher sentences and aggressive law enforcement geared at drug cartels. It escalated under President Reagan, with the creation of mandatory minimum prison sentences in 1986 after an influx of crack cocaine in American cities targeted black and brown communities.

The American presidency from 1970 to 2005 focused on “Law and Order” to combat drug trafficking and violence, resulting in 1 in 9 black children currently having an incarcerated parent. Ninety-two percent of parents in prison are fathers, and an overwhelming proportion of these fathers are black.

Attorney General Eric Holder established the Smart on Crime initiative in 2014 to reduce mandatory minimum sentencing and push more funding to programs that decrease prison recidivism. Researchers from the Pew Charitable Trust agree that federal mandatory minimums don’t deter crime or reduce the number of people who return to jail. Directing prosecutors not to seek mandatory minimums for low-level and nonviolent offenses, the Obama administration’s commutation and pardon policies allowed thousands to be freed and reunited with families and society. Unfortunately, these policies came to an end with the presidential election of Donald Trump and appointment of Jeff Sessions as attorney general.

In May, Sessions directed federal prosecutors to seek the harshest indictments for drug offenses and reinstated mandated federal minimums for all charges, which includes the “three strikes” provision when disclosing to judges all facts pertaining to sentencing. This reversal of policy is not just a setback for best practices in federal prosecutions and has widespread opposition by both political parties, but it is also a setback for black fathers and their children.

Current policies for the Justice Department directed by Sessions empower prosecutors to use the full power of the federal government to enact harsh sentences for low-level and nonviolent crimes and keep the current prison population, the world’s largest, growing. We know that federal sentencing grossly prosecutes a high proportion of black males, leaving their children fatherless, without dual incomes and suffering from extreme trauma. There are no winners in this scenario, only losers. The appearance of being tough on crime from the DOJ will not reduce crime, but it will ensure millions of fatherless children who will be at risk of committing crimes themselves.

If 21st-century federal sentencing policies mirror the past 30 years of “Law and Order” mandates, we will continue to see our prison population rise and spend much-needed funding on housing prisoners instead of investing in communities, families and children. The annual cost of housing a prisoner outstrips the cost of tuition in states such as California, costing more than $75,000. Frederick Douglass in the 19th century said, “It’s easier to build strong children than broken men.” As prison and education costs rise, we as a nation have to make a choice of where our priorities lie. If we believe that families matter and children need fathers, mandatory minimums that target black men must be a policy of the past. We need to reinstate the commutation policy of the last administration so that imprisoned citizens are reinstated back to their communities.

This is the first Father’s Day I will spend with my dad in 27 years. I won’t take it for granted, because I know that many children won’t be able to celebrate it with their fathers.

They were, like me, waiting and waiting for that dream of seeing their fathers on this side of freedom. I am also vigilant for black fathers who will be targeted by the Trump administration’s arcane policies that invoke echoes of the past and have destroyed communities and families of color in the name of “Law and Order.”

On this Father’s Day, celebrate black fatherhood and work to protect it at all costs. I plan to strap my daughter into her stroller, put on my best running shoes and run just like my father, next to my father.

Dominique Warren is a football coach, policy wonk and social justice advocate focusing on education, criminal justice and spends his free time trying to be the best dad to his daughter Lois Marie.