George Raveling: ‘We’re still bribing players but we’re not bribing them to throw a game’

George Raveling was 15 years old when point-shaving in college basketball reached its zenith. In all, 32 players and seven programs were implicated. Two powerhouses of the era, City College of New York and New York University, would fall from relevance, and college basketball suffered a crisis of credibility.

In September, the FBI announced a sweeping corruption investigation that implicated college coaches, financial advisers and a representative of a major sportswear company. One brand-name head coach, Rick Pitino of Louisville, was fired. There might be more.

The sneaker scandal is this generation’s point-shaving scandal. Raveling, 80, said that as basketball has become a multibillion-dollar industry, only the form of corruption has changed.

“Bribery comes in many forms,” he said. “We’re bribing players today. It’s just more sophisticated. Where the difference between the two is, is in the intent. The intent at that time was to strike the blow directly to the heart of the process, which is the game. Now the intent is different. We’re still bribing players, but we’re not bribing them to throw a game.”

The bribes have expanded beyond bribing a talented player to go to a particular school. “It’s to have them commit to a particular enterprise, a footwear company,” Raveling said. “Commit to representation or an agent. These kids today have so many distractions. In most cases, the biggest distractions they have, other than technology, are adults.”

Some adults’ intent is to use perceived top-level players as leverage and bargaining chits often to achieve an unethical, immoral or, in some cases, illegal end.

Raveling argues that focusing the scandal simply on shoe companies is to miss the larger culprits: agents, runners “and all these make-believe people who walk into children’s lives for the first time, based on their skills and talents. We can’t absolve them and say it’s all about the shoe company. We miss a huge factor.”

“If you narrow it down to just the shoe companies, you absolve a whole host of people,” he said. The only difference is they’re not a corporate structure. Who regulates the supply side of the industry?

These outside others and “make-believe people,” as Raveling calls them, are unregulated entities that lie beyond the reach of NCAA rules and regulations. They have been allowed to grow like weeds in the NCAA’s backyard.

“What’s happened is that none of the governing bodies have oversight for the summer,” Raveling said, referring to the thicket of characters who make up the supply side of the basketball industry.

The NCAA can regulate college coaches. But as long as the agents and runners do not violate municipal, state or federal laws, “they can do whatever they want to do,” Raveling said. “There’s no one who regulates that space, and it’s been that way from time immemorial.”

The responsibility for regulating the multitude of entities that operate in this space falls on the shoulders of the very people who benefit from the lack of oversight: coaches.

The sneaker scandal may push the profession in the direction of self-policing and self-governance. “At the end of the day, federal investigation will force self-regulation,” Raveling said.

Raveling is a product of the 1950s and 1960s, when the NBA was still in its relative infancy, dwarfed by major league baseball and college and professional football. “Athletics was an extracurricular activity when I went to school,” Raveling said.

“It’s not comparable. In those days, you were a student-athlete. When I went to Villanova, they felt you went there to get an education and basketball was going to offset the financial costs of doing it. I can’t think of one person I played with or against whose dream was to play in the NBA. We’re not comparing apples with apples. Today, it’s a totally different world.”

The industry continues to evolve. It is more sophisticated than the generation that preceded Raveling and escalated during Raveling’s career as a player, as a coach and now as an executive with Nike.

“Once the apparel companies got involved in the commercialization of the game, the business factor has had a compelling impact,” he said.

“Basketball got stabbed in the heart, but it recovered,” he said, referring to the point-shaving scandals. “I think the game will recover from this. It’s a different process now, but the two common denominators in both of these are the players and adults. You’ve got adults negatively influencing the behavior of young people.”

Parents are also reconsidering their roles in the business. Some parents began to figure out that they did not need the summer league coaches and high school coach. They could run the recruiting gantlet themselves and make deals directly with schools and shoe companies.

“But now with the federal government becoming involved, parents have become apprehensive about cutting those deals,” Raveling said.

HBO’s ‘The Scheme’ feels like a commercial for Christian Dawkins, and not much else Read now 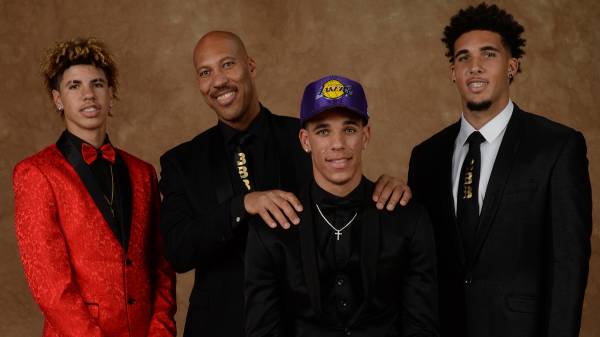 If the sneaker scandal was not a wake-up call, at the very least, it was a warning.

“I think there will be some good that will come out of it,” Raveling said. “How sustainable that good is, I’m not ready to say. At least temporarily, it’s going to force everybody to check their hole card.”

Not every parent is in the business of selling a child to the system. Most are not. A number of parents and young athletes see the system for what it is and have defined a clear, pragmatic way of using it to get themselves great education and access to the American dream.