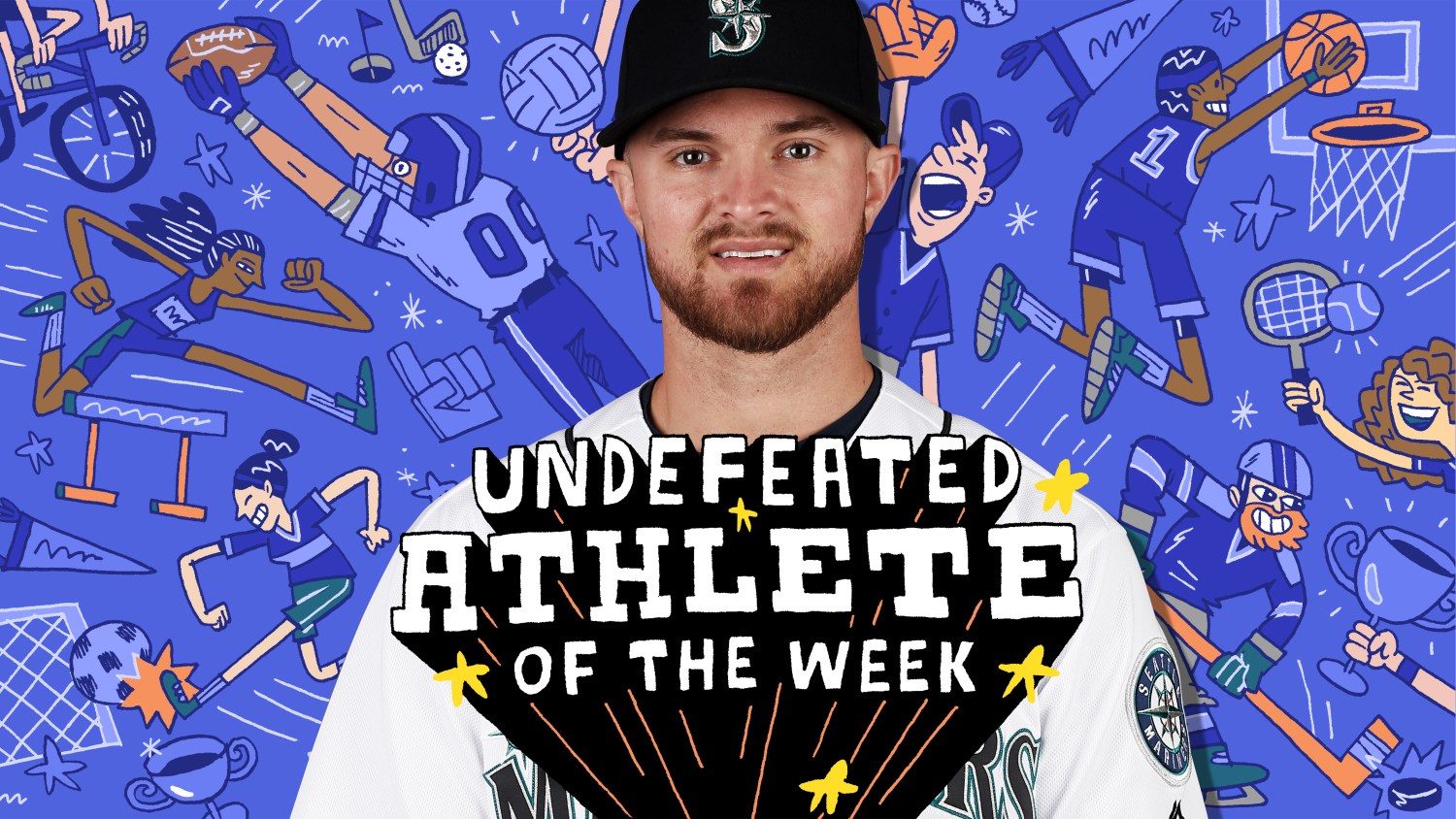 Mike Marjama dreamed of going to medical school, but athletics — baseball was his main sport, with wrestling a distant second — got in the way.

Marjama comes from a family of teachers and nurturers. His father, Greg, is a high school science teacher, and his mother, Kim, is a nurse practitioner specializing in adolescent health. So it’s no wonder Marjama, who earned a communications degree from Long Beach State, had a bit of an obsession with the human body.

How could he not? His own body has been through it, and the recently retired catcher for the Seattle Mariners will tell you that most of his health challenges and setbacks were self-inflicted, starting as early as 12 years old, when his battle with disordered eating first surfaced.

With the push and pull of adolescence making him believe he had to look a certain way — a six-pack to attract girls, plus the need to make weight for wrestling — Marjama obsessed about his body image, sending him on a destructive and near-fatal course.

Even though the native of Roseville, California, ended up achieving his goal of making the big leagues after toiling on the minor league circuit for seven years before finally landing his dream job as a catcher for the Mariners, Marjama decided to call it quits in early July after playing in only 15 games from 2017-18.

To some, Marjama’s decision seemed rushed, especially when you consider the sacrifice to get there. But to those who know his story — he developed anorexia and bulimia for five years before undergoing inpatient treatment — it’s been a long time coming.

“There’s been a plethora of issues that led to me to this point,” said Marjama, who was selected in the 23rd round of the 2011 MLB draft and got called up to the majors by the Mariners in September 2017. “Two years ago [in 2016], I ended up having a pulmonary embolism … and I had surgery in the offseason. I ended up having a blood clot, waking up in the middle of the night, almost passing out, can’t breathe, doctors telling me that I had a blood condition called Factor V Leiden, which would put me on blood thinners for the rest of my life. And, you know, other factors that went into it, including a concussion, sprained a muscle in my back. With the culmination of the injuries, and things that have probably been brought on by my own doing from my eating disorder, all factored in the decision.”

For 29-year-old Marjama, who first went public in March with his story in a mini-documentary on Uninterrupted, his baseball career is mission accomplished. The next chapter is what matters.

“Really, the injuries forced me to think of what I really want to do with my life, and I started evaluating,” said Marjama, who took some time to reflect with his parents and siblings, renting a house for most of July in Southern California, a tradition he’s missed out on in recent years because of baseball.

He’s already started his new job (really his new calling) as an ambassador for the National Eating Disorders Association, a role for which he believes he is the ultimate Exhibit A. “The biggest thing, in this role, is [advocating for] early detection and intervention,” he said of the volunteer, non-paying role.

“By playing in the big leagues you are graced with a platform, and I truly believe I’ve been blessed with that. And now I believe it’s my responsibility and really my privilege and honor to be able to give a voice to people who may not have the courage to do it themselves,” said Marjama, this week’s Undefeated Athlete of the Week for having the courage to speak about eating disorders, generally thought of as illnesses for women, and for having the bravery to put his story out there.

“I truly feel that’s my responsibility, and I love it. I’m fully embracing it and try to run with it as best as I can.”

Asked whether he experienced any regret, even embarrassment, with the way his career turned out, Marjama paused before responding.

“That’s a great question … not a lot of people have asked that. I know we live in an age where … maybe it starts in childhood and someone might say, ‘You’re too this,’ or maybe it starts with your parents, ‘You’re too that,’ and then you try to be socially accepted in a way. I’m just happy that I finally opened up, because what I’ve started seeing through social media is that there are many women and so many men who have said, ‘I’ve never had the courage to say anything’ or ‘I’ve hid this for 30, 40, 50 years.’ I love hearing from people, because we get to be open and honest.”

As for the future, Marjama is content with his evolving story, taking it one play at a time, a process he understands thanks to his baseball career.