Frank Lucas and his Blue Magic have passed beyond, but Jay-Z is now hip-hop’s first billionaire

Jay-Z is officially hip-hop’s first billionaire (sorry, Dr. Dre). The news hit the web like a surprise album release this week, with fans saluting the game’s most high-profile icon for doing exactly what he said he was going to do way back in the mid-1990s. Jay-Z has always been an unapologetic capitalist, the product of a “C.R.E.A.M.”-driven crack game that sparked him, the grind that hip-hop of the same era demanded and his own blatant ambitions. All things considered, it’s as fitting as it is expected.

Part of why Jay-Z appealed to so many as the ’90s came to a close was because he seemed fixated on winning. On the heels of the Ready To Die morbidity of the mid-1990s, Jay-Z arrived at a time when a generation was no longer enamored with musical martyrdom after the very real deaths of 2Pac and The Notorious B.I.G., and he made clear that money wasn’t something he was ashamed to flaunt. And unlike Puffy at his shiny-suited peak, Jay-Z had the artistic clout to inject pathos and realism into his Robin Leach raps. Even before he had a platinum album, Jay-Z rapped like he was richer than your favorite rapper — hip-hop’s greatest example of self-actualization. And Jay-Z let you know that his hunger came from when he was hustling in the Marcy Projects, serving whoever would buy — including his own mother. Now he sells Champagne Armand de Brignac, having acquired the brand in 2014 after famously dismissing Cristal when that champagne company’s managing director implied that its association with rappers was detrimental. Jay-Z’s rise has always been remarkable because of his beginning, but it has also always echoed so much about that beginning.

Former drug kingpin Frank Lucas infamously rose to power as a powerful heroin dealer in Harlem in the 1960s and ’70s. He’d worked under famed Harlem gangster Ellsworth “Bumpy” Johnson, and upon assuming control after Johnson’s 1968 death, the North Carolina-raised Lucas decided to take over heroin in Harlem by cutting out the Mafia bosses most black dealers typically had to go through for product. With an international connection, Lucas bragged about buying his product directly from Southeast Asia and smuggling the drugs back to the U.S. using the coffins of dead servicemen during the Vietnam War. His product, which he’d branded “Blue Magic,” became popular on the street for its purity and made Lucas a lord of the trade. In 1975, he was captured by police and sentenced to seven decades in prison; Lucas was subsequently released after only five years upon becoming a government informant. He was rearrested in the 1980s for drug-dealing and served another seven years in prison. In 2007, when learning of Ridley Scott’s upcoming Denzel Washington-led film about Lucas’ life, American Gangster, Jay-Z offered to record a soundtrack. When Scott declined, Jay-Z recorded his own concept album based on how Lucas’ life mirrored Jay-Z’s own experiences as both hustler and rapper.

Federal judge Sterling Johnson once called Lucas’ operation “one of the most outrageous international dope-smuggling gangs ever, an innovator who got his own connections outside the U.S. and then sold the narcotics himself in the street.” At his peak, Lucas was supplying the Mafia and Mexican drug lords along with Harlem dealers, and there are rumors that his operation was raking in tens of millions a day. “I wanted to be rich. I wanted to be Donald Trump rich,” Lucas said on BET’s docuseries also titled American Gangster. “And so help me God, I made it.” He didn’t just become rich, he eventually became the kind of notorious American outlaw this society had lionized for generations.

Lucas died May 30 at age 88 of what his nephew described to the media as natural causes. According to TMZ, Lucas was “being transported to a hospital for an unknown health issue and died on the way.” The man became one of the most notorious figures in contemporary American crime, eventually eclipsing contemporaries such as Nicky Barnes and predecessors like Johnson to become an icon of black American outlaws. Given the harrowing trajectory of Lucas’ life — he was born in North Carolina and claimed he left the state after seeing the Ku Klux Klan murder his cousin as a youth — it’s somewhat complicated how to eulogize him. But Jay-Z related to that conflict as much as he did Lucas’ conquest, and a whole generation relates to Jay-Z for the same reasons. For those who grew up with Tony Montana, Nino Brown and Clipse albums, drug dealers aren’t necessarily the easy villains they’d come to be rendered as during the height of “Just Say No.” But drugs devastated the black community in ways that forever changed it, and even while understanding how and why that was bigger than the guys in the neighborhood hustling, one shouldn’t downplay the role those at the proverbial top played in exploiting their neighbors on the bottom. Lucas’ legacy has been immortalized in film and song; our relationship with that legacy is complicated. And just as Jay-Z’s origins connect with the complexity of the drug trade’s legacy, his enduring success will always be tied to the duality of capitalist ambition. 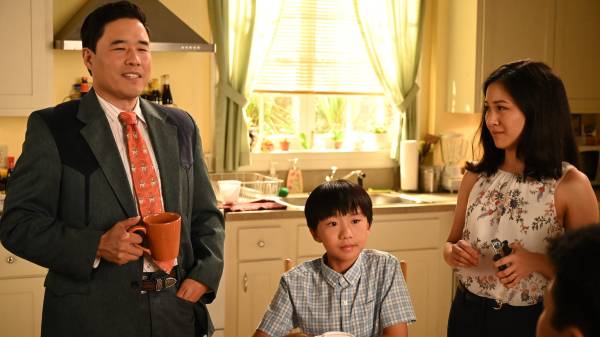 Why ‘Fresh Off the Boat’ was a game-changer Read now

A generation that had grown up idolizing outlaws of the American West (via spaghetti westerns and romanticizing of Billy the Kid and Jesse James) had also been seduced by the more contemporary Great American Criminal as personified by both fictional characters such as Vito Corleone and real-life figures such as John Gotti. In a culture that has always embraced the humanization of so many of the most dastardly of white men, a black crime lord who’d made millions peddling dope to his community was still often regarded as the worst kind of scum. But those generations also idolized the captains of industry who exploited and profited from others on the way to building names such as Rockefeller and Carnegie and canonizing fictional tycoons such as J.R. Ewing and Gordon Gekko. And in a world where Che Guevara got silk-screened onto T-shirts sold in suburban shopping malls and Spike Lee gets paid to produce public service announcements for the New York Police Department, where as unrepentant a soulless capitalist as Donald Trump sits in the Oval Office, it’s interesting that so much of Jay-Z’s maneuvering is met with sanctimonious hand-wringing.

A double-edged sword of hip-hop is how it humanized the world that created so many drug dealers while also undeniably romanticizing the life with ballerific associations prevalent after the Mafioso rap trend of the mid- to late 1990s. Hip-hop has always celebrated the come-up because it was created by those who didn’t have. But luxury rap begged the question of whether the music was realistically aspirational or just gaudily excessive, waving brand names in people’s faces in a way that only encourages conspicuous consumption. And sometimes every win for a rapper isn’t necessarily a win for the communities that made them. Jay-Z helping to bring a corporate megastadium to Brooklyn, New York, was a power move (despite the slights against his ownership stake), but if it accelerated gentrification, I have to call a thing what it is.

Lucas’ death and Jay-Z’s reaching a new tax bracket happening within a few days of each other feels appropriate. In terms of Lucas, we can recognize black criminals for the complicated historical figures they are — as opposed to using the criminality to rob them of all nuance and humanity. There’s much to be criticized in pining for black criminals to be as culturally elevated as their white counterparts, to be sure, but Lucas was no more repugnant a stain on American culture than the Italian gangsters whose boot he’d fought to climb from under. His life should not be exactly celebrated, but his legacy should never be forgotten. And Jay-Z reaching a billi’ may not necessarily be the win for “the culture” we tend to champion these moments as, but it is affirmation that black entrepreneurs from the block can break through with enough ambition and fortitude. You only wish that the ‘hood didn’t still look like the ‘hood as the best ambassadors for it reach new heights. One man’s success can’t change all of that. That’s just reality. And that’s just capitalism.

Todd “Stereo” Williams is a writer, host and cultural commentator based in New York City (by way of Fort Valley, GA). He loves music, stirring the pot and Diff’rent Strokes references, and his work has appeared in Billboard, The Daily Beast and Genius. He's also a frequent guest on Sirius/XM's "Tell Me Everything" with John Fugelsang.