WALNUT CREEK, Calif. – Generation Z has a reputation for experiencing FOMO (fear of missing out). The teenagers playing for the G League Ignite certainly could be at risk of FOMO as they are missing out on playing for big colleges and enjoying the college life and a brighter spotlight.

But with an eye on the NBA, the young men of the Ignite collectively say there is no such issue among them.

“It’s been a good environment, learning every day and learning from the vets,” Ignite guard Jaden Hardy, 19, told The Undefeated. “Am I having FOMO about college? Not really. I’m a pro now. I approach the game different now. I’m here to work, get better every day and be the best version of myself.

“I’m not really focused on those guys in college. I’m playing against guys who have been in the NBA that are coming down to the G League and going back up. I’d rather watch the NBA because I’m going to be playing against them very soon.”

It’s all part of the plan for the Ignite, which is participating in this week’s G League Winter Showcase in Las Vegas, an eight-team tournament that runs through Wednesday and serves as an in-season scouting opportunity for NBA teams.

The NBA started the G League Ignite program on April 16, 2020, and the team debuted during the 2020-2021 season. The Ignite allows selected teenage stars to forgo college basketball and get paid during a season of developmental basketball and limited G League games in preparation for the NBA draft once eligible. These teenagers are likely paid in the range of $125,000 to $500,000, playing with veteran players and have a coaching staff and environment with NBA ties and direction. 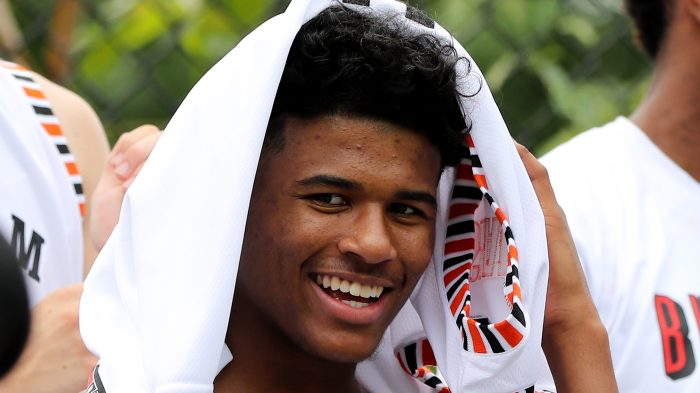 The 2020-21 G League Ignite roster was highlighted by its first major commitment in heralded guard Jalen Green, who was ranked as the No. 1 prep player by ESPN in the Class of 2020 and was given a salary of about $500,000. Other notable American teenage additions who also turned down going to college for the Ignite included forward Jonathan Kuminga, forward Isaiah Todd and guard Daishen Nix.

The Ignite games were often televised, but not in a grand scale like the games for heralded college freshman such as Cade Cunningham, Jalen Suggs and Evan Mobley. Moreover, due to the pandemic, the Ignite’s 17 games were played last season without fans in a bubble at Walt Disney World in Orlando, Florida.

“I talked to Isaiah Todd and J.K. [Kuminga] and they both said it was great and loved it although they were in the bubble the whole time,” Henderson said. “The skill development part and the basketball experience was great.”

Seeing the results for Green, Kuminga and Todd made the Ignite a more attractive option for the next class.

“I talked to Jalen and Kuminga before I came out here,” Hardy said. “They said they really enjoyed their experience. They told me to ‘just go out there and handle your business and do what you do. You already know you got the tools. Just work.’ ”

Said Ignite power forward Michael Foster Jr.: “Seeing them made my decision easier. I loved what they did with Kuminga and Todd. They’re my positions. And they went high as draft picks.” 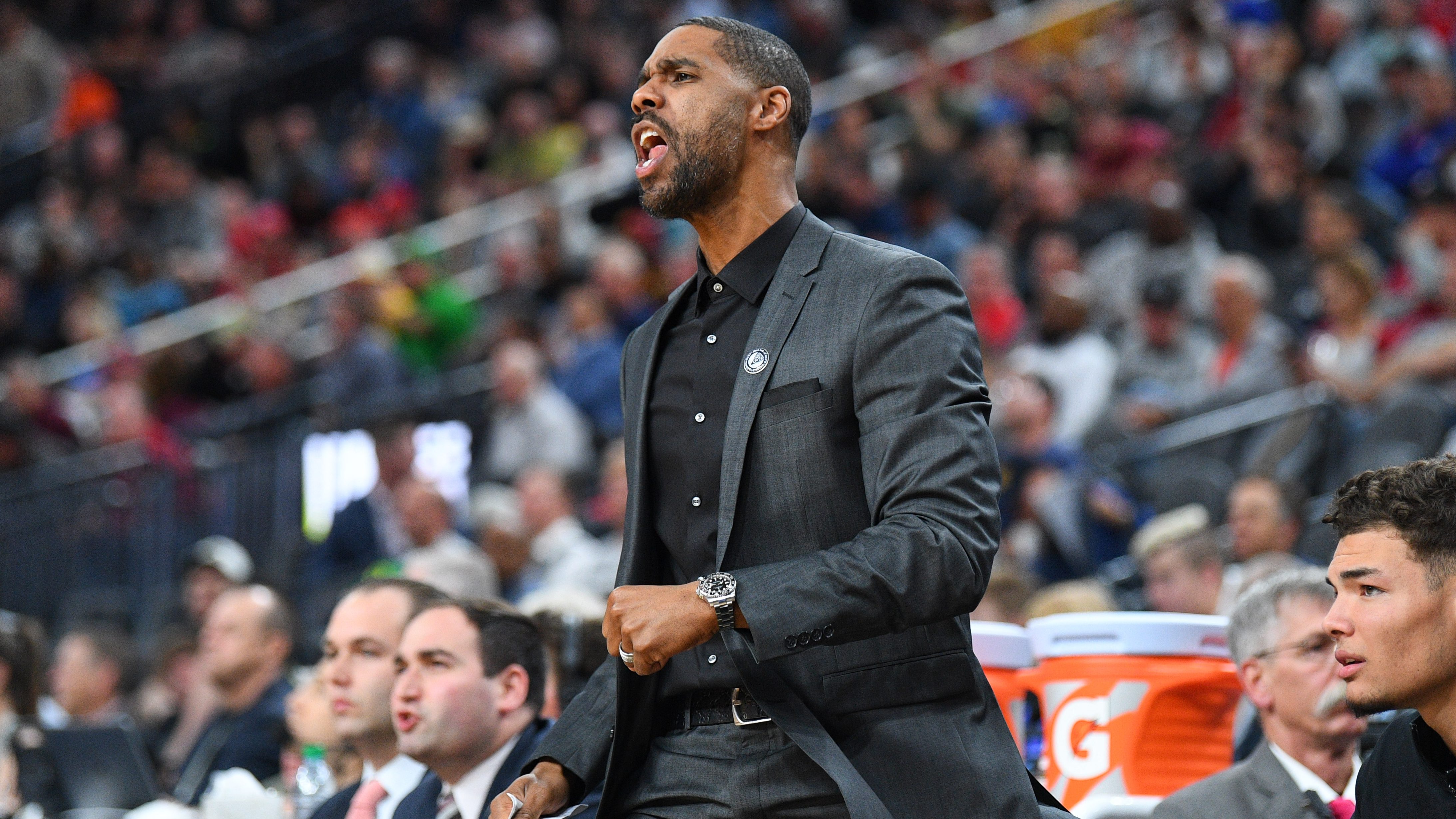 The Ignite arrived to training camp this time around with a new head coach in former NBA guard and USC assistant coach Jason Hart. Hart replaced former NBA head coach Brian Shaw, who took a job as an assistant coach with the LA Clippers. The Ignite returned to Walnut Creek as their home base, but their home games are being played in Las Vegas. The Ignite are also quietly recruiting future prospects and bringing them in for official visits just like colleges do.

The Ignite landed another elite class for its roster this season, too. Hardy, 19, was ranked second overall in ESPN 100’s Class of 2021 and projected Top 5 pick in the 2022 NBA draft. Foster, 18, was ranked ninth overall in ESPN’s 100 Class of 2021 and is a first-round prospect. NBA scouts have told The Undefeated that they have growing interest in the Ignite’s Australian guard Dyson Daniels, 18. China is also hoping to get its next NBA player in forward Fanbo Zeng, 18. Former NBA players also on the Ignite roster include Eugene “Pooh” Jeter, CJ Miles, Amir Johnson and Kostas Koufos.

“This route is the best development for me on and off the court,” Daniels said. “We have veterans that have already done their [NBA] careers and are here to help us. They talk us through what we need to be better at. There are really good coaches in place.”

Said Foster: “It’s been great. I’m getting better every day. I like the coaching. If anything, it’s a step forward. The practices. The [defensive] rotations. The plays. The physicalness. You need it.”

Perhaps the most intriguing of all the Ignite young stars is the 17-year-old Henderson, who is eligible for the 2023 NBA draft.

Henderson departed from his final two years of high school at Kell High School in Marietta, Georgia, to sign a $1 million deal with the Ignite. The five-star prospect was the first high school junior to commit to the Ignite and is the first player signed who is not NBA draft-eligible the next year.

Age has been nothing but a number for Henderson, who averaged 13.9 points, 5.3 rebounds and 3.8 assists in 23.8 minutes per contest this season. He added that Jeter, a former Sacramento Kings guard, has been a great mentor for him.

So does Henderson feel like he is missing out on going to high school, prom, homecoming, graduation, etc.?

“I feel like I moved past all that, honestly,” Henderson said. “I wasn’t into all that stuff. I have one goal. Everything else can wait. People that were going to prom are going to be there.”

Off the court, The Ignite also keep tabs on their young players as best as possible.

The Ignite players all live in a luxury apartment complex in Walnut Creek and stay at the same hotel when in Las Vegas or on other trips. Ignite security guard Dwight Pruitt, who previously worked with the Warriors, and operations manager Monique Stansell both live in the same Walnut Creek apartment complex. The entire team of players, coaches and other staff members keep in contact on a text chain. The players are able to hang out together and with family members and loved ones within the guidelines of the NBA’s COVID-19 protocols (fully vaccinated players don’t have to test regularly). 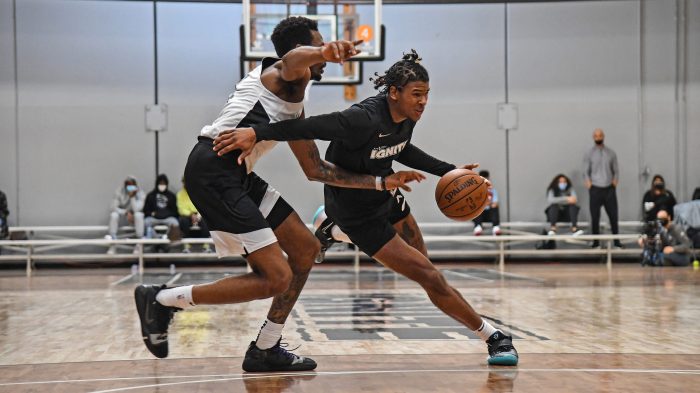 ‘The kid can flat-out play’: Jalen Green is ready to show his talent in the G LeagueRead now

“Off the court, we have every resource we need,” Daniels said. “We have nutritionists. We learn about our bodies. And all-round lifestyle information we learn with the G League.”

Said Hart: “We come here to the gym from 8 a.m. to 2 p.m. We are with them for the most part. They really can’t go a lot of places. We see them for dinner. We are with them 10-12 hours a day. The other time they don’t need to see the coaches. We know what they’re doing every day and their movements.”

During this week’s showcase in Las Vegas, there will be NBA team presidents, general managers and scouts there to watch every game. Hart will make a point to start four young players and one veteran to ensure the young players get seen, which potentially raises their draft profile and stock.

So with their eyes on the NBA prize and the learning and playing environment, it makes sense as to why these Ignite youngsters do not have any regrets.

“I love the experience,” Daniels said. “Every game it gets better and better. I’m learning a lot from my teammates and coaches. Every game I’m seeing development …

Said Foster: “I took the G League because I felt I needed to be a step ahead of everybody else.”