Former NBA great Gary Payton is returning to basketball. The Hall of Fame point guard told The Undefeated he has agreed to a multiyear deal to become the new head basketball coach at Lincoln University back in his hometown of Oakland, California.

“It’s a startup program and a private independent school where I can establish what I want to establish,” Payton told The Undefeated. “I don’t have to go behind anybody to try to make a program become something or keep it going. I can start it off with my own program with what I want to happen.

“And the reason I took it is because it’s in Oakland, California.”

Located in downtown Oakland, Lincoln University is known for its business school and is starting a sports program next school year. Payton hopes to schedule primarily Division I schools and eventually build his program into a full-fledged Division I program.

“Everybody knows we losing all kinds of sports here,” Payton said. “We lost the [Las Vegas] Raiders, the [Oakland] A’s want to leave because we’re not giving them an arena. The [Golden State] Warriors have left. So, we need something to spunk these people, these fans, back up. And especially a guy like myself coming from Oakland, California, and what I’ve done in my career, I think a lot of people would be really, really excited about it.” 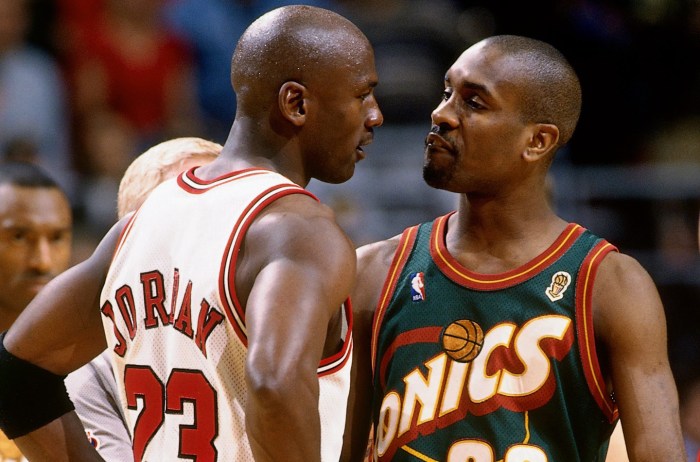 Widely considered one of the greatest defenders in NBA history, “The Glove” was a nine-time NBA All-Star, a nine-time All-NBA selection and 1995 Defensive Player of the Year. He is also the Seattle SuperSonics’ all-time leader in points, assists and steals, and won a championship with the Miami Heat in 2006.

Payton’s only coaching experience is with the Big3, where he plans to fulfill his obligation to coach during the 3-on-3 league’s 2021 season.

For Lincoln University, adding an NBA legend like Payton brings instant attention to a little-known school. A source said a major television network is considering following Payton with the Oaklanders.

So what does Payton want his Lincoln University team to look like?

Lincoln University athletic director and head football coach Desmond Gumbs said he began talking to Payton about the basketball opening last November. He added that two Division I schools, including one from the Pac-12 Conference, are already planned for the men’s basketball schedule this coming season.

“It’s exciting times to be a part of Lincoln and then starting the athletic program,” Gumbs said. “And now we have Gary on board. And it’s a great, great time for Oakland.”

Payton is already recruiting nationally, leaning on his contacts from Seattle and Los Angeles, but he expects to focus on recruiting in Oakland and the San Francisco Bay Area.

“I have to recruit everywhere, but the West Coast is probably going to be my main hub.”