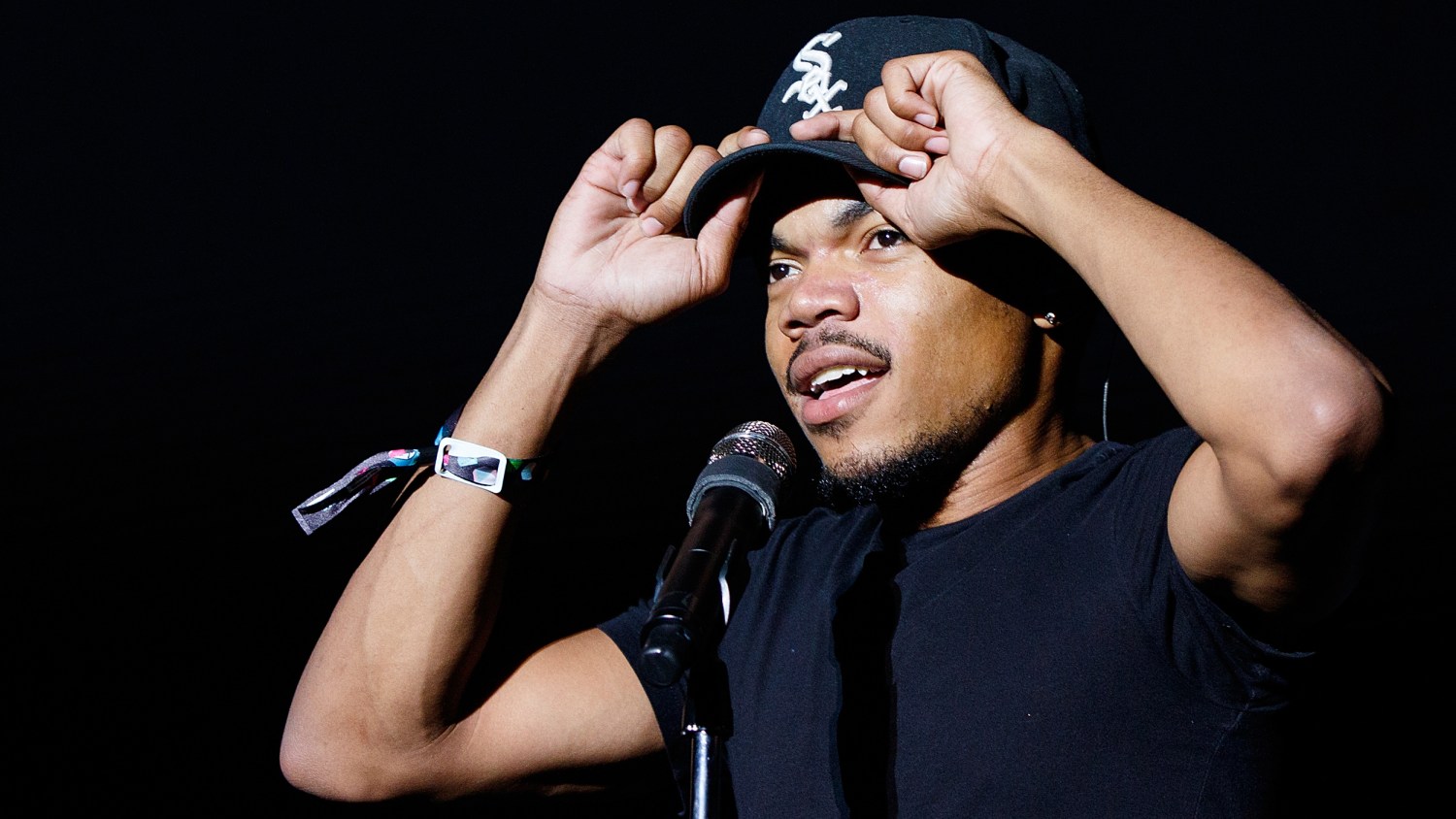 Get fitted: 28 ways the hip-hop generation made baseball’s classic cap a cultural phenomenon

Hat to the back (or front) by musical icons such as Eazy-E, Aaliyah, Jay Z and Ice Cube made the fitted fit into popular culture

The hat is a modern-day crown. The right hat makes royalty of the modern-day ’round the way guy and girl. Think about it for a second. The perfect cap can set off an entire outfit. It can very well be the only redeemable item of your freshman-year wardrobe. There’s a sense of pride that comes with rocking a clean hat, whether it be the current wave of Bryson Tiller caps, or snapbacks. But truth is truth: No hat will ever come close to eclipsing the iconic status of fitted caps — in particular the baseball fitted.

Every trend has a starting point. Baseball historians credit Blue Bloods (CBS, 2010-present) and Magnum, P.I. (CBS, 1980-88) star Tom Selleck with kick-starting the wave. He zipped around Oahu, Hawaii, wearing the cap of his beloved Detroit Tigers during the Magnum years. Another fitted fact you might not be aware of: Founded in the 1920s, boss cap company New Era is actually older than McDonald’s, Johnson Publishing Co. and the NBA. And by 1978, when New Era placed an ad for its merchandise in The Sporting News, it wasn’t just baseball fans who were infatuated with the gear.

“We had to shut [the 1978 mail order] down; there were too many orders coming in. These weren’t people who went to games,” New Era company historian Karl Koch said in Jim Lilliefors’ 2009 book Ball Cap Nation: A Journey Through the World of America’s National Hat. “They were out in the middle of Iowa and places like that. It was an early sign that people wanted this.”

Selleck opened the door, but there’s little debate as to who made off-the-field looks legendary. The rise of hip-hop and its influence on fashion and culture in general turned the fitted into one of the all-time great fashion statements. With the 2017 MLB season celebrating the back half of its opening day schedule today, it’s only right to look back at a list of pioneers who helped make these fitteds just as poppin’ as the pros who get paid to wear them for a living — and, in certain cases, even more. As you’ll see, too, many of these creatives rep their hometowns (like Selleck). There are not many things more hip-hop than putting on for your city. Ask Jeezy. Note: We’re only going with game-day hats. Not the colorways.

Uncomfortable R. Kelly angle aside, Chicago was a huge influence on Aaliyah’s career. It’s where her first album, 1994’s classic Age Ain’t Nothing But A Number (which featured the hit singles “Back & Forth” and “At Your Best”), was recorded. Also, I’m not saying the White Sox fitted could beat the Yankee fitted in a seven-game series. But I’m confident they could at least push it to Game 7.

A$AP Yams’ 2015 death left a gaping hole in rap. The man who contributed to re-energizing the New York rap scene, ran influential tumblrs and helped make A$AP Rocky a household name with more than 5 million IG followers was without a doubt a dominating (and hilarious) culture curator and fitted-wearer. Not really much to say beyond that, other than “Long live A$AP Yams.”

Marriage is all about compromise. So there’s no doubt the Knowles-Carter household is a Yankee household most times. But you’ll never truly take the H-Town, her hometown of Houston, out of her. Case in point, here’s Queen Bey donning a James Harden jersey, too.

More often than not, Sir Lucious Left Foot is rocking some form of Atlanta clothing. Caps on.

As Kanye West once said, Chance is a Chicagoan, until Chicago ends. An official ambassador for the White Sox, the Grammy winner even designed a cap last year.

There have been several variations of the Braves hat over the years. None better than the one you see Ci-Ci sporting here in her “Ride” video.

If Eazy put on for the White Sox, Dre gets just as much credit for constantly repping his hometown team.

Clean Yankee fitted? Patented flip-up glasses? We need to have a serious discussion one day about Kadeem Hardison, aka Dwayne Wayne, being one of the 10 coolest and most influential black people to ever appear on television.

If we’re keeping it funky, it’s NWA who embraced the wave and led the charge in the late ’80s. Eazy often rotated between his “COMPTON” cap, his Los Angeles Raiders cap and this White Sox cap — all of which he immortalized.

Cube, aka Doughboy, rocking the Tigers fitted throughout 1991’s seminal Boyz N The Hood is in the running for greatest of all time fitted. Absolutely no disrespect to Selleck, but O’Shea is the biggest reason there’s a Detroit hat in my apartment right now.

I made the Yankee hat/ More famous than a Yankee can. He rapped this on 2009’s “Empire State of Mind,” and, well, is he lying? Shawn Carter’s worldwide cultural influence makes it hard to argue against him being the greatest of all time hip-hop fitted-wearer — a title I just made up. He’s so committed to the hat he’s requested to be buried in one. I put on for my city/ So when I’m dead and gone, I got one last wish: put my Yankee hat on, he rapped on Young Jeezy’s “Put On (Remix”).

Yes, that is a very nice hat J-Lo is wearing. Thanks for asking.

You rarely saw K-Ci or Jojo without a hat in the ’90s. And many times it was the White Sox hat that half of the greatest ’90s R&B group of all time, along with many others, helped turn into a cultural fashion statement. The simplistic color scheme, the font and the city it repped made it easy to understand why.

Could Mase name three players on the Pittsburgh Pirates roster when this picture was taken? I’ll go out on a limb and say no. But that’s beside the point. Fitteds have never been about flexing baseball knowledge. They have, however, led to some really great pics, as we see here with Mase (before he went to Atlanta and started a church) and Lil’ Kim.

Shea Stadium, home of the Mets from 1961 to 2008, was in Queens. Nas is from Queens. It just makes sense. The Mets fitted is always a nice change of pace from the Yankee iteration, too. You know, if you’re already thinking about cookout attire.

Nelly’s the exception on this list. Not only is he wearing his hometown fitted, had things panned out a tad differently, he would have actually played professional ball. However, I’m fine with him sacrificing his baseball dreams. Selfish, I know. But if Nelly had gone on to become a pro baseball star, then Country Grammar never would’ve happened (see above). And Country Grammar needed to happen.

Port Arthur, the home of UGK, is actually about 90 miles east of Houston. That being said, there might not be a more appropriate picture than Chad Butler rocking the Astros fitted. Butler’s UGK partner, Bun B, went on to design a fitted for the team.

Here’s the Newark, New Jersey, native — and editor-in-chief of Flavor magazine, for all my Living Single fans — keeping it chill at the premiere of Scream 2 in 1997.

The man known as T.I. is a fitted hall of famer. On countless occasions, the Atlanta native Clifford Harris positioned a hat on his head in the weirdest of angles, only to have it somehow stay on his head without having to readjust it, a la the Dodgers fitted he wore in the video for his mammoth 2006 “What You Know About That.”

Fashion has always been part of Teyana Taylor’s game. Look no further than how it’s carried over to her marriage to Cleveland Cavaliers guard Iman Shumpert. Consider this further proof that one can never go wrong with the classic Tigers fitted.

We can go all the way back to 2004 with The Game rocking the red hat and Tyson Chandler Bulls jersey in Jim Jones’ “Certified Gangstas” video. For “neighborhood reasons.” Word to the wise. Just be cognizant of when and where you wear this when visiting Los Angeles. Aside from that, the Reds fitted is low-key one of the coldest hats in rotation, though. A definite must-have.

Biggie isn’t the first person to come to mind when thinking of fitteds. But during his brief time atop rap’s Mount Olympus, he was often dubbed the “King of New York.” Every king needs a crown. Which B.I.G. wore in 112’s “Only You (Remix)” video.

Born in New York. And raised in Baltimore. But if you know anything about Tupac Shakur, no city held his heart like Oakland, California, despite the fact he spent only four years of his short life there. “When I got to Oakland, that’s where I learned the game,” he said in a 1993 interview. “So that’s why I give all my love to Oakland. If I’ma claim a city, I’ma claim Oakland.”

The Nationals fitted is so cold I’ve got (or at least had) it in three different colors. Highly underrated fitted. All still game day colors, of course. If we’re doing power rankings, the Nats cap is a no-brainer for top seven. Catch me on the right day and I’m saying top five.

Aside from its football team, the city of Philadelphia is one of my favorite places. And it also is the proud owner of one of the cleanest fitteds in all the land — evident here from one of the City of Brotherly Love’s most famous sons.

Personally, I’m more a fan of the black hat with the yellow “P,” but that’s just splitting hairs.

Yes, the hat is backward. But I know it’s the Orioles. The orange on the bill gives it away (and I find it hard to believe Jeezy’s wearing another team’s fitted when he already has the Orioles jersey on … an unwritten no-no).

OK, I know I said this would be the hip-hop generation, but you bend the rules for freaking Nelson Mandela. This picture originally scared me. It had to be photoshopped. It just had to be. Mandela, one of the five greatest leaders to ever walk the planet, in a clean Yankee hat (which may or may not be a fitted, but so what) and a satin Yankee jacket? Incredible.