Antetokounmpo has been on a tear

Milwaukee Bucks “point forward” Giannis Antetokounmpo is the wild card among the four favorites to win the NBA’s MVP award (James Harden, LeBron James and Kevin Durant are the other favorites). Antetokounmpo, a native of Greece who turned 23 in December, is a mixture of the size, speed, lankiness, raw power and finesse that’s only seen in the so-called “unicorns” of the league (New York’s Kristaps Porziņgis and Philadelphia’s Joel Embiid and Ben Simmons). But Antetokounmpo appears to have the most upside of any of those players, and he is slowly nipping at James’ heels for most dominant athlete in the league.

27 points, nine rebounds, eight assists, one block and one steal on 57.9 percent shooting in a 110-96 win over the Chicago Bulls on Sunday afternoon.

At any point in a game, Antetokounmpo is one of the quickest and longest players, and the best ball-handler. In one play against the Bulls, he was all three.

Antetokounmpo received the ball at the 3-point line, hit Nikola Mirotić with the Hesi, and slid to the basket for what should’ve been a made basket. The ball careened around the rim like a missed putt, though, and bounced around two Bulls players’ hands before Antetokounmpo outstretched both defenders, gathered himself, and then two-hand slammed it in the face of Denzel Valentine.

Antetokounmpo asked Denzel if he would be his valentine, to which the Bulls forward respectfully declined.

Giannis with the board & slam!! 💪 pic.twitter.com/RtkSNzo5yM

The Bucks social media team, being its usual sassy self, rubbed more salt into the Bulls’ wound.

This play could have been filed under the “Did he yam on someone?” category as well (we see you down there, Justin Holiday), but mercy, mercy me, Sunday’s #SCtop10 list is rendered obsolete after what he did here.

Antetokounmpo went around a John Henson pick-and-roll and, to his delight, drew Robin Lopez as a defender out on the perimeter. Antetokounmpo led Lopez to the left, hit a quick crossover that had the Bulls center’s ankles doing the Wobble, went back to the left, and just as Lopez got back into position, Antetokounmpo put him in the spin zone before taking off from the top of the restricted area and juke jamming it home.

The Bulls haven’t been embarrassed like this since the 1998-99 season. Michael Jordan ain’t walking through that door.

Antetokounmpo — and the Bucks in general — continues to play well after the firing of head coach Jason Kidd on Jan. 22. In two games since the coaching change, Antetokounmpo is averaging 34 points, 11 rebounds, 7.5 assists, 1.5 blocks and 1.5 steals on 64.1 percent shooting (3 of 3 on 3-pointers). The Bucks are 3-0 under interim coach Joe Prunty, winning on average by more than 14 points.

While it’s a small sample size, Antetokounmpo appears to have expanded his game out to the perimeter since Prunty came on board. He didn’t attempt a 3-pointer against Chicago on Sunday, but he was perfect from deep against Brooklyn two nights earlier, and has moved his shot selection out from his self-made home: the restricted area.

In the Bucks’ first game of the season versus Boston, Antetokounmpo made just one shot outside of the paint:

Giannis shot chart the first game of the season vs. the Celtics pic.twitter.com/d8OZO1xGyp 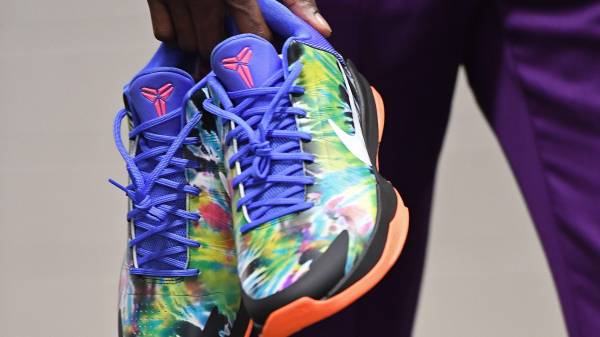 Against Chicago and Brooklyn the past two games, he’s appeared more confident in his jump shot.

Giannis shot chart the past two games vs. Bulls and Nets pic.twitter.com/I9k1BDfsSP

After the Nets game, Antetokounmpo, sounding real Mambaish, told reporters that he’s going to attempt more 3-pointers — and by proxy, more deep midrange shots — going forward. “If I’m open, I’m going to shoot it. Hopefully I can make it, but I’m just going to play everything in the flow of the game.”