Antetokounmpo and Mudiay have a meeting at the rim

Milwaukee Bucks “point forward” Giannis Antetokounmpo is the wild card among the favorites to win the NBA’s MVP award (James Harden, LeBron James and Kevin Durant are the other favorites). Antetokounmpo, a native of Greece who turned 23 in December, is a mixture of the size, speed, lankiness, raw power and finesse that’s only seen in the so-called “unicorns” of the league (New York’s Kristaps Porziņgis and Philadelphia’s Joel Embiid and Ben Simmons). But Antetokounmpo appears to have the most upside of any of those players, and he is slowly nipping at James’ heels for most dominant athlete in the league.

You could say that. Antetokounmpo was left alone on a fast break in the opening minutes of the first quarter, which is the exact opposite of what you want to do. It’s like neglecting to put your parking brake on when parked on a decline. Antetokounmpo received a pass from Bucks guard Eric Bledsoe from about 30 feet out from the basket, took one dribble and “gyro-stepped” it all the way to the basket as Lance Thomas, Emmanuel Mudiay and *checks notes* Tim Hardaway Jr. looked on.

If you recall, Hardaway Jr. was the Frederic Weis to Antetokounmpo’s Vince Carter when the teams met last month, with the Bucks forward gliding over the 6-foot-6 Knicks guard to finish an alley-oop (the Bucks commemorated that dunk with a disrespectful T-shirt before the game). Hardaway Jr. is still having nightmares from that night, hence why he made a business decision to get out of the way this time.

You can’t see it in this video, but Hardaway Jr. tucked in his chain like Red when he saw Antetokounmpo charging down the court.

With less than 10 seconds remaining in the third quarter, and the Knicks on a 12-7 run, Mudiay blew past Bucks guard Sterling Brown and appeared to have an open lane to the basket to tie the game at 91 heading into the fourth. But Antetokounmpo came out of nowhere at the last second, met Mudiay at the rim and sent his shot straight toward the cameramen seated on the baseline. It was like the final scene in The Great White Hype when James “The Grim Reaper” Roper asked Terry Conklin, “You trying to embarrass me in front of my family?” before knocking “The Great White Hope” out cold to retain his heavyweight title.

I’ll preface this by saying that, yes, the Bucks beat the Kristaps Porzingis-less Knicks, so there’s not much to celebrate here. Especially with the Bucks having lost six of their previous eight games coming into Friday and Antetokounmpo coming off his worst scoring month of the season, averaging 22.6 points on 47.7 percent shooting in February. Not to mention, the MVP race has gotten more crowded in the past couple of weeks, with New Orleans Pelicans center Anthony Davis and Portland Trail Blazers guard Damian Lillard joining Harden, Durant and James in the conversation. 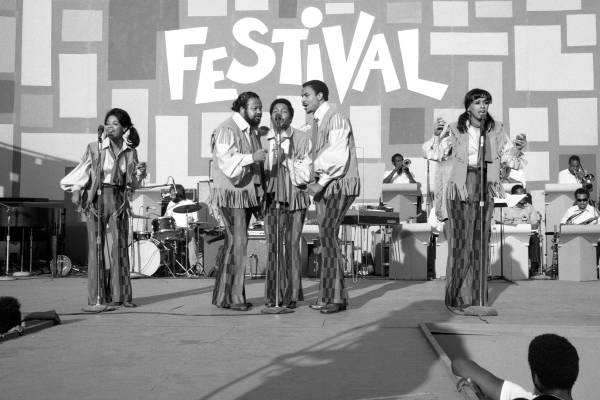 But on a night where Harden and Davis lost, snapping a 27-game winning streak between the two teams, Antetokounmpo and company handled business against the Knicks. The Greek Freak scored 13 of his 28 points in the fourth quarter (the most he’s scored in the fourth since Feb. 9 against the Miami Heat, according to ESPN Stats & Information), swelling a two-point lead to as high as 16.

His true MVP moment of the game, though? Taking the opening tipoff and hiking the ball to Bledsoe, who for some reason did a pushup before initiating the offense. It’s like calling your shot in baseball.