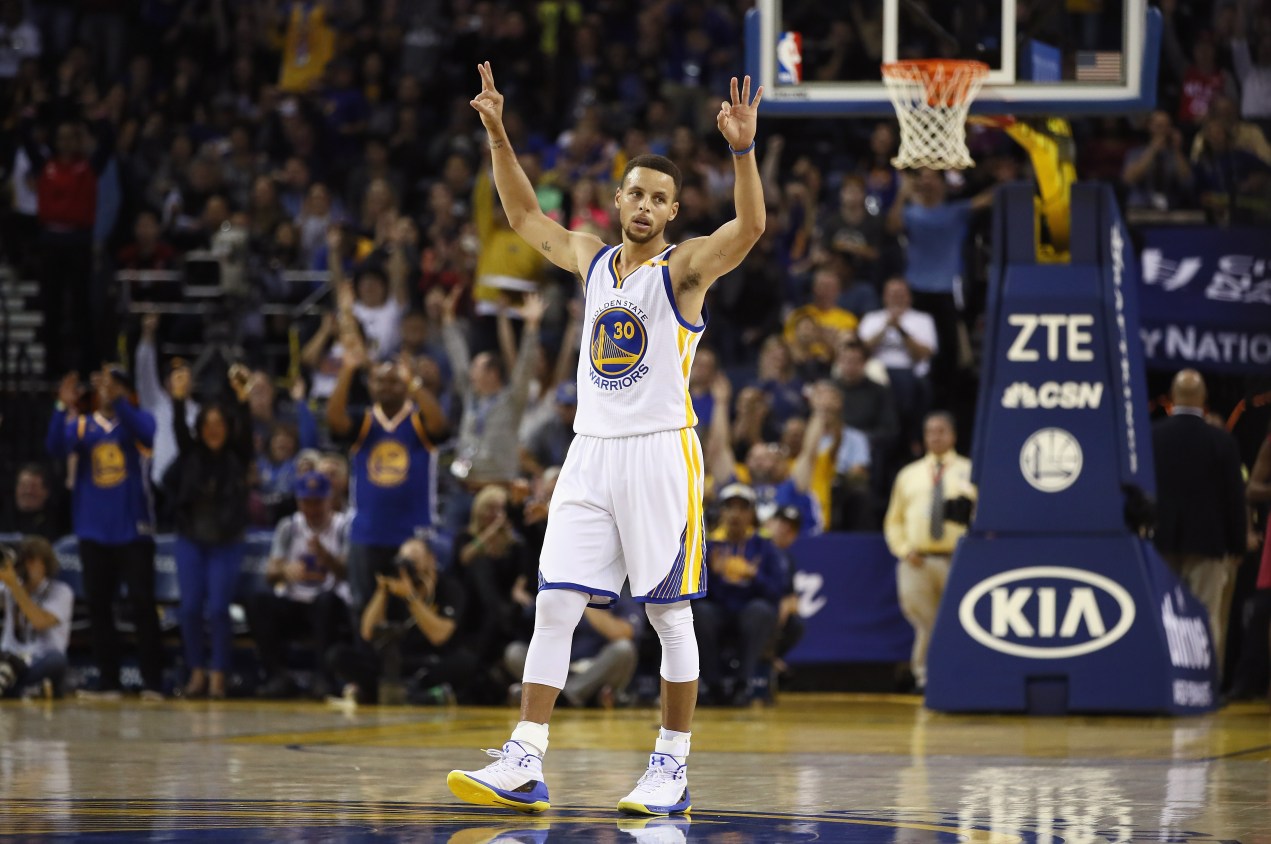 Steph Curry’s crossover is strong — especially off the court

His Under Armour and Brita commercials reveal his marketing appeal

Stephen Curry has even more range than you think.

This goes beyond draining 30-foot shots. This is demographic range, the ability to dip into widely divergent cultures and be comfortable in both.

It hit me when two distinctly different Curry commercials ran during the same commercial break in a recent game.

The first one, “Make It Old” for Under Armour, features a predominantly African-American cast of kid hoopers rattling off his accomplishments, chastising him for coming up short in the NBA Finals, challenging him to do more. It finishes with an uplifting gospel flurry. It is, unquestionably, the blackest Curry commercial to date.

“I guess you could say that,” Curry said with a laugh. “There’s a lot of black kids in there, for sure.”

Next came a commercial for Brita water that features a young white girl in a suburban-looking park. Curry walks by and delivers the tagline at the end, much to her delight. It feels like an alternate world from the Under Armour ad. The only constant is Curry.

“The Brita thing … it is a different demographic,” Curry said. “It’s not purposeful, in the sense of ‘Let’s put this out at the same time’ kind of deal. But I feel like I’m a pretty versatile [person]. So I just try to be as real as possible with what I put out there.”

What’s significant is that one didn’t come at the expense of the other. They can coexist. More than ever, we need reminders of coexistence.

There’s another interesting difference in the tone of the ads. In the Brita commercial, Curry validates the girl – literally adding his endorsement. In the Under Armour ad, it feels as if the kids are validating Curry. ‘Hood approved, even if they are calling him out. What matters is that he matters to them.

The authenticity comes from the fact that the kids are from Oakland, California, nonprofessional actors whom the casting directors found at local basketball courts. This is particularly important amid the Golden State Warriors’ announcement that they will be heading across the bay to a new arena in San Francisco in three years and the Oakland Raiders bent on leaving for Las Vegas. For now, the Warriors are still about Oakland. And when you’ve got Oakland basketball players, you’ve got a commercial that looks like this.

Curry said: “The Oakland side and the fan base the Warriors have had for a while is important and something that should be represented well, with this being my home for the last eight years.”

He said the kids in the commercial reminded him of the kids he played AAU ball with when he was growing up in Charlotte, North Carolina. It felt like his roots. The other home element was the gospel choir, reminiscent of the Central Church of God he attended in Charlotte — with a reminder that there is nothing on Earth that can’t be improved by adding a gospel choir.

The concept for the ad began in the midst of the NBA Finals, when the Warriors had a 3-1 lead against the Cleveland Cavaliers. It was going to be an extension of what had come before: the continued excellence of Curry.

“I don’t think it was a secret that the development of this spot coincided with a stark shift of a narrative,” said Tim Gordon, group creative director at the Droga5 ad agency.

“For the first time in a couple years, he really had something to prove again, that he had let down the Bay Area, that the adulation that he had received was no longer warranted,” Gordon said. “And that he was insanely dedicated to coming back bigger and better and stronger than ever.”

“The spots always felt solo,” said Gordon, who had worked on three previous ads with Curry. “They were focused on his ability to hit an insane amount of 3s or rack up assists. When we injected a larger narrative and a group and his community, it takes a shift, it becomes a different beast.”

It became more … Oakland, and all that comes with it.

“These are the people that he felt that not only is he playing for, that he let down,” Gordon said. “He may be his harshest critic, but he really plays for the community. We wanted to make sure that everything was authentic, that these were real kids, these were real ballers.”

Shout-outs in Drake songs are nice; stamps of approval from the streets mean more.

“It was cool to just see them out there,” Curry said, “Doing their thing, talking and telling my story with their flair to it.”

It’s just as cool to see Curry interspersed with them, a part of this place, no matter where else he might roam.